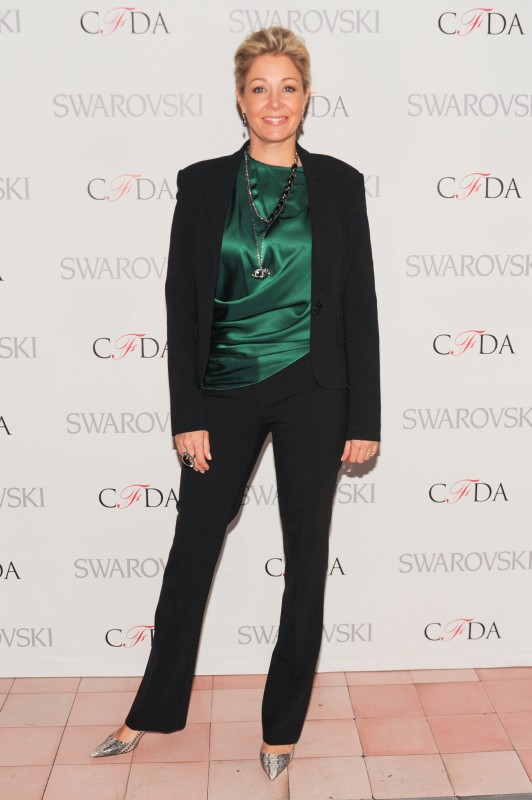 These days, it’s hard to think of the CFDA Awards without thinking about Swarovski: Tonight, the brand celebrates their 14th year collaborating on the fashion Oscars and generously supporting once emerging designers such as Alexander Wang, Jason Wu, Lazaro Hernandez, and Jack McCollough. On the day of the big show we asked Nadja Swarovski to look back on some of her most memorable moments from over the years including her all time fave look.

Why is the relationship between the CFDA and Swarovski so important?
Our partnership with the CFDA is a fantastic opportunity to support the wider American fashion community, whilst recognizing and fostering America’s greatest emerging fashion talents. We’ve seen the powerful impact that winning a Swarovski CFDA award can have on the career of the designer, from being an emerging designer to today’s influencer.

How did the partnership first come about?
Before I joined the family business, I had the honor of working for Eleanor Lambert, who was an inspirational figure across the fashion world. Eleanor founded the CFDA many years ago, and when we were approached to support the awards it seemed like the perfect partnership.

What’s been your most memorable night at the CFDA Awards?
2011 was very special as we celebrated the 10th anniversary of Swarovski supporting the Awards; 21 previous recipients of our emerging talent awards joined us on the stage in honor of our support of young American designers over the last decade. Diane von Furstenberg, who has been a great supporter of the fashion industry, presented us with a bespoke crystal-embellished Trova award specially handcrafted by our friend and collaborator Philip Crangi.

Any red carpet looks that stand out as favorites?
At last year’s awards show, Rihanna wore a custom-made Adam Selman outfit covered with over 200,000 Swarovski crystals. It was one of those flashbulb moments that captures the zeitgeist, but there was also something timeless in the way it referenced that classic dress by Jean Louis worn by Marilyn Monroe when she sang happy birthday to President Kennedy, which was also covered in our crystals.

What’s been the most memorable show to you over the years?
In 2010, Alexander McQueen was honored with the Board of Directors’ Special Tribute Award by Sarah Jessica Parker for his incredible contribution to international fashion. He was such an important creative collaborator for us, so it was special to see the live presentation of his final 16 looks, which were shown on models who appeared on a custom-built stage by Tony-Award winning set designer Scott Pask.

Any plans yet for the 15th anniversary of the Swarovski and CFDA partnership next year?
You’ll have to wait and see!

Have you ever won anything?
In 2013, I received the Brand Visionary honor from FGI (The Fashion Group International) at their 30th Anniversary Awards Gala. The award was presented to me by Diane Von Furstenberg. This was a huge honor, but so much of what we do is about teamwork and creative collaboration. It is a spirit that goes back to my great-great grandfather Daniel Swarovski, which is still so important to us 120 years later.