Studs Opens Its Doors On The UES Today 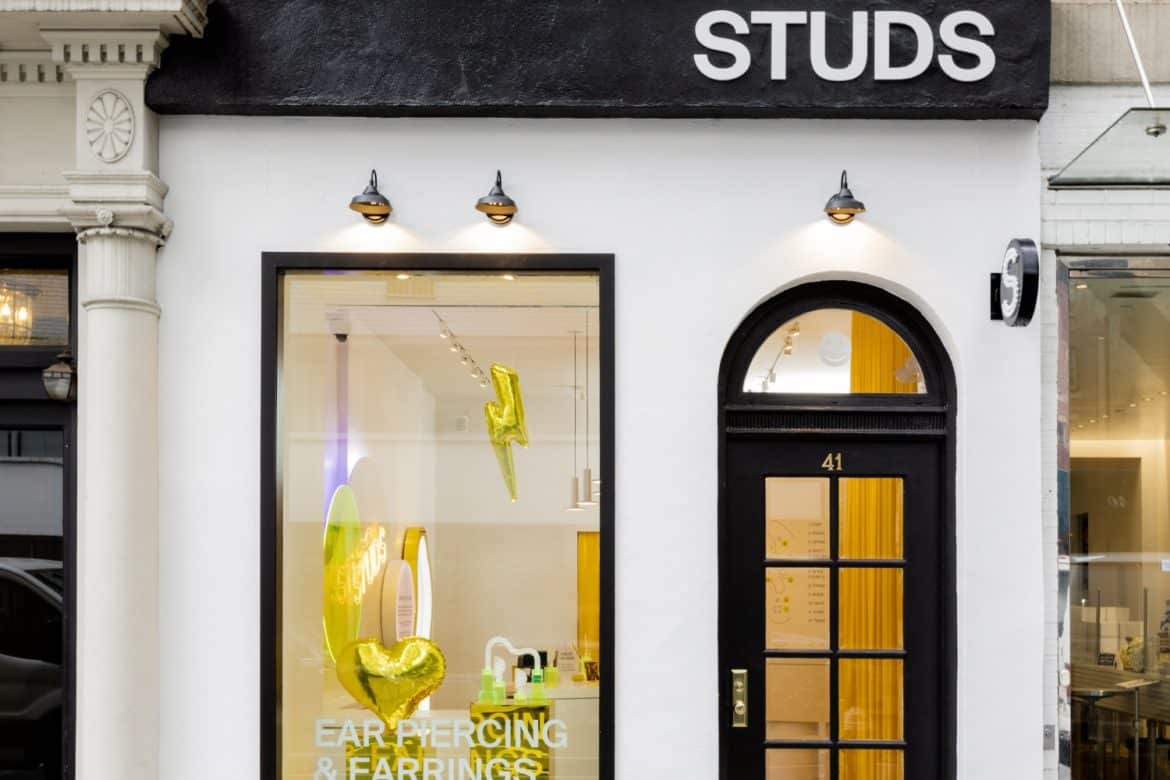 Popular piercing parlor Studs, beloved by Millennials and Gen Z for both their affordable ear-piercing services and jewelry offering, is opening its second NYC store today. Now located at 41 E 78th Street between Madison Avenue and Park, the brand spanking new 650 square foot location follows in the footsteps of the brand’s existing Prince Street store, which has been a go-to destination for those in pursuit of the ever-popular ‘curated ear.’

The latest store is inspired by Breakfast at Tiffanys, with Studs’ co-founder and CBO, Lisa Bubbers, working on the concept with architectural designer Madelynn Ringo to bring the idea of an immersive jewel box to life via store furnishings, accents, and color palette. 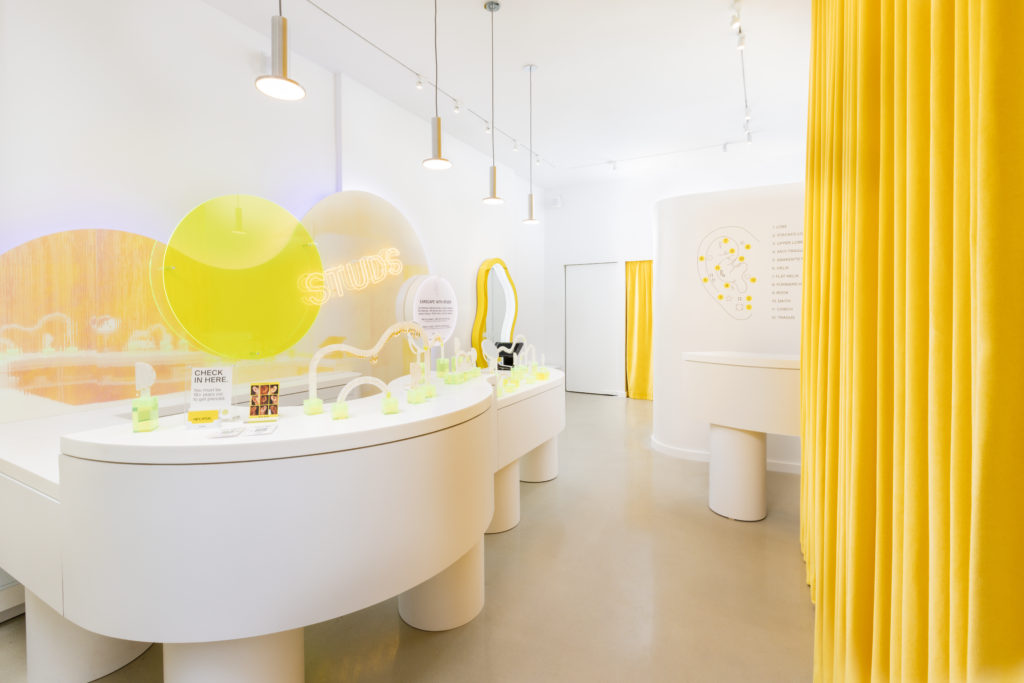 As the Nolita store has often racked up a four-week waiting list for appointments, the new ‘Earbar’ is sure to be just as popular, so plan your visit pronto. Further afield? There are also Studs locations in L.A., Boston, Austin, and Miami is soon to become the latest jewel in the crown.

While, like so many others, Studs was forced to shutter its doors last year, the NYC-based company has continued to support the city throughout the pandemic, recently donating $15,000 to Chinatown Love. This time around, Studs is celebrating the opening of its Upper East Side store by donating to the Coalition For The Homeless, a New York-based charity providing services for more than 3,500 people a day.

Pop in to pick up something from Studs’ recent NYC-inspired collection…and stay tuned to hear where location #3 will be setting up shop soon!