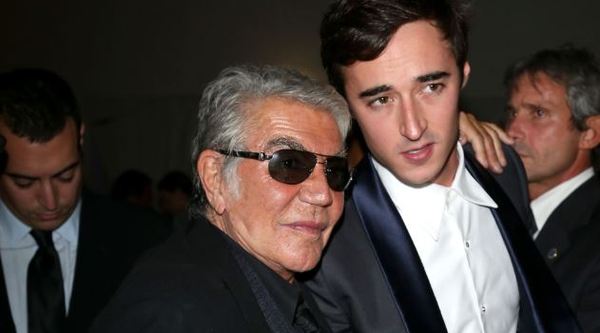 Change is in the air chez Roberto Cavalli! First up, the designer’s son, Daniele Cavalli, who is the creative director for menswear, is stepping down from the post he’s held since 2011. The Italian designer’s exec board will be facing a massive shake-up, with Cavalli himself stepping up for even more responsibility.  Also bidding adieu to Cavalli are the label’s CEO, Gianluca Brozzetti and COO, Carlo Di Biagio, an executive duo who arrived at the maison together in 2009. Brozzetti joined the fashion company from a stint as the CEO of Nautor’s Swan, a Finnish yacht company, which was preceeded by a handful of senior positions at Bulgari, Gucci Group, and Louis Vuitton, as well as gigs at McKinsey & Co. and Proctor & Gamble. Di Bagio has also been tied to P&G, where he was a finance director for the Italian branch of the company. As for Roberto himself? He’ll resume the position previously held by his son, and will share Brozzetti and Di Biagio’s responsibility with Daniele Corvasce, who acts as the brand’s counselor and corporate legal affairs director. The drastic changes have spurred rumors that Cavalli will take his company public (with private equity group Permira) in the foreseeable future. However, the label has disputed those claims, mentioning that there is not even a primary agreement along those lines. Intriguing…Stay tuned!