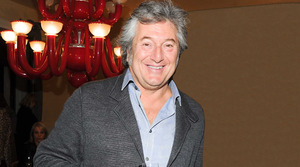 (NEW YORK) An extensive rescue team of over 385 people is still scouring the Venezuelan coastline for Missoni CEO Vittorio Missoni, his wife Maurizia Castiglioni, and four other passengers (including the pilot) who were aboard the small Britten Norman BN2 Islander prop plane that went off the grid on Friday, January 4. The crew took off from Los Roques on Friday morning after vacationing in Gran Roque, a resort island near the Venezuela mainland. The plane was scheduled to fly to the Simon Bolivar International Airport in Maiquetia, but dropped off the air traffic control’s radar shortly after takeoff at 11:29 a.m. local time, about 95 miles from Venezuela. The Missoni’s elder statesman planned to fly later that night to Madrid and finally Italy, where the Missoni team is busy at work preparing the Fall 2013 collection.

Missoni was founded in Gallarte, Italy in 1953 by Ottavio and Rosita Missoni. Their three children took over operations in 1996: Angela Missoni as designer and Luca Missoni as creative director. Vittorio Missoni manages the commercial and manufacturing operations and has played a key role in the international expansion of the company. Luca Missoni is reportedly en route to Venezuela to oversee the rescue process, while the rest of the Missoni clan is amping up efforts at home.

A Twitter campaign has been launched by the Missoni brood, using the hashtag #FindVittorioMissoni. Vittorio’s eldest son, Ottavio Missoni, Jr., wrote on Sunday via Twitter: “Please help us find my father!” Anyone with additional information pertinent to the rescue mission can phone the Italian Ministry of Foreign Affairs or email the Ministry at Unita.Crisi@Esteri.It.
MARIA DENARDO

Look of The Daily: Helen Mirren in Escada

Beauty Made in Italy Spotlight: Skin&Co

Wildfox Serves Up A Chic Slice Of...