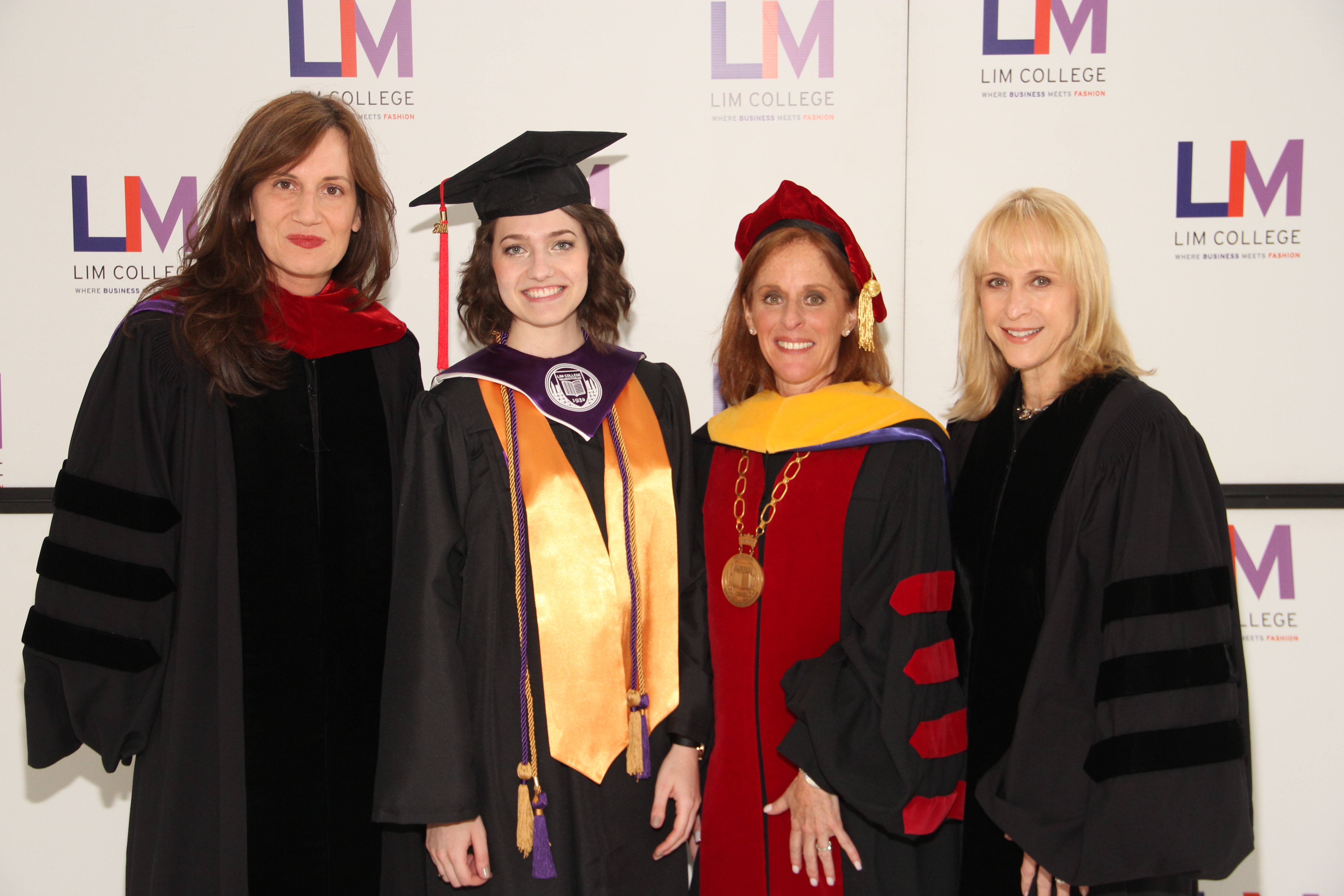 The next flock of LIM College’s fashion industry aspirants nabbed their diplomas at the school’s  75th Commencement Ceremony. And while this year’s graduating class of 425 is the largest in the school’s history, the important anniversary for the college was honored as well. The day’s events further  highlighted the school’s strong bond with alums, with a handful of past graduates adorning the stage alongside faculty and staff. Additionally, two former students were distinguished with high honors: Daniella Vitale, COO and senior executive VP of Barney’s and Neva Hall, EVP at Neiman Marcus. But first, the school’s president, Elizabeth Marcuse, welcomed the grads and their families with a few motivating words. “Your education has put you on a leading edge of a revolution. With your command of social media, e-commerce and emerging technologies, you will help lead the fashion world to new horizons and future prosperity. You will not only shape what we all wear, but how we think and relate to each other on a global scale,” she told the crowd. In addition to her speech, Marcuse was given an honorary degree, with her father, president emeritus Adrian Marcuse, helping with the celebratory hooding ceremony.

Vitale was the keynote speaker for the day, sharing tidbits of wisdom with the eager graduates, despite the fact that she didn’t walk at her own graduation in 1986. “Recently there have been a lot of protests and withdrawals of commencement speakers. I was very concerned that something would come up from my background in New York City, but the only thing I came up with were very bad hairstyles from 1986. So I’m very happy I made the cut,” Vitale joked in her opening words. “I sold shoes at Orva on 86th Street, cosmetics at B. Altman, and I was a dresser for many fashion shows. The school and faculty made me realize, very early on that a strong work ethic, discipline and consistency matter,” she said about her time in the hallowed halls of LIM. After Vitale’s speech, the class of 2014’s valedictorian, Shannon Oriole, had her chance to address the crowd. In August, she will be launching her career in Macy’s Executive Development program as an allocator. With so many honorable alumnus and bright students in the room, the class of 2014 has some pretty chic successes in store.