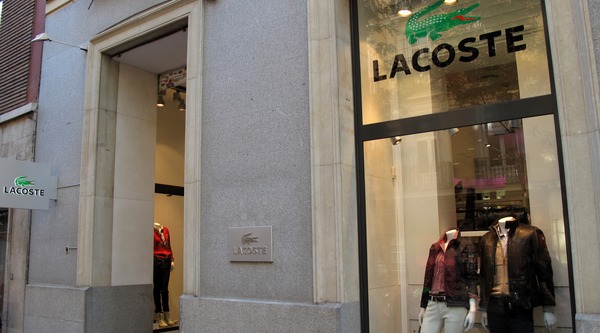 (NEW YORK) Lacoste has a new chief executive officer on board: José Luis Duran is set to succeed Christophe Chenut, helming the croc-festooned brand. In November, Lacoste was acquired by Maus Frères SA, a Swiss retail group which counts brands like Gant, Aigle, and Manor department stores among its roster of properties. Last month, Lacoste’s board convened to appoint Duran to his exec post, as well as Didier Maus’ new title of board president. After four years in the CEO capacity, Chenut is parting ways with Lacoste, but will maintain the CEO title at Lacoste’s global apparel licensee, Devanlay SA. Duran joined Devanlay in August 2011. Prior to his involvement with the Lacoste klatch, Duran was at hybrid supermarket retailer Carrefour, where he was CEO and chairman of the management board.