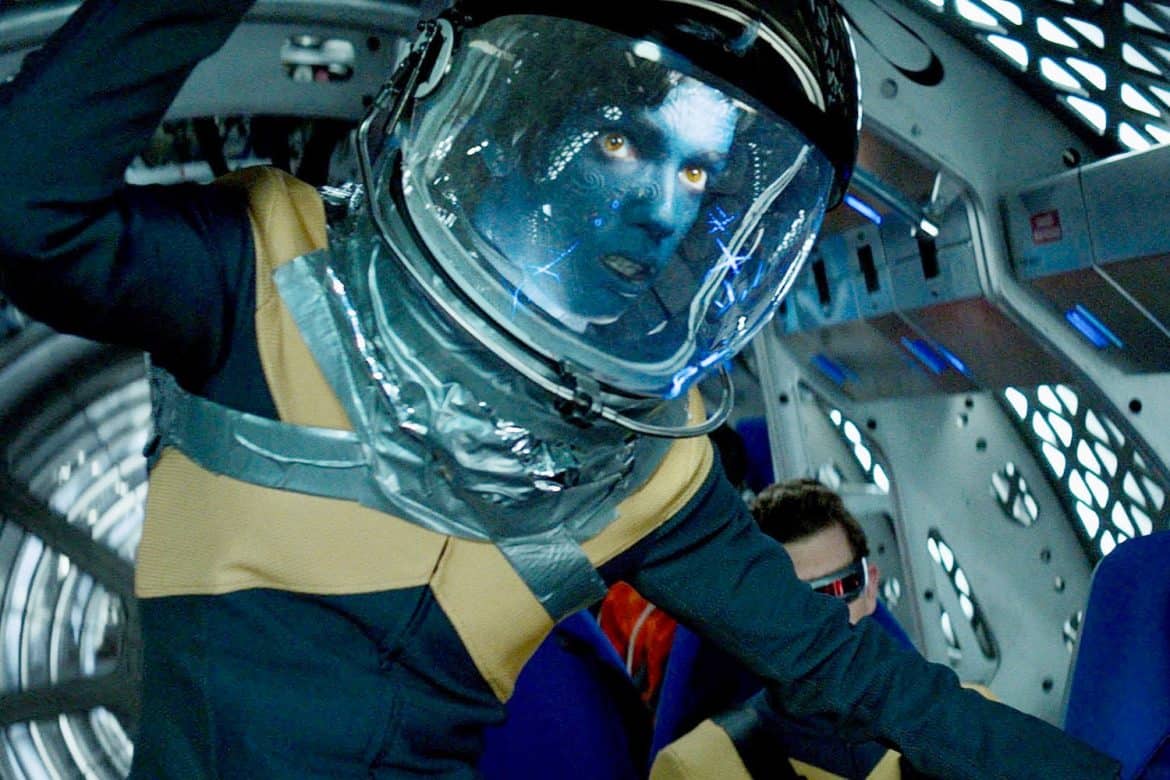 Kodi Smit-Mcphee might play a teleporting mutant on the big screen, but he’s a philosopher through and through. The Daily met up with him in the Hollywood Hills to talk about super heroes, super powers, psychedelics and his uniquely spiritual journey to stardom.

How did you get into acting?
I was born in Adelaide [Australia], but my father moved us to Melbourne for his own acting career when I was three and got me into acting when I was eight.

There was really a craft that my father taught me that I feel is very unique. If you can bring yourself to know your character, know your character’s past, his upbringing through his circumstances, environment, his future, why this is his motivation, and how this will lead to his destiny, you can be in the reality of each moment. I don’t know how he taught me this as a kid so well! My Dad had a very grounded approach in teaching me his craft, and teaching me to stay humble, grounded, and grateful. I’ve really worked for everything I got and everything I am. 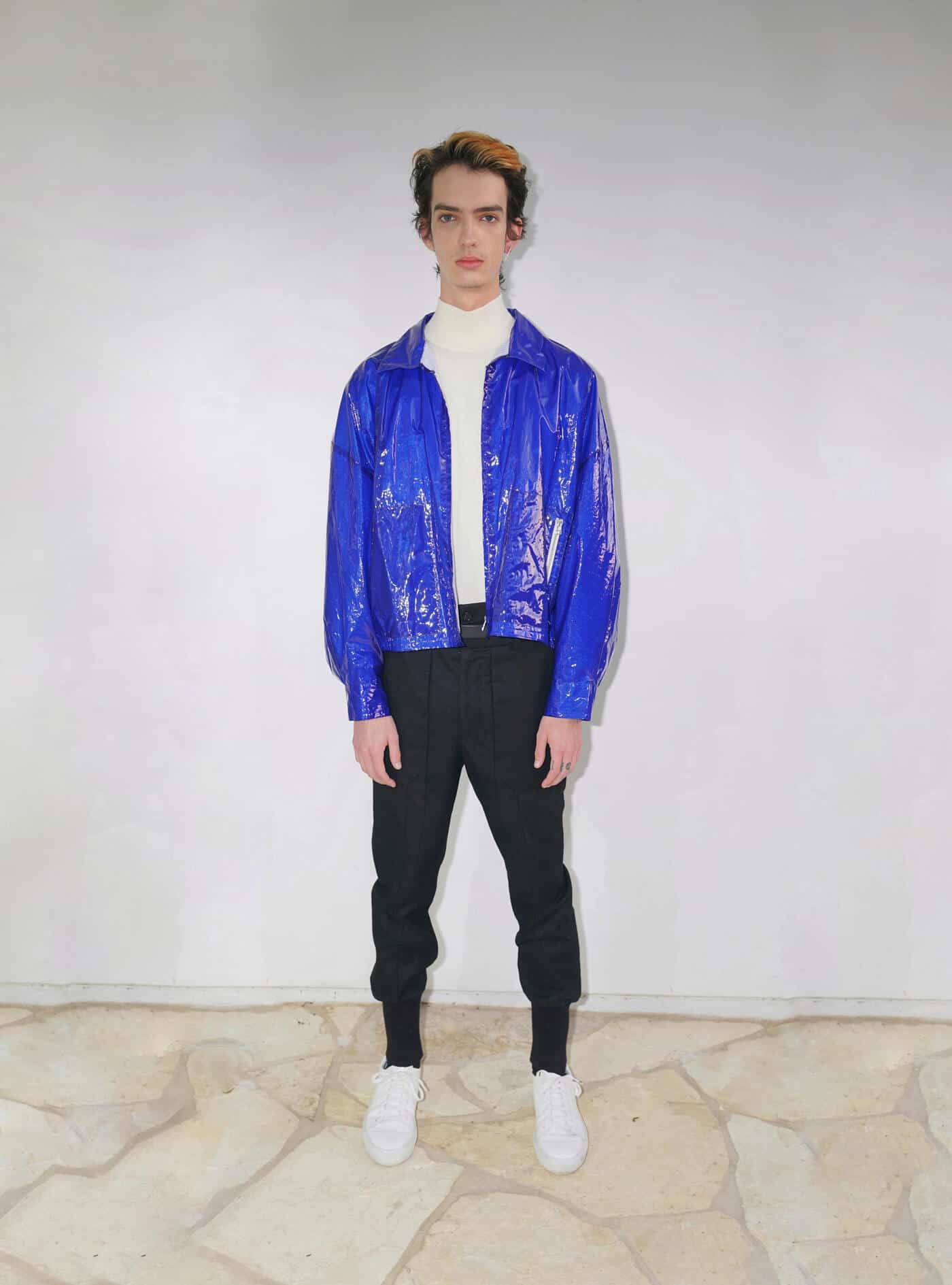 Talk to us about your role in the upcoming ‘X-men: Dark Phoenix’ [in theaters June 7]. What was your process like for that?
I play Nightcrawler. I’ve always wanted to push the boundaries of what I can do, possess, and express as an actor, because I know I have the ability, and that manifested quite quickly in the form of Nightcrawler. He required four hours of hair and makeup, so I would be there very early in the morning, around 3:00 A.M., and meditate while the team got me into costume. He’s completely blue, has red eyes, sharp teeth, and can teleport. He has silicon hands and feet and a tail that I had to maneuver myself.

Is there anything about your character that you see in yourself?
One hundred percent! I think that’s the beauty of X-Men and superheroes overall. We both have lived through our own trials, tribulations, and suffering. He was bound to a circus and never really knew his origin. He never knew why he looked the way he did. And in that he became religious and spiritual. I see his timidness and almost comedic humor and shyness but also bravery, which I relate to a lot as well. It’s been interesting. 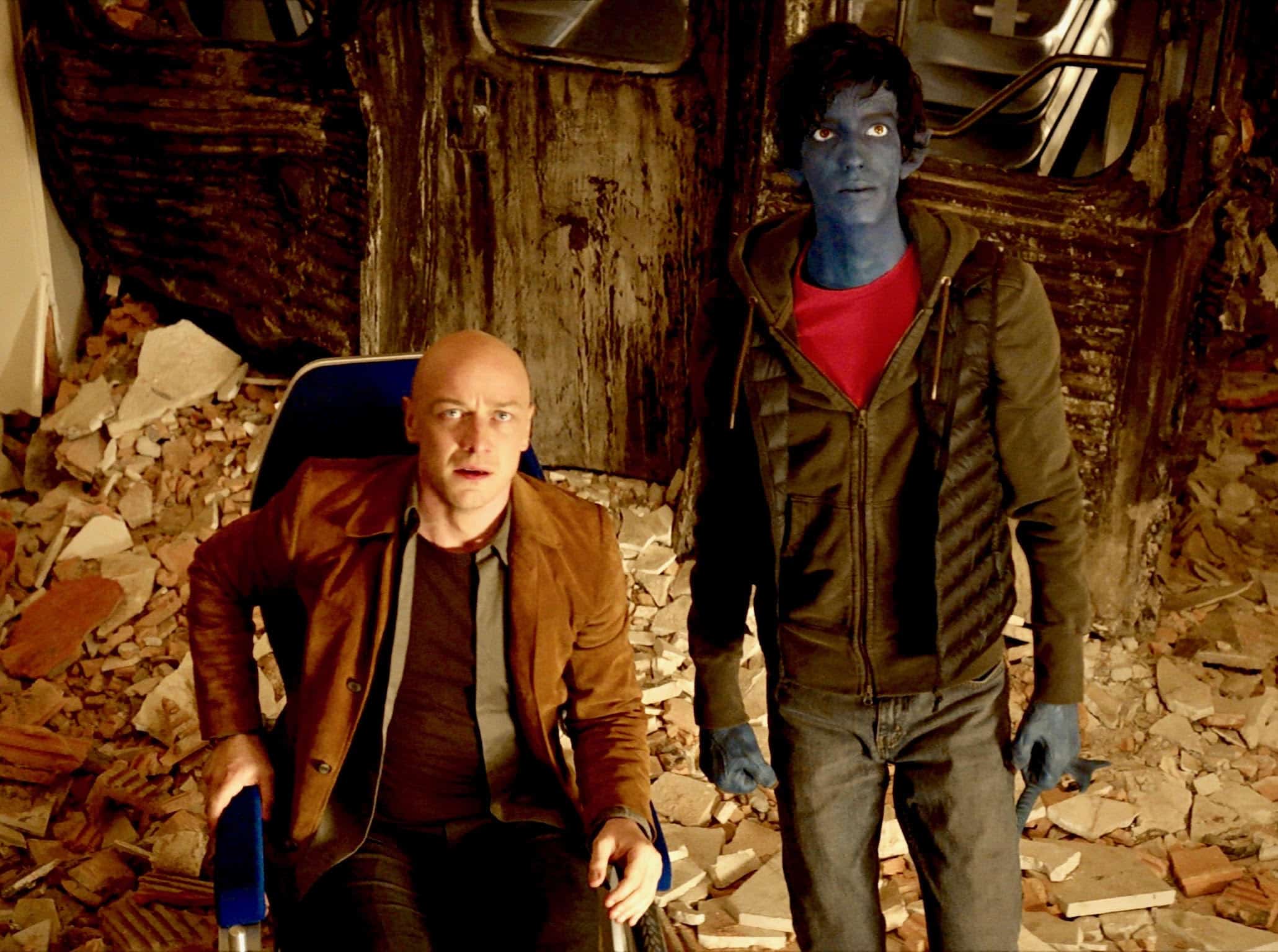 Kodi Smit-McPhee in a scene from “X-Men: Apocalypse.”

Can you discuss any of your own trials and tribulations and how you you overcame them?
When I was 16, I was diagnosed with A.S (Ankylosing Spondylitis) which is an auto-immune disease in the form of arthritis that targets the spine. Doctors told me it couldn’t be cured and, ultimately, I would have what’s called “bamboo spine” where the vertebrae all connect as one. As you can imagine, this was terrifying but I had hope mostly because I didn’t want to believe that this was it for me. That hope led me on the search beyond what western doctors were taught in medical school. And if I may say so myself, they take far too much pride in whatever they’re taught because when I penetrated holistic and eastern remedies, I found many paths that could lead me to remission. They simply take more effort, continuity, faith, and confidence to approach, rather than popping a pill or getting a quick fix surgery.

The main effect this had on my life was the questioning of why this happened. This led to an even deeper search into esoteric philosophy, mythology, eastern spirituality, and quantum physics. And even when I loosely name these subjects, it’s not the half of what I ended up filling my bookshelves with. I truly believe I found the answers to what I was looking for and I continue the study today because I enjoy educating myself. The true work comes in applying the things I learn to my life — that’s the hard part — but in achieving these things, I will reap the great reward of becoming a better, healthier, happier man.

If you could have one superpower in real life what would it be?
It is so mainstream, but I would say flying! I mean, I don’t want to be a false god, but I wish I could help people see the truth of their nature. I know this is going into some deep stuff, but psychedelics and meditation and certain processes can lead one’s ego to their true self and self realization. I wonder if there could be a super hero that could simply do that to people in the spur of a moment. I think it would help the whole world.

You bring up psychedelics… So I have to ask! Is this something you have dabbled in?
In my studying of the wide range of teachers I looked up to, Terrance McKenna and Ram Dass were two of the wisest men of the ’70s. They expressed the truths of psychedelics and the clear distinctions between such substances in comparison to the horrible man-made drugs out there. Psychedelics are known to have the ability to reveal our true selves beyond the illusion of our ego. One may very well go through what’s known as an ego death, where everything you thought you were shatters against the fundamental reality of your pure consciousness. This effect is known to not only enlighten people on the mysteries of the universe and one’s place in it, but can heal depression and anxiety as the infinite beauty of your being is revealed. This is ultimately why the movement of the ’70s was shut down by the governing bodies of our western world. They saw the youth becoming empowered by love and they were growing in numbers as the effects of fundamental truth reached more and more people. This was a threat to the leaders of society, as it goes against their agenda that we usually blindly uphold. Such things are still practiced today and in many ways the New Age reflects many elements of the awakening of the ’70s and the seeds that psychedelics planted are flourishing. I may or may not have dabbled with such things after immense amount of spiritual practice in meditation and research. And it may have brought me a new perspective on life, one that will never leave me and only confirmed in direct experience, the truths I discover through intellect. I need not do this so much anymore, though. Again, it’s about applying what I learned. For if I leave this realm with just data and information and do not manifest it into the world and my being, it will do nothing for me.

Fascinating! So what else are you working on?
I worked on a dystopian, cyber punk-themed movie which expressed topics on our minds today regarding global warming and our possible future. My character goes on a journey through a time machine to find a cure for the dying world. As I’m propelled from space onto the earth, my suit explodes and I catch on fire. I was actually set on fire for this from head to toe! I was worried at first, but in the end, I absolutely loved it and asked to do it many more times [laughs]. It was definitely more enjoyable than being stuck under plexiglass in a 12-foot deep tank with 80 pounds of bear fur on me, which I did for the film “Alpha,” where my character fell through the ice and was trapped underwater. 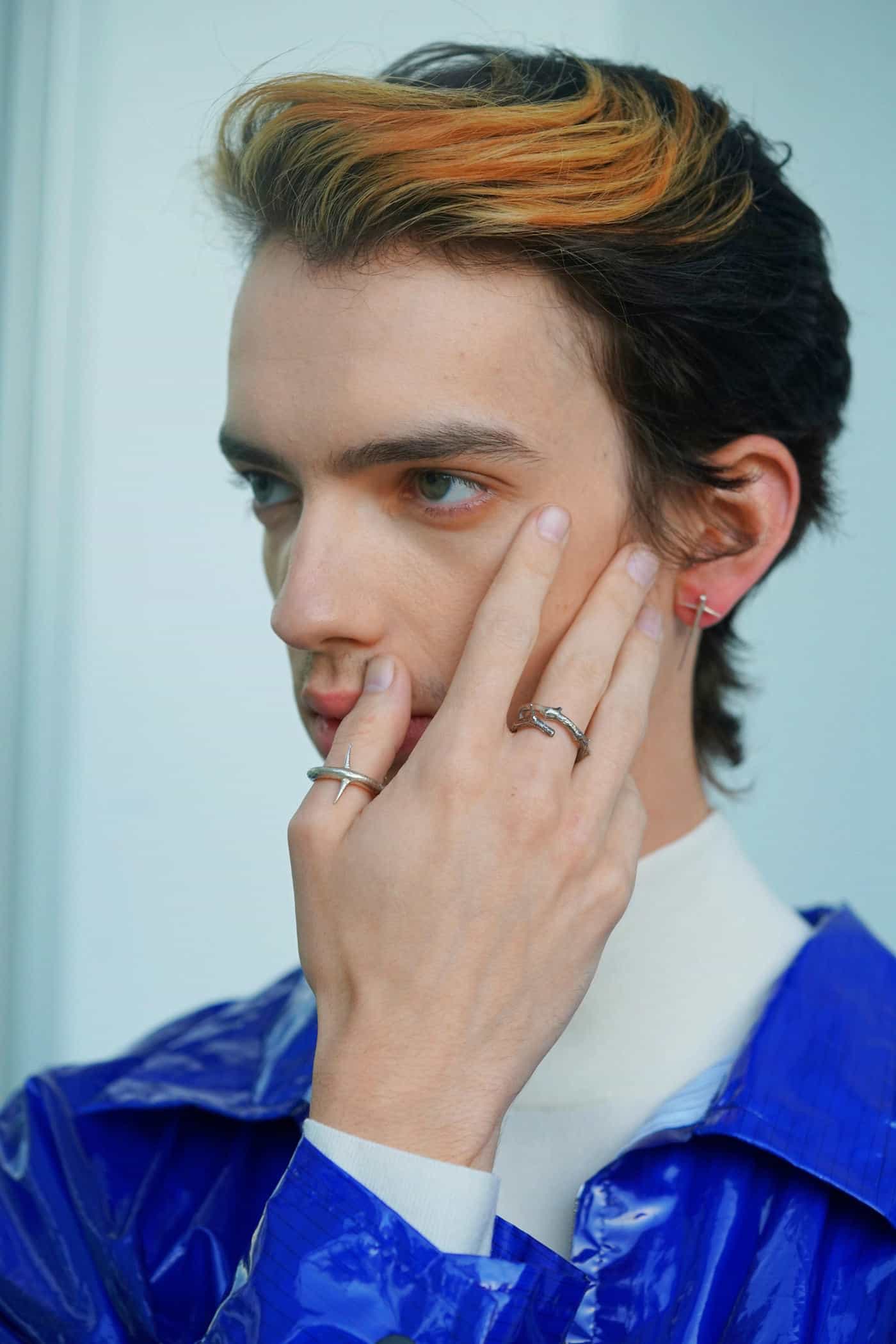 What would you do if you weren’t acting?
I love all forms of art and think it’s healthy for the creative parts of the mind to practice multiple forms of expression. I used to paint a lot — mostly surrealism, as I’m a huge fan of Salvador Dali. I also make music — both writing and producing what I feel is alternative rap. But if I wasn’t acting, I’d be a philosopher and probably a director, which is something I still plan on becoming. It’s the perfect vessel to express the deep truths I’ve discovered on my spiritual journey.

You have also been making your mark in fashion — you were recently the face of Kenzo. How would you describe your personal style?
I feel I want to inspire people, as fashion does overall, to be free, to realize how much not only your body, but obviously, in our day and age, how far we’ve come from the tribal days, that your fashion is a symbol for who you are inside. For me personally, if you have no boundary in your fashions, if you don’t fear anything, what you wear says a lot about who you are too.

How do you hope your career will evolve from here? What do you want to be known for?
The goals of one’s personal life and career should somewhat go hand in hand, so in this, my goal is to go to bed each night with peace in my heart and mind, to remain content on my mission to better myself each day. When it comes to career, I want to continue to show the diversity I’m capable of and bring people on the journeys they love to go on, while hopefully sparking that inner curiosity for the larger questions of our existence.

‘Guardians of The Galaxy’ Comes To Our...

Night Of Fright At The ‘Deliver Us...