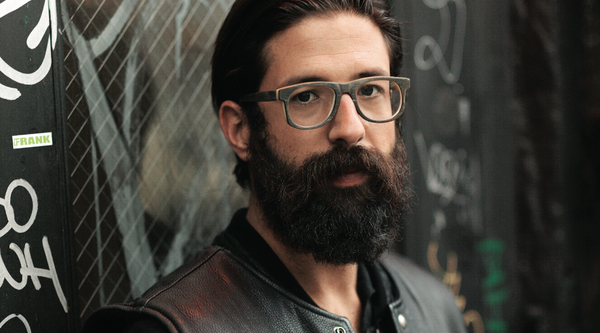 (NEW YORK) Designer Greg Chait started his career in the music industry, got his feet wet with Ksubi, then spun a cashmere blanket business into fashion gold with The Elder Statesman. Anna’s got his number. Do you?
BY MARIA DENARDO

True or false: In college you interned for Whitney Houston.
True! I had this romantic notion of managing bands, so I interned with her internal team during her last big tour when things really started going off the rails. After that, I interned at Arista Records. They had me stapling papers for some miserable girl who was sorting through demos, so I made an appointment with the boss and told him I wanted to shadow him. He took me under his wing.

You were in college at the time. What happened after graduation?
I lived in Australia for a year and then moved to L.A. and worked with the Firm, a management company that had every top act on the charts. It was the kind of place where you picked up the phone and Steve Jobs was on the other line.

Is that how you connected with the Ksubi brand?
I became friends with the Ksubi guys when I lived in Australia. They called me when they were visiting. At the end of the week, they left me their collection and said, ‘You’re going to work with us.’ I had no idea what I was doing. The collection sat on my floor for a month before I started dragging it around. We grew the business out of my living room at night while I worked at the Firm during the day.

Were you fearful about making the jump to fashion?
It was a lifestyle change, but I’ve been thrown in the deep end my whole career, which has alleviated the fear of what may or may not happen. I liked that surfing was a part of their daily lives. When you love the beach, your goal is not necessarily to own a seven-bazillion-dollar house.

Why did you leave Ksubi in 2007?
We were bought out. They gave me the option of staying, but I thought it was a natural time to go, so I thought I’d open a juice bar.

Naturally. Did you?
My brother was in the food distribution business, and juice was such a big part of the culture in Australia. We had a deposit down for a place on Rose Ave. in Venice, but I walked away from it for personal reasons.

When did cashmere come into play?
Around that time, I stumbled upon my first cashmere blanket. I fell in love with cashmere, but couldn’t find the right blanket. I eventually found these people in the Pacific Northwest who were experts in hand-spinning and knitting. I had them make two beautiful blankets for me.

How did two blankets turn into The Elder Statesman?
I really just thought I’d sell them once a year in seaside villages or small towns in the mountains, but word spread and Tommy Perse from Maxfield, who I’d worked with at Ksubi, met with me and told me he wanted to sell them. I said, ‘These are mine, but I’m happy to make you more!’ He’s a very direct guy and said, ‘Do you want me to sell them or not?’ He sold them both in two days. I named my company The Elder Statesman in honor of my brother, who passed away. I found producers in Italy, made a collection, presented in Paris, and walked out with 12 stores my first season. I’ve been extremely lucky.

How do you find the cashmere at, say, J.Crew or Magaschoni?
It’s all personal preference. The way The Elder Statesmen approaches something is different than, say, Loro Piana. It’s all an interpretation of something that’s been done long before any of us were around and will be done long after we are gone.

What sets The Elder Statesman apart in the cashmere world?
It’s not just a product, it’s a way of life. There’s a way of doing things, from the colors we choose to the stores we gravitate to. We’re not pushovers. We’re fair and honorable. I want that to translate through the clothes.

What’s the hardest part of your job?
Production is the greatest challenge in any business, but we don’t just cut and run when it gets difficult. My accountant will probably tell me I should! One t-shirt of ours can go through hell and back before it even gets to the stores.

What would you say to those who think paying $300 for a knit cap is absurd?
I heard this quote once: ‘I can’t afford to not buy the best.’ That’s rational. Do you really want to save a few bucks to put crappy stuff on your body? Many times people who want to spend less end up buying more and spending a hell of a lot more than if they would have bought the $1,000 sweatshirt.

Did you send Anna a thank-you blanket for that CFDA/Vogue Fashion Fund Award?
No comment.

Past Curfew! With Cindi Leive

The Next Generation: Quincy Davis