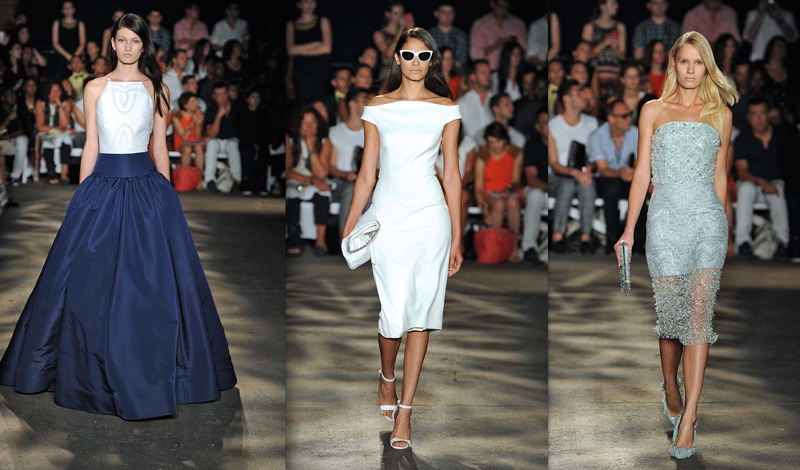 Christian Siriano went diaphanous, with just enough structure thrown in, for Spring. Pure white, washed out blue, rich navy and fresh teal colored the collection. An all white strappy dress gave nod to the ‘90s, while a boxy white crop top paired with a sheer and flowing white skirt with a ruffle detail exemplified the clean coloring and complicated tailoring splashed across Siriano’s spate of looks. Some tailoring even had a couture-like affect, such as a simple with crop top with chevron pattern texture and voluminous white floor length skirt that had feathering details and tons of structure. Some looks even gleamed, such as a patent navy long-sleeved dress—a total traffic-stopper, that one! Even though this collection had more serious lines about it, Siriano never let go of the fun or intrigue he’s known for. As for the inspiration, it was a mixture of two artists—Aussie Sergio Redegalli and Brooklyn-based Tara Donovan. A dramatic and sculptural hit.