Will Lee Radziwill Be The Cover Of Next Month's Issue Of T? 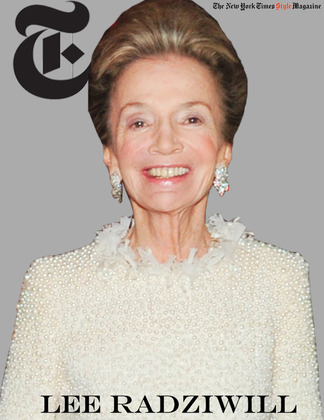 (NEW YORK) Those who have anxiously been awaiting Deborah Needleman‘s debut issue for T: The New York Times Style Magazine, due out in February, might be a bit surprised by her cover choice. The Daily hears that 79-year-old socialite and sister to Jackie O., Lee Radziwill, will make the premiere cover of Needleman’s version of T. What’s more, we hear that another upcoming cover is slated to feature 82-year-old socialite and philanthropist, Deeda Blair. When we reached out to The New York Times, they declined to comment. This would be quite the departure from Sally Singer’s ultra-hip covers featuring the likes of Esperanza Spalding, Cristiano Ronaldo, and Lana Del Rey. However, with an average age for readership at age 54 and an average household income of $160,784 for print, Needleman may be looking to target a new (albeit much older) audience. Here come the ladies who lunch. Betsy Bloomingdale, call your publicist!

Rocking It Before Thirty

12 Mini Music Videos From Inside the...