The Veronica Beard Ladies Dish On Their 'Fashion Fund' Debut 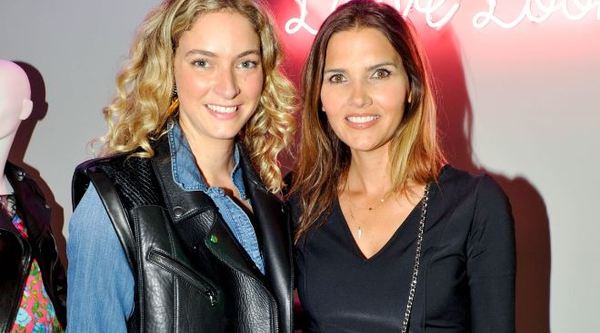 Did you catch a glimpse of Anna Wintour on your TV screen? That wasn’t a hallucination; it was Ovation’s The Fashion Fund. We called up the designing duo behind label Veronica Beard, Veronica Miele Beard and Veronica Swanson Beard, to talk about their debut on the small screen. Just don’t expect the  CFDA/Vogue Fashion Fund finalists to be reality stars in the near future…

Did you plan your evening around watching the show?
Veronica Swanson Beard: I was at a dinner party while it was airing, and I didn’t even get home until it was done!

What did you think when you finally saw it?
VSB: I thought it was great! We were thrilled with how it came out and it’s going to be a fun six weeks. Although, we will be biting our nails the whole time.
Veronica Miele Beard:  Last night was pretty brief, but I’ll be excited to see where they take it, and how they introduce our brand.

Have you received an influx of emails from friends and family who watched The Fashion Fund?
VMB: Yeah! Social media helps with that, too, because you send [a tweet] out and people are on it. It’s like it’s a calendar reminder or something.

Do you see yourself having a future in TV after this show?
VMB: No!
VSB: And we didn’t even know we’d be on the show until after we applied to be in the Fashion Fund!

They even filmed you at your presentation last season. Will this season’s NYFW showing be bit more low-key?
VMB: It was so much having them there. But this season will be much more subdued and easy. It’s almost like we’re just throwing a party.

Waris Ahluwalia And Aldo Host A SoirÃ©e To Fight AIDS

Three for the Win at the CFDA/Vogue...