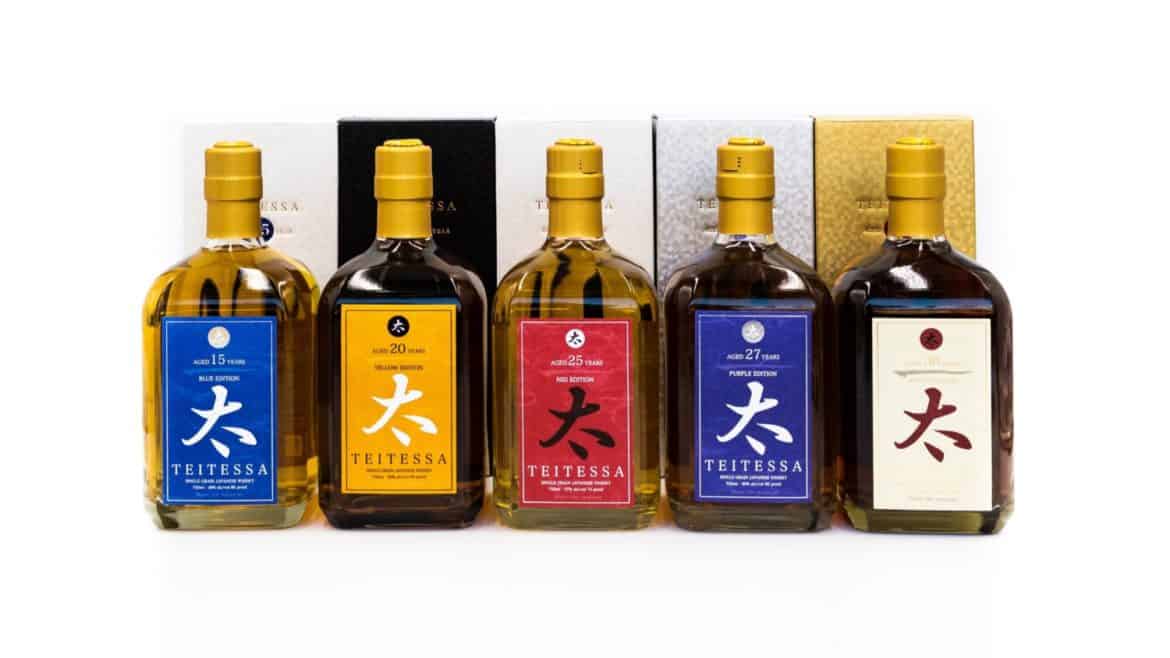 The taste profile of TEITESSA, aged between 15 and 30 years, is a true reflection of Japanese style and history, offering a mellow sweetness with a pleasant, fruity, lingering aftertaste – a truly unique characteristic among Japanese whiskies, which are typically made with peated or malted barley.

Most Japanese whiskies use a traditional pot still, similar to how Scotch whisky is distilled. TEITESSA sets itself apart by utilizing the Sato still method of distillation, based on many centuries of distillation history, creating a distinctly refined finish. The inside column of the still is shaped like a beehive, resulting in an early tail cut and smooth finish that is significantly more subtle than Scotch whisky – a difference that consumers are searching for, according to the creators.

“With TEITESSA, we’re committed to delivering consumers a super premium Japanese whisky experience unlike anything that’s currently available,” said Julious Grant, Co-founder of ICONIC Spirits and Chairman/CEO of The Brand House Group. “TEITESSA uses only the freshest ingredients meticulously sourced from various prefectures of Japan known for producing the highest-quality ingredients available anywhere. For instance, the grain rice we use in TEITESSA is called Koshihikari and is the most expensive and highest-quality rice in all of Japan.”

“All five expressions of TEITESSA are meant to be enjoyed neat or on the rocks, especially our TEITESSA aged 27 and 30 Years, which have unrivaled flavor profiles,” added Grant, “When it comes to cocktails, you can’t go wrong with a highball made with TEITESSA 15 Years and club soda.”

Grant, Founder/Chairman of ICONIC Spirits’ parent company, The Brand House Group, is a spirits industry veteran of over three decades, having held C-Suite roles with global brands including Beam Suntory, Bacardi and Moët Hennessy. In partnership with Taichi Seki, his ICONIC Spirits’ Co-founder, former National Sales Manager for Asahi Beer and former pro MMA fighter with a rich family history in the Japanese hospitality industry, the two offer US consumers a taste of Seki’s home country in the form of unique, authentic, super-premium Japanese spirits. Together, they have also recently debuted a highly-touted, beautifully sweet strawberry gin called AWAYUKI, which is infused with the rare and precious pink and white Japanese strawberries of the same name.

Nicolas Brochet: A Curator Of Only The...