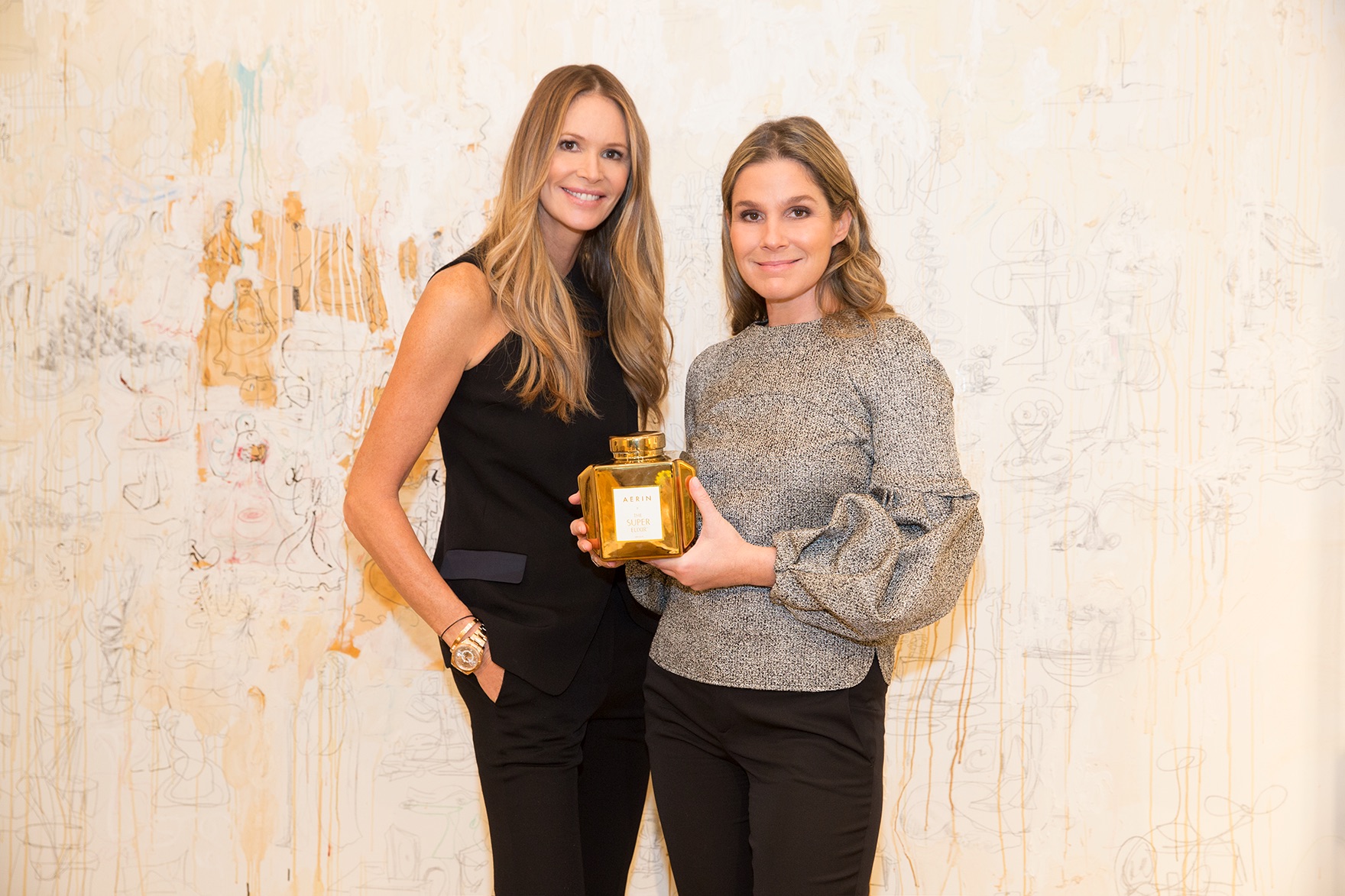 What does an Elle Macpherson and Aerin Lauder holiday collab look like? The supermodel and designer merged their love of design and well-being to create a handmade, limited-edition gold glazed caddy for Macpherson’s Super Elixir, an organic, all-plant daily supplement for optimal health. The elixir, made of 45 plant-based ingredients, was developed with nutritionist Dr. Simone Laubscher, who works with Macpherson’s wellness company, WelleCo. As for how the power blondes met? Macpherson wrote to Lauder via Instagram direct-message while they were both summering in the Hamptons, the mod asking the biz mogul for dinner recommendations while she was in Montauk and pitching the idea for a collaboration. “I was so excited because everyone knows Elle Macpherson,” Lauder said during a launch event for the product. “I was sitting with my husband and I said, ‘You’re not going to believe who just contacted me—Elle Macpherson!’ He was like, ‘Oh my god, I’m obsessed with her…I had a poster of her on my dorm room in boarding school.’ I told him she wants to meet with me and he goes, ‘Can I come?’ I said no. [Laughs].”

“I’ve been watching Aerin grow into her own self, from working in a family business to creating her own business, and always felt it was very courageous of her—to step outside of that sort of security and to do things on her own from her own point of view. When I was thinking of who to collaborate on the caddy with, my dream person was Aerin, but I was too scared and shy to ask her before I started the project,” Macpherson said. “So I did what I thought she would like—this big gold caddy—and when it was done, that’s when I reached out to her to see if she’d be interested in doing it together. I felt that the work that she does is so synonymous with this kind of luxury, beauty, elegance, and style…within 48 hours, our teams were talking.”

The product, which is packaged in a cream and gold box designed by Lauder, is available on Aerin.com for $250.