Suffering from Fashion Fatigue? Get A Fresh Face With Cane + Austin 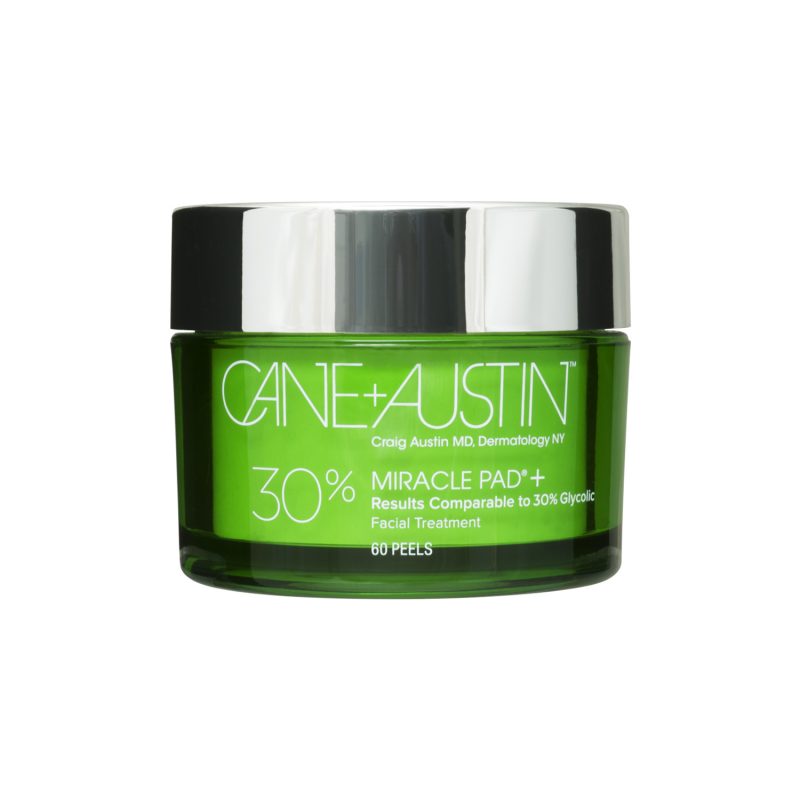 Has fashion month got you down? We recently paid a visit to Dr. Austin of Cane + Austin at his spa on 120 East 64th Street for a little face refreshing and it was worth it. When Dr. Austin initially suggested we try microneedling, it struck fear in our hearts. Any mention of needles is usually a definite no! But the process was surprisingly painless and left us feeling like a new person. Our skin felt less haggard, more plump (thanks to the collagen-inducing technique), and glowing. But if the price tag scares you off, Dr. Austin’s glycolic acid Miracle Pads live up to their name. We caught up with Dr. Austin to find out more about his non-invasive procedures for fabulous skin.

What is the most popular treatment?
Most people come to me for anti-aging. It’s not just for wrinkles, but uneven pigment, sun spots, or large pores and just general dullness. People want a glow and radiance. People feel like they need to go get Botox or fillers, but then you look at them and their skin looks dull and they don’t look younger…they just look like somebody who has a lot of fillers. They look older sometimes, because it freezes the muscles. Those are the things most people come in for.

It’s fashion month and it’s taking a toll! How can we recover?
It depends on the age of the person, but I do recommend my glycolic acid Miracle Pads on a daily basis. They help treat all of those things that occur as we get older—the pore size, the pigmentation, and the dullness. When you’re under stress, it causes inflammation, which causes damage to the skin. That can occur pretty quickly, which is why people look so exhausted. Eating a good diet and consuming less sugar is also important. Omega 3’s are definitely important. But using glycolic acid on a daily basis is going to improve the texture of your skin and give you a really healthy glow and really make a difference when you’re under stress. We also have a scrub that has salicylic acid and that’s more like a microdermabrasion.

When did you found your product line?
I launched it in 2011. We were in Space NK first and then Bergdorf’s and several high-end spas started carrying us. We started selling to Sephora in 2015. We’re growing pretty rapidly. The whole idea for this line is that it’s medical grade products that you can buy over-the-counter. For 15 years, I was doing glycolic peels and giving my clients products to take home with them because they couldn’t afford to pay $2,000 for six peels. My goal was to give them something strong that they could use every day that would ultimately give them the same effect as coming to my office. I never thought I would launch a skin care line. I’m a pathologist and dermatologist and I teach—I’m an associate professor at Mount Sinai. I have a residency so I teach dermatology and skin pathology. But it just came to me after doing these peels in my office and the only reason I did it was because it was so easy. I was shocked to see the benefits, especially on people with acne or scarring. So it really began with me making it in a lab and giving it to clients to take home with them.

What kind of treatments do people come to you for?
We do non-invasive treatments. For instance, we do microneedling, which is somewhat invasive to the skin to reverse the signs of aging, but you can walk out and look great right after. It’s a mechanical needle that goes into the second layer of the skin and it actually induces the skin to produce new collagen and new elastic tissue. That’s all of the stuff we lose as we get older from time and from the sun. You don’t have to be 40 or 50 years old to get the treatment. It’s painless and the results are great. It’s great for people that look relatively good, but want a refresher to reverse some aging. It’s my favorite treatment. We also do fraxel, which is similar to microneedling but it goes a little deeper. The downside is greater—you will look like you’ve had a really bad sunburn or been in a mild fire [laughs], but the downtime is only a few days. We use a local anesthesia, because it can be a little painful. As people get older, in their late 40s or 50s, and they have more sun damage, I think the fraxel is more effective. Although, I’ve treated people in that age group with microneedling and they’ve been very happy too. It’s just a matter of the degree of damage. The depth of the second layer of the skin before you get to the fat is about four millimeters, which is pretty small. The microneedling goes halfway deep into that layer and the fraxel goes almost all the way to the bottom. The best part is that you will continue to produce more collagen after the treatment.

That’s quite an investment!
Well, it is but a lot of people come in and just do it once or twice.

The Daily Media: 67 Shifts to Discuss

NEWA Is the Latest Home Device to...