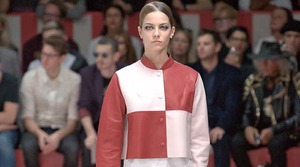 (NEW YORK) Acne Studios is headed to the Golden State. This fall, the Stockholm-based company plans to open a 5,000 square-foot flagship inside the Eastern Columbia Building at 849 South Broadway in downtown L.A. The new outpost will stock men’s and women’s ready-to-wear, denim, accessories, and handbags. Additionally, a brand new coffee shop extention will launch within the space, which will be run by Stockholm natives, Il Caffè.

The first U.S. Acne store opened last summer in a 4,000 square-foot contemporary space at 33 Greene Street in New York City. The brand is also sold wholesale in the States in over 71 locations, including Barneys New York, Steven Alan, and Opening Ceremony. Expect further expansions in the coming months in London, Seoul, South Korea, and Japan.

Spotted For A Seriously Good Cause