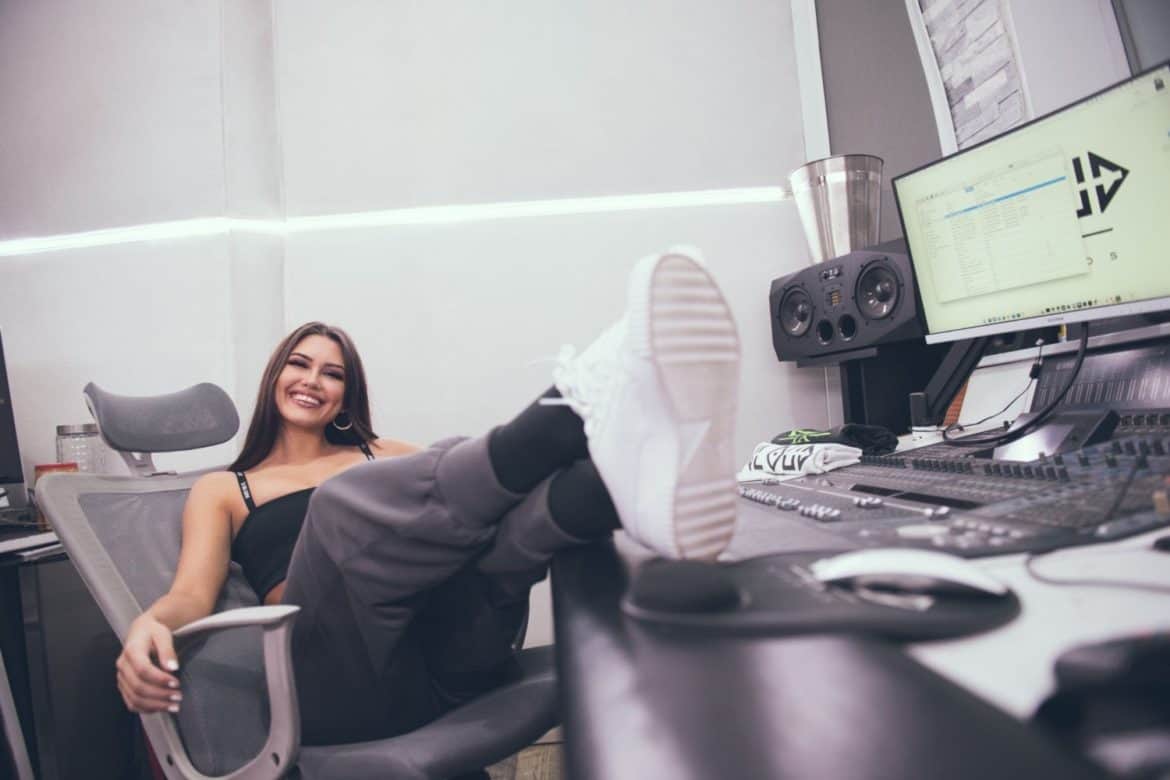 “The true beauty of music is that it connects people; it carries a message, and we, the musicians, are the messengers,” famed American composer Roy Ayers once said. Indeed, the healing properties of music have long been an integral part of the human experience, pervading through cultures across millennia and uniting people via smooth melodies and catchy rhythms. Now, music is more accessible than ever before, as 21st century streaming platforms like Spotify and Apple Music reach an audience of more than 400 million monthly users combined. With more music than ever before available simply at the tap of the screen, the endless possibilities of the modern music scene beg the all-important question: what do I connect to? For many music aficionados, the answer is clear with up-and-coming singer-songwriter Shannon M. Hurley, who’s multifaceted sound and versatile style have connected the songstress with listeners across the world, with nowhere to go but up. Growing up, Hurley always had a passion for music and lyrics, beginning to sing as soon as she could talk and starting to pen her very own songs at the tender age of 9. But to Hurley’s family, the singer’s inherent talents were only natural given Hurley’s ancestor Robert Burns wrote the New Year’s Eve classic Auld Lang Syne, a ballad that remains integral to the holiday’s festivities. While Hurley’s own renditions are more fit for a modern radio station than Yuletide traditions, Hurley’s direct relation to Burns only makes her musical destiny all that more clear, as music quite literally runs in her blood.

Regarding her own music, the NYC-based singer finds versatility and adaptability to be a key asset. Between recording dance-pop renditions of classic hip-hop songs (like Hurley’s buzzy cover of rap superstar Drake’s ‘Practice’ with Ryan Donovan, which has racked up tens of thousands of plays on spotify), releasing her personally written tunes or collaborating with the biggest DJs of the moment, Hurley gracefully navigates genre-hopping with finesse, naturally transitioning from one sound to the next without missing a beat. Hurley’s writing process is just as wonderfully eclectic as her ultimate releases, recording on her phone when she feels inspired and then sending the rough cuts to closely collaborating producers to be fleshed out and find the right vibe for each individual track, no matter the genre. While the beats behind may change, it’s Hurley’s self-penned lyrics that truly catch the ear and heart of her ever-growing audience. Having been regularly told by fans that listening to her music is as if the singer is inside their very heads Hurley cites connecting deeply to her listeners as one of the most rewarding parts of the job. Such an overwhelmingly positive response to her tracks has driven Hurley her to pursue her creativity even further and amplified her ambition to succeed — a hallmark drive best embodied by the empty spot on Hurley’s wall, left waiting and perfectly spaced to fit the Billboard music plaque she feels in her bones she will one day acquire.

After years of networking her way through the music industry, Hurley is finally ready to step into her own as a singer, as her highly anticipated track “Waste the Night Away” with British artist Tim Moyo hit the airwaves on Nov. 26 and another one of the duo’s collaborations recently garnering airplay on BBC Radio. The multi-talented singer, who also boasts a degree in physics under her belt, is likewise working on a new commercial jingle with Run DMC’s Darryl McDaniels and recording new music with Room 380 out of Manhattan’s Penthouse Studios, demonstrating just how far Hurley’s versatility can stretch without fail. Though taking all the time she needs to nurture her budding career, Hurley’s signature adaptability and deep-seated connection with her audience has set her up for long-term success, establishing Shannon M. Hurley one of the most exciting artists-of-the-moment to look out for in the future — with a Billboard music plaque inscribed with Hurley’s name hopefully soon to follow.