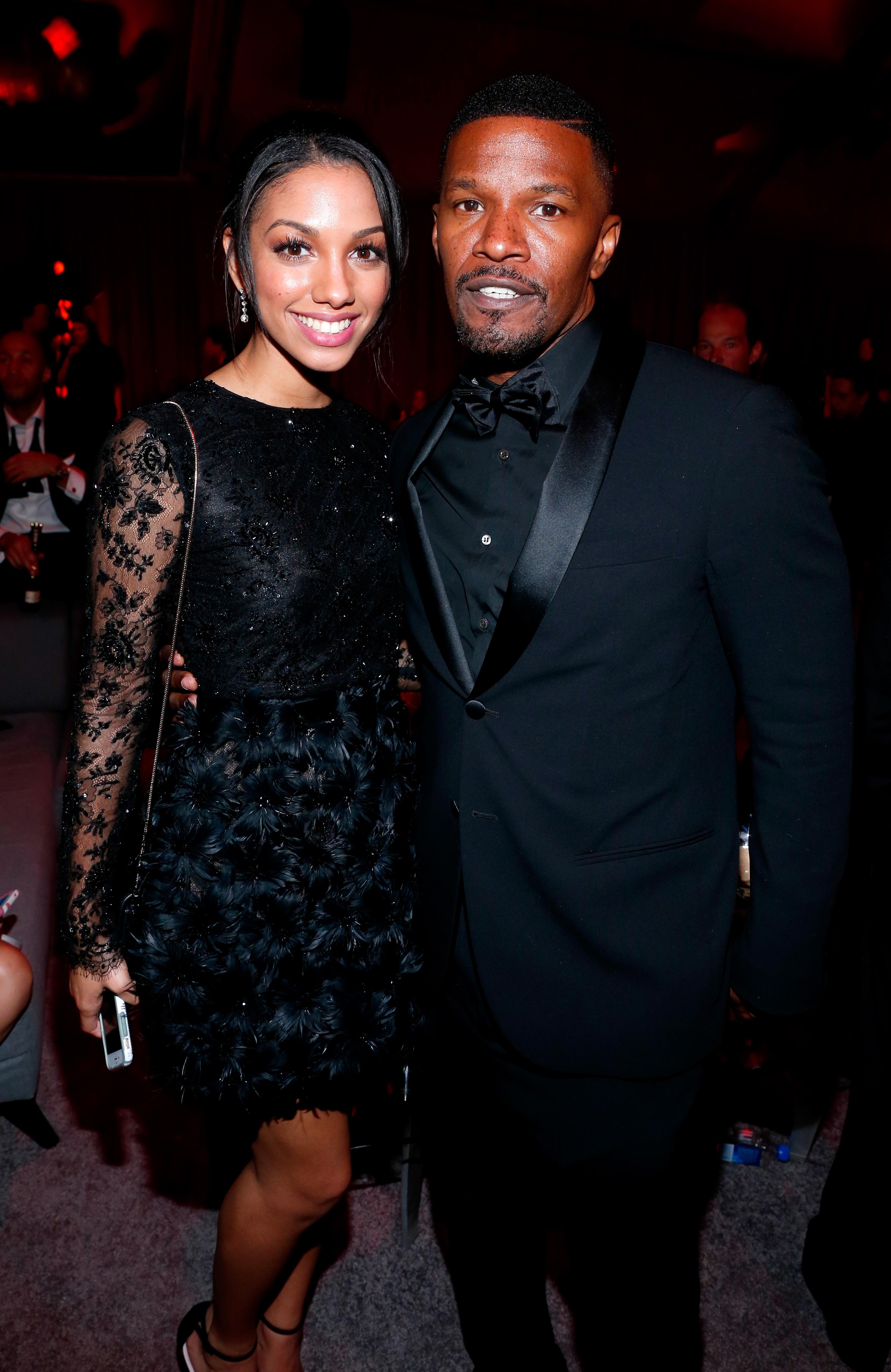 It’s no secret that the children of big-time celebrities are trending these days, whether it’s in modeling, singing, or acting. We met new mod-on-the-rise, Corinne Foxx, daughter of actor Jamie Foxx, who just graduated from the University of Southern California last year. Miss Foxx is now climbing the ranks as a model, having just shot her first Dolce & Gabbana campaign and attended her first Met Gala last week, where she was dressed in the Italian fashion house’s designs. We caught up with the beauty at the City of Hope event yesterday, where she walked in Andrew Warren’s Just Drew fashion show to find out what her dad has to say about her budding career…

Have you walked runway before?
I have! I walked in Kanye West’s show last Fall, and I just walked Dolce & Gabbana’s last show during Fashion Week in Milan.
Those are major moments!
I know. I was lucky that my first big fashion show was Kanye because everyone was so nice, so now I’m not as nervous, I think, as everyone else is [to walk today]. I’m telling all the girls, You’re going to be fine. I’ve done this before and it’s really not that scary! I feel good about it.
How do you know Andrew Warren?
I just met him the other day. He reached out for me to be a part of this and then I met the rest of the people involved. It’s been amazing.
We’re at the Plaza—what do you think of it?
It’s beautiful! I’ve actually never been, which is funny because I live here half of the time. Obviously, I know about the Plaza and Eloise and everything like that, so I feel like this is the perfect place for this type of fashion show. It’s elegant and iconic—it’s just exciting to be in the building!
Where are you living these days?
Between Los Angeles and New York. I go back and forth. I’m bi-costal. I’m with L.A. Models, One Management here in New York, and Select Models in London. Then I’m with LBI Entertainment for Acting, also in L.A.
What does your dad think of your budding career?
He’s supportive of literally anything I do! I could say, Dad, I want to work at Target and he’d be like, Great! That’s wonderful! So everything that I do he’s so supportive of, especially being in this industry. He’s super excited I get to work with him and see him a lot.

Celebs Are Living for This MCM Boombox...