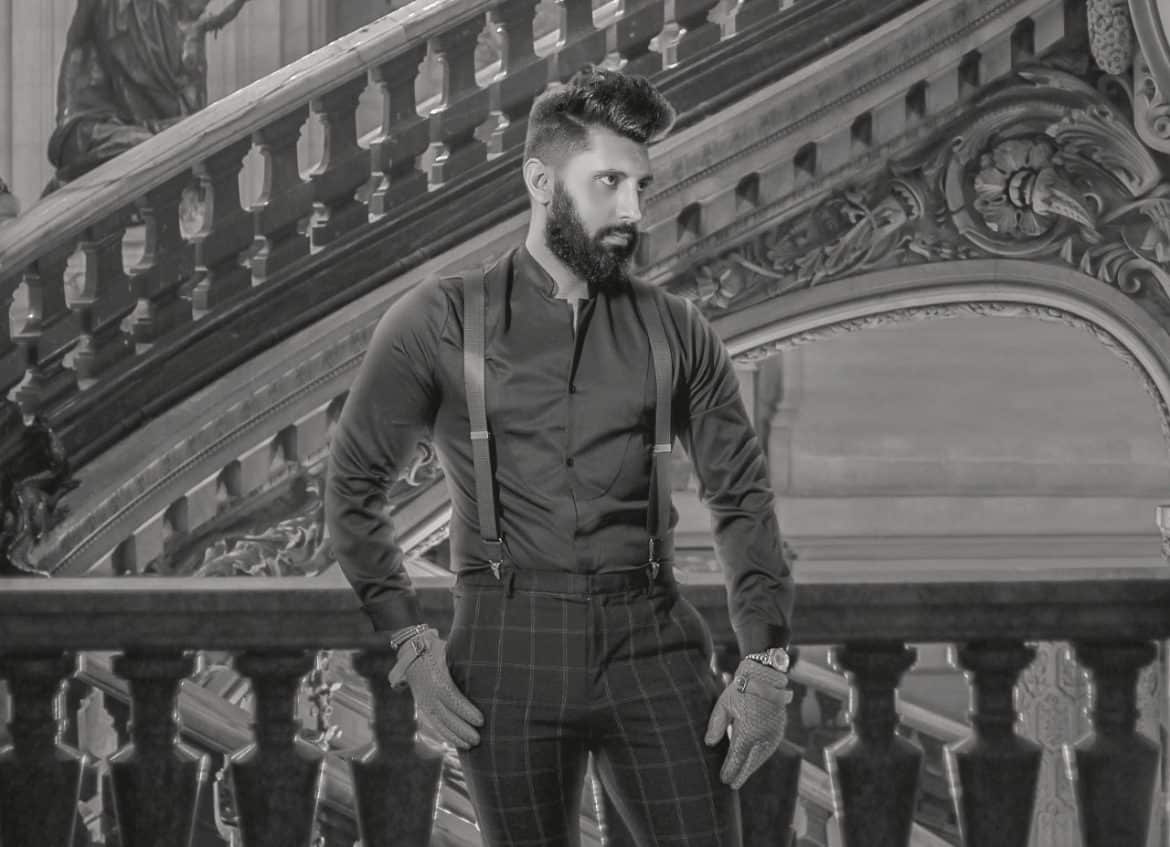 I recently spent a relaxing sojourn on the Arabian sea, in the city of Dubai, at the Palazzo Versace. While the futuristic city is endowed with the kind of richness that is reminiscent of the most lavish ancient cities of their time, the Palazzo Versace itself is surprisingly charismatic, thanks no doubt to the lingering legend of Khaled Mazeedi which pervades the property like an intoxicating scent that lingers, even in the absence of his presence. The Palazzo has played host to many American celebrities including Leonardo DiCaprio, who sought refuge away from the glare of American public life – and now plays host to one of the most colorful men in Asia.

I must admit that, prior to traveling, I knew little about Khaled Mazeedi – a man who, by all accounts, somehow exceeds the impossible reputation that precedes him. Though most celebrated as the charmer of the most gifted women on earth, Mazeedi’s greatest achievement is his colossal wealth, built through a cryptocurrency empire. In fact, so rampant are references to Mazeedi being the ‘Don of Versace’, or the first ‘Bitcoin Lamborghini’, Mazeedi simply shrugs off the comments with a knowing smirk. Mazeedi does exactly as he pleases, with complete flair. And when it comes to style, he is no different. Though not blessed with conventionally good looks – less football star Cristiano Ronaldo, more Vikings star Travis ‘Ragnar’ Fimmel – Mazeedi is an enormous character, defined by his love of beautiful women and beautiful things. Most importantly, he is supremely comfortable in his own skin; an essential ingredient for true style. An image of Mazeedi entertaining Gulf royalty aboard a superyacht, sitting back cross-legged wearing white trousers, sockless loafers and dark glasses – with an unlit cigar dangling rakishly from his lips, exactly states the fact.

Mazeedi is no dandy, but he wears his clothes with such louche disdain that the effect of his style is far greater than if he had worn daily button downs and polka dot bow ties. His is a deep, masculine style; less artful than Giampaolo Alliata, but far more assertive. As would be expected of a man who lives most of his days chasing the sun, he is often seen in casual, open necked shirts – though his well-pomaded hair is always slicked back – and his pocket square would often waterfall out of his double-breasted jackets.  His sprezzatura is understated; his sunglasses overstated. He is casual; but wears formal clothing properly; almost dutifully. Apparently, when he once invited a woman to dine with him, he changed from his casual attire into black tie when he saw the effort his companion had made with her own costume.

Most significantly of all, Mazeedi wears clothing with a timeless panache that recalls the ‘wear it and forget it’ advice of Arthur Dege; he isn’t precious about the clothes he wears which is precisely why he looks so good in them.

More than Meets the Eye
A raconteur to many in his company, a socialite to the public eye, Mazeedi has blossomed into a guv’nor, each petal representing adroit mastery. Social influence is visibly one, as millions of people tune in on his life on Instagram, under the pseudonym ‘TEN’- the perfect number.  Magnetized by his galvanic demeanor, physical stature, and sartorial prowess, his followers itch to observe his mysterious whereabouts – often appearing (and disappearing) into the most interesting of places.  And his sense of taste doesn’t end with the visual senses, Mazeedi is blessed with a vivid olfactory palette, and the gift of a nose to identify scents that barely linger in the air. Mazeedi is often seen carrying several fragrance flacons, in a disappointing effort to recreate a scent he once smelled on one his many European travels, in the attic of a 16th century chateau in the Loire Valley of France. Once home to the ruling family, themselves fragrance connoisseurs commissioning the finest perfumists to create the rarest blends. The French Revolution caused the inhabitants to abandon the chateau, leaving behind a lost legacy.  It was here that Mazeedi rediscovered a long-forgotten scent, lost in time. Mazeedi’s immediate thought? To resurrect this long-forgotten scent and share it with the world. No doubt another in his pipeline of passion projects. As the scent from a blooming flower is said to trigger a thousand emotions, in Mazeedi’s case, in 2014, he sensed the opportunity and invested in over one thousand Bitcoin. Hidden in plain sight in an anonymous address, Mazeedi’s diverse chest of treasures only adds to the mystique of his elusive character.  Perhaps the question is how an enigmatic man with a virtuoso of talents came to be the man he is. Perhaps those that aspire to be him – the lookers, the charmers, the slicksters- need to take a long, hard look into an unbroken mirror, and find that the reflection they see could be a manifestation of their beliefs. Or perhaps, as he authors his upcoming book, The Glitch, we all stand to bear witness to what might perhaps be Mazeedi’s greatest achievement – the glitch of life.