“I Feel The Best I’ve Ever Felt!”—Why Life Is So Good Right Now For Jordan Barrett 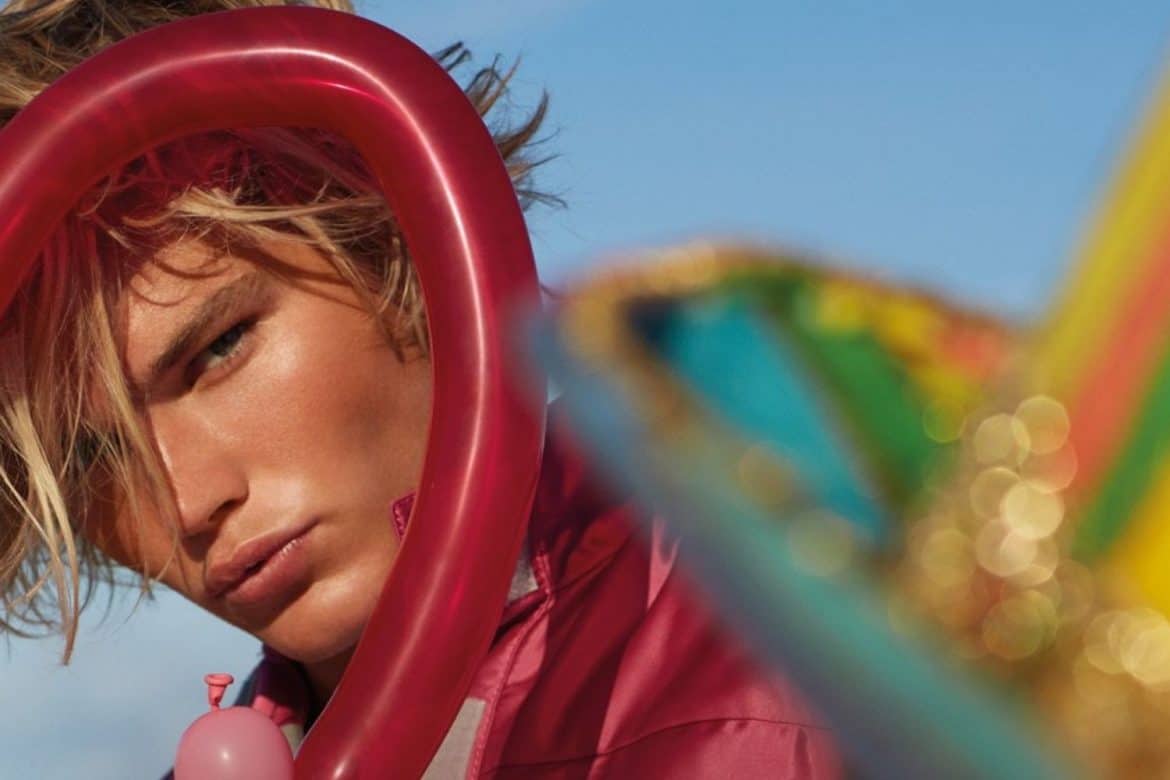 One of our longtime loves has been IMG model Jordan Barrett, who captured our hearts at just 19 years old. He is arguably the biggest male model to come along in a decade, and we’ve been watching his rise, professionally and personally.

We googled the first interview you did with The Daily in 2015, and you were the hot young thing!
I’m still hot and young! I f**king better be! Let’s put it that way!

You are! We haven’t talked in a while. What have the past two years been like for you?
I was originally stuck mid-flight on the way to Panama for a trip that we had planned for a year to meet up with a bunch of friends from everywhere. Mid-flight, they announced the pandemic, and I thought it would last a week. I ended up staying on the island, and everyone from everywhere started fleeing the island. I ended up staying for a month and a half. But I realized my passport was about to expire, so do I go home? I think I spent 65 days in total in a quarantine hotel.

What did you do during lockdown?
I watched the entire Criterion Collection. I watched every bad TV show you could think of. I watched Spanish Netflix. I can give you a list if you get COVID or get bored. I had a treadmill that I’d pretend to run on, but I preferred to watch it run.

How did you stay sane during all that? Did you have days where you just went nuts?
Not really. I accepted it in the moment it happened. Every time I went into a quarantine hotel, I knew I was going to be in that situation. I accepted it. By day two, I relaxed and slept. It wasn’t enjoyable, but I tried to find ways to keep myself entertained in such a small place. I was also crafting a lot of things in those confined spaces.

You’ve returned to IMG Models. What are your goals with the agency?
I’ve always been with them, technically since 2015. [President] Ivan Bart is a grandpa to me. The entire team there has been such a support for me. It was an easy and natural thing to come home. I was always in contact with them. They know how to get things done and have access to everything.

You launched a sake, HAPE Sake Spritz, this year.
We just launched HAPE Sake Spritz, in California. I never thought this would go so well. It’s been a fun project. I thrive under pressure, but this was nice. The reaction has been sweet. I’ve been getting messages from people out of nowhere who say they love it.

What does it taste like?
It’s as healthy as can be. It has no sugar; it’s real fruit and real tea. You have to try it!

What else do you have coming out that you’re excited about?
I’m in an exhibition of images by Hugo Comte, “Testament.” That’s coming out in Paris this month. We shot it during quarantine.

What have been the biggest changes in your life since we first started chatting seven years ago?
I have to take a pause to think about this! I’ve learned a lot. I’ve learned to slow down. I’ve grown a lot. I’ve also sped up in a lot of different ways. I’ve found focus. I’ve always appreciated every day, and now I know how to make every day into something.

You’re in great shape these days. What have you been doing?
I’d make every excuse under the sun to not go to the gym. My thing was running. Then I wanted to run the New York City Marathon and was training for it. I started slowly working out. I had all my training, then I got COVID after Paris Fashion Week and it wiped me out. I’m training again. I came back to New York and when I was buying my place, it had to be in a radius of Gotham Gym. Luckily, I found a place blocks away.

Years ago, you wanted to own a hotel! Is that still on your bucket list?
Who doesn’t want to own a hotel? Let’s leave it at that!

Anything else we should know?
I have an NFT that we’re looking to release. It touches on mental health and anxiety. It’s about how people look at you from the outside looking in. It was such a cool process. I also have Sedated clothing launching and some other fashion collaborations that I’m excited about. Some of them involve breath work, some of them involve free diving.

You seem like you’re in a great place!
I feel the best I’ve ever felt.