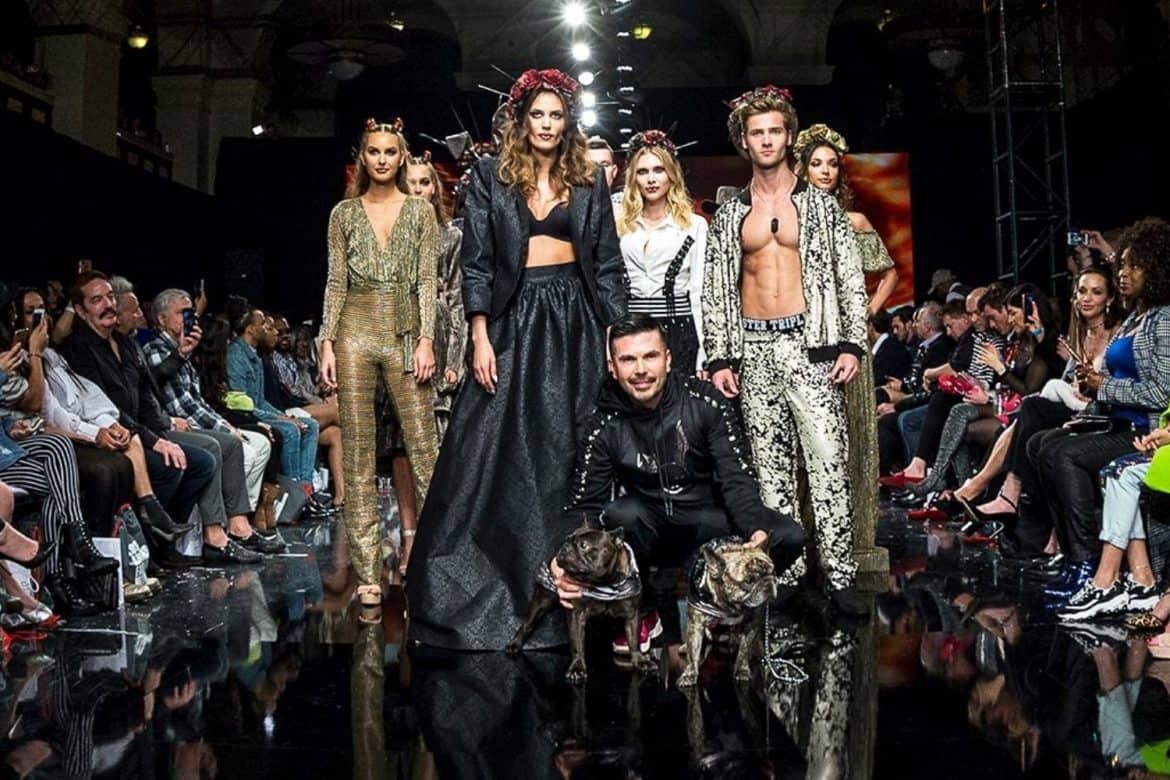 Over the last ten years, high fashion has captured the attention of the pop culture world, drawing interest from an array of industries, including celebrities, athletes, supermodels and now influencers. As fashion has typically largely appealed to those already in the industry, its reach has grown exponentially, spilling into the world of sports, celebrity, film, art, finance and more. High fashion has assumed its position in society as one of the ultimate symbols of luxury.

Prior to the current pandemic state of the world, some of the most coveted invitations belonged to fashion’s biggest events around the world—including New York Fashion Week, Miami Swim Week, and Los Angeles Fashion Week. And behind some of these mega fashion events is Founder and CEO of ARTS HEARTS FASHION, Erik Rosete, a fashion die-hard who is known for producing premier fashion events across the country. From inception to actualization, Rosete’s ARTS HEARTS FASHION is responsible for the concept, designs, marketing, execution and more for many of the events they produce. Having partnered with numerous charities over the years, his shows have raised millions for countless worthy causes. With his fashion production company, Rosete has been responsible for facilitating some of the most talked about runway shows from Mercedes Benz’s show at Lincoln Center in New York in 2013 to the finale show at NYFW following fashion titans Ralph Lauren and Calvin Klein, and even Betsey Johnson’s 50th anniversary presentation. Through ARTS HEARTS FASHION, Rosete’s shows have been viewed over a billion times on Youtube.

But Rosete didn’t always have a background in producing top fashion events. He got his start in 2010 when he signed with IMG to represent models as a manager. After a few years of managing, Rosete took interest in fashion events and gradually made the transition into producing fashion events and shows. Though he’s often busy with the production of fashion, Rosete still manages a portfolio of designers both domestic and international. As a true and ardent enthusiast for the art of fashion, he enjoys discovering new talent and giving them a platform to explore their creativity through fashion. His designers have been tapped to design concert wardrobe for pop stars like Ariana Grande and Jennifer Lopez. And when he’s not busy producing events or managing his designers, Rosete designs for his own personal fashion brand, Mr. Triple X, that he looks forward to sharing online periodically. But most recently, in light of the pandemic, many of the events that Rosete would normally produce have been canceled. Despite the many challenges of 2020, Rosete has adapted, as he is in the process of creating new runway presentations in digital form. Even with the restrictions of the pandemic state of the world, still, Rosete’s vision for fashion remains artistically inspired. Innovating highly produced fashion films, the fashion maven has been creating fashion films that serve as runway presentations for brands and designers. These films are used for brand look books, marketing purposes, and commercial and promotional use. Later in the year, Rosete looks forward to producing live shows that will be available for select audiences to stream at home with promotional packages and gifts sent as part of the show, as if it were live.

While it seems that fashion has been paused without its trademark fashion week events taking place this year in the U.S., Rosete flawlessly navigates the pandemic, bringing fashion back to life with his unprecedented fashion films. A creative at his core, Rosete continues to curate innovative mediums to share his passion for fashion with the world. To learn more about Erik Rosete, visit the ARTS HEARTS FASHION website or follow him on Instagram.

Antoni Porowski Cooks Up A Collab with J Brand