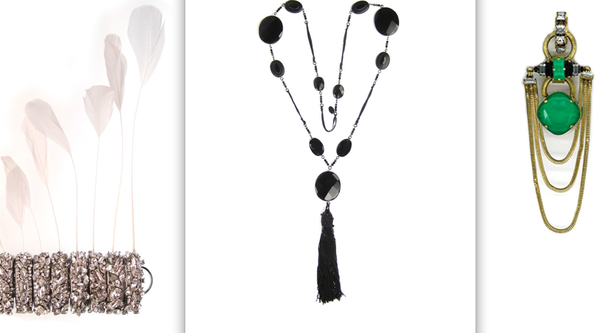 Erickson Beamon is hitting the stage! The New York-based jewelry company has teamed up with designer Isabel Toledo, who has been doing the costume design for the Broadway musical After Midnight starring Fantasia, K.D. Lang, Toni Braxton, and Babyface. The musical was inspired by Harlem’s legendary Cotton Club, and Erickson Beamon worked with Toledo to deck the leading ladies with its Jazzy baubles, inspired by the Harlem Renaissance during the Twenties and Thirties. The musical is playing through March 30th at the Brooks Atkinson Theatre, but in case you can’t catch the sparkle on stage, you can purchase the 21-piece collection, which will range in price from $350 to $1,400, at Five Story in New York, and at Curve in New York, L.A., Miami, and San Francisco.

Designer Isabel Toledo Has Passed Away

From The Daily Coterie: Romancing The Stones...