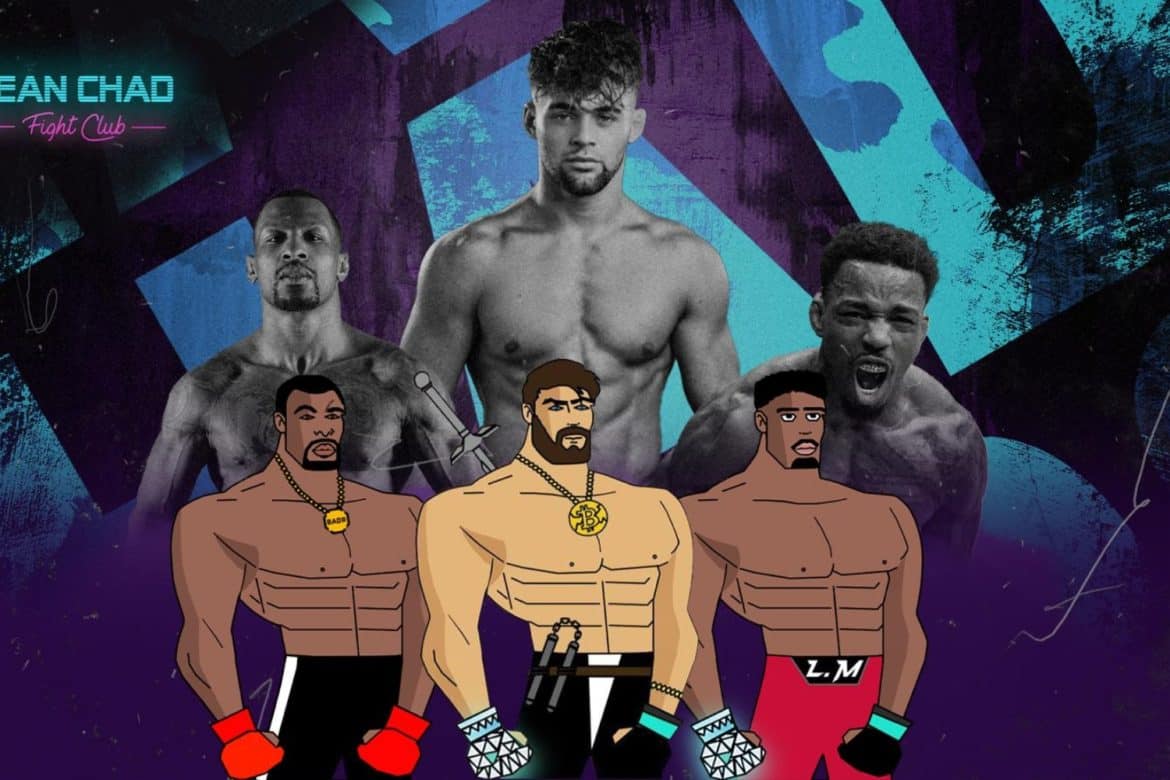 NFTs continue to hit the headlines with news of skyrocketing valuations and record-setting art auctions. Every month a new batch of celebrities, high street brands and tech giants announce their plans to enter the space. Despite the recent explosion of the NFT market, the industry remains a fresh and dynamic area of blockchain innovation. The latest project to catch our eye is Lean Chad Fight Club, an NFT collection that promises the ultimate flex in profile pictures and a range of novel use-cases.  Lean Chad Fight Club has grown out of the unique experience of professional MMA fighter, crypto entrepreneur and digital artist Mike Hales. Joined by co-founders from the MMA scene and backed by blockchain’s lifestyle and entertainment hub, DeHub, Mike Hales has developed a genesis collection of 11,111 Lean Chad artworks that are already beginning to mint on the NFT marketplace OpenSea. These collectables are more than just another set of cartoon profile pictures. The professional MMA fighters behind Lean Chad Fight Club, including Bellator’s Kane Mousah and UFC’s Lerone Murphy, are building a global network for professional and aspiring athletes and their fans. The team have outlined an impressive array of benefits to Lean Chad NFT ownership, including ticket drops to MMA & sports events around the world, access to a global network of affiliated gyms and dojos, and exclusive member-only social clubs and events.  MMA is the world’s fastest-growing sport, but as the Lean Chad project’s ‘Fight Paper’ points out, it is beset with issues that disadvantage both fighters and fans. Unlike most sports leagues, where athletes can expect to receive around 50% of the revenue, the UFC typically distributes below 20% of its vast income to fighters. Fans are increasingly frustrated that although they pay high prices to attend or stream MMA events, the fighters they admire remain chronically underpaid. The popular meme coin Marshall Rogan Inu, which launched some 5 months after the Lean Chad Fight Club team went public with their plans, has also raised awareness of this issue over recent weeks. The Lean Chad team, with its in-depth knowledge of the MMA scene, has been working since mid-2021 to design a comprehensive set of benefits that will accrue to its network members.  Lean Chad Fight Club will mobilise its network and decentralised economy to support fighters by offering direct sponsorship to established figures and donations, equipment drops and coaching sessions to up-and-coming athletes. Fans can also benefit from Lean Chad and partner brand merchandise drops. The project is also setting up education centres in affiliated gyms, where fighters and fans alike can learn about blockchain technology and gain the practical skills necessary to navigate the space. The project’s affiliation with DeHub means that the Lean Chad Fight Club also benefits from a powerful entertainment innovator in its corner. MMA professional Mike Hales is a core member of DeHub’s operational team, along with Malik Jan, Fred Dunaway, Bailey Young, Indi-Jay Cammish, and Aleksandr Pasevin. DeHub is the first blockchain project to publish fully token-funded original motion picture content. This includes The Way of the Warrior, a ground-breaking documentary series that shines fresh light on the untold stories of inspirational fighters around the world. The teams have also licensed the world’s largest library of combat sport video for streaming on the DeHub d’app. DeHub and Lean Chad Fight Club are even preparing to host a series of Fight Nights that will be streamed exclusively on the DeHub d’app. Accessible to NFT holders, or on a Pay Per View basis, these events promise verifiably fair pay to all fighters on the roster. Not only that, DeHub is developing VR and blockchain technology to bring immersive viewing and interactive voting to the audience. Fighters working inside the project are excited by the prospect of visualising live audience ratings whilst in the cage and can see the potential for audience voting to counterbalance the flawed judging decisions that have plagued the sport. Finally, fighters and fans alike will be able to use their NFTs to play and earn in an exclusive online game currently in development by DeHub. Just as the most successful NFT projects gained value through the perceived exclusivity of their networks, we can see the bona fide credentials behind the Lean Chad movement growing into something truly desirable. DeHub and the Lean Chad Fight Club team are connected to world-renowned athletes, and a series of UFC, Bellator and Oktagon stars have already begun to adopt Lean Chad NFTs as their profile pictures on social media. The Lean Chad movement looks set to combine grassroots activism with meaningful innovation and desirable benefits for an entire community. To learn more about Lean Chad Fight Club visit: https://leanchadfightclub.com To watch The Way of the Warrior visit: https://dehub.net/web/stream

Written In The Stars! The Best Dressed Celebs At The 2022 Oscars

After The Party…It’s The Vanity Fair Oscar Party! See All The Looks Here