Catching Up With Designer Melissa Akkaway of Beckley 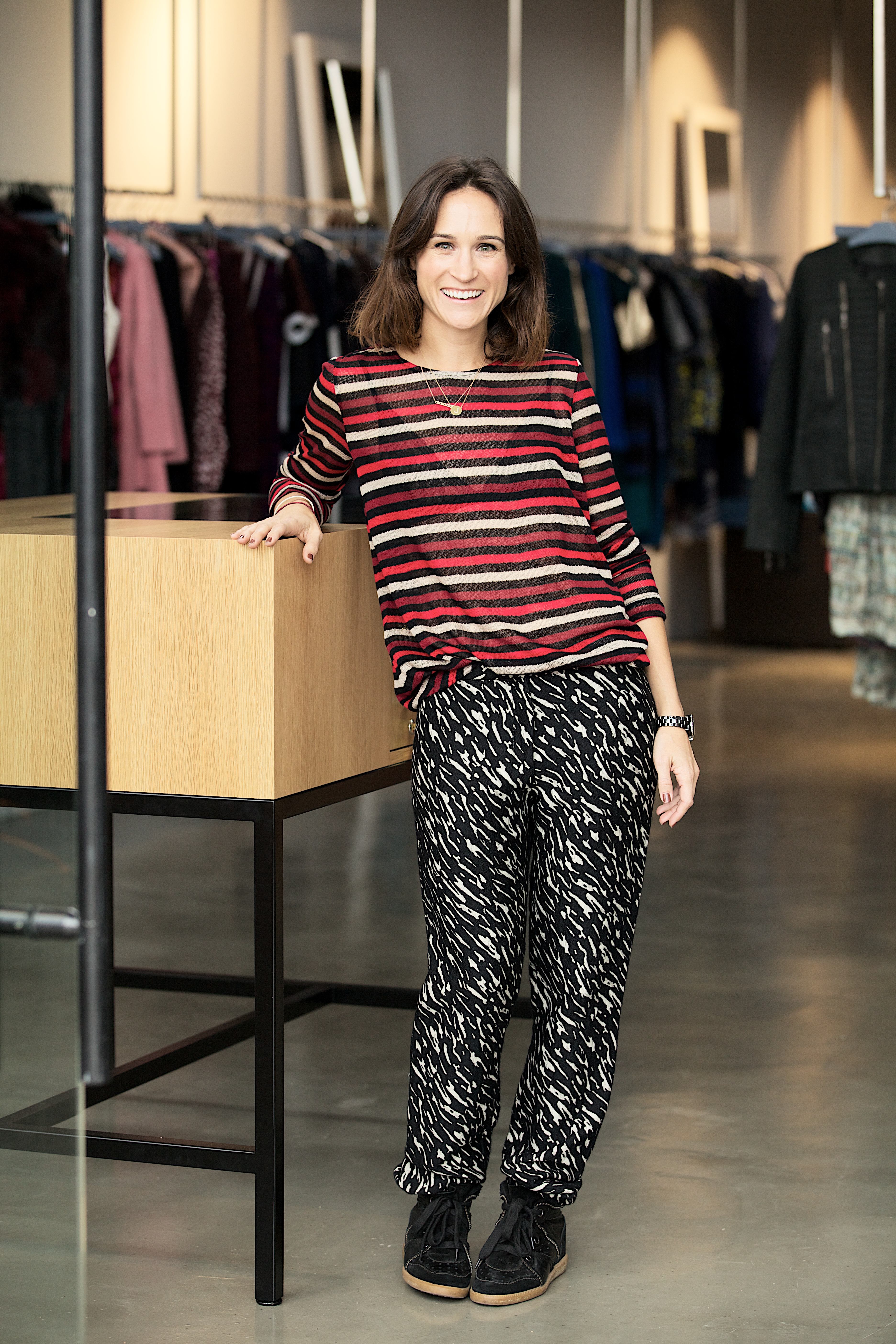 When Melissa Akkaway founded her line Beckley in 2011, it was originally intended to fill her Los Angeles boutique, Beckley, with quality, everyday pieces. Eventually, Akkaway realized she might have an opportunity to really build the brand and decided to close shop this winter and focus her full attention on the collection. Ever since the entrepreneur and mother of two has been growing the business and turning out chic versatile pieces for stylish, busy women on-the-go. We caught up with her to see how she’s making it all happen.

You started out in retail. Why did you decide to open your own store after doing retail development for the Mandalay Palace?
I was interested in fashion, and I have a business degree so it can transcend into any industry, but I wanted to curate something I felt was missing in the marketplace in terms of different brands that I love wearing and a place where people could really feel comfortable and get honest feedback. I opened my first boutique on Melrose in May 2008.

How did you start Beckley?
I wanted to have pieces like a leather jacket retailing under $900 in my store. I started it so I could carry pieces I couldn’t really find at a good price without sacrificing the quality. The first collection was only nine or 10 pieces; they were things that we felt were missing in the store and that we wanted to come in and produce ourselves. The store was a testing ground for everything before we launched into the wholesale world.

What are some things you learned while you were testing the line out?
I really saw how important it is to get the fit under control. So many hours go into that!  Secondly, it was good to test out different price points. I think that it was about price, fit, and fabrication, too. When you go to fabric shows and feel different fabric swatches, and you think you have a sense of what it will be like, but when you’re working on a large scale, sometimes it meets expectations and sometimes it’s underwhelming. It’s taught me to put a lot of energy into feeling the fabric.

You eventually closed your boutique. Why did you decide to just focus on the line instead?
I really wanted to focus on one thing. I felt I could grow it and give it more attention than I have in the past, because I was doing all the buying for the stores and obviously, running a store and multiple employees is a lot of work. It came to a point to make a decision of where I wanted to go and I chose to put all of my energy into developing the line and really seeing where we could take it.

What was the first step when you decided you wanted to design your own line?
There was a girl who worked for me while she was in design school in Los Angeles at FIDM. I decided to give her a call. She was living in New York at the time and I told her I was thinking of starting this line and wanted to work together. It’s been a great partnership. She has the technical skills that I don’t have. Her name is Kelsie Hayes and she’s fantastic. It’s all about connecting with people.

Who was the first retailer to pick up the line?
A store in Texas called Studio Sebastian; we’ve continued to do business with them. They’ve sold the collection really well. We’re also sold at Adresse in Philadelphia and Omar + Elsie in Lexington, and we’ll be launching our first-ever pop-up store in Soho on 85 Mercer Street from April 15th to April 27th.

What are the prices like?
It’s a true contemporary price point. We have a twisted-back sweatshirt that retails for $195, and our most expensive piece in the line are our suede overalls this season and they retail for $950, but everything is between $300 and $550.

What would you describe the aesthetic?
Tomboy with feminine flare. It’s definitely representative of how I dress. I’ll put a dress on and throw on sneakers. Or I’ll throw a leather jacket over a little dress.

What is your personal piece from spring that you love?
I love the eyelet dress with drawstrings. That could be a vest or you could put it over denim shorts and a t-shirt. It could also be a dress if you layer it under a slip and it could also be a bathing suit cover up. You could throw that in your bag for vacation and travel and use it in a few different ways.

We hear you love to travel. What is your favorite destination?
Last summer we were in Capri; it’s one of my favorite destinations. It’s very small and quaint. We go to this restaurant called Paolino Capri that’s in a lemon orchid and the tables are surrounded by giant lemon trees.

You’re a mother of two. How do you juggle it all?
My wakeup time is 6 a.m.! It’s really about finding quality time to spend with your kids and just being really present, putting down your phone, and getting away from the computer. Otherwise, it’s about doing the work at night or when they’re napping. I make lists of things I really want to get done for work, and it might take me all day to get them done or take an hour to get them done It’s just about being very organized.