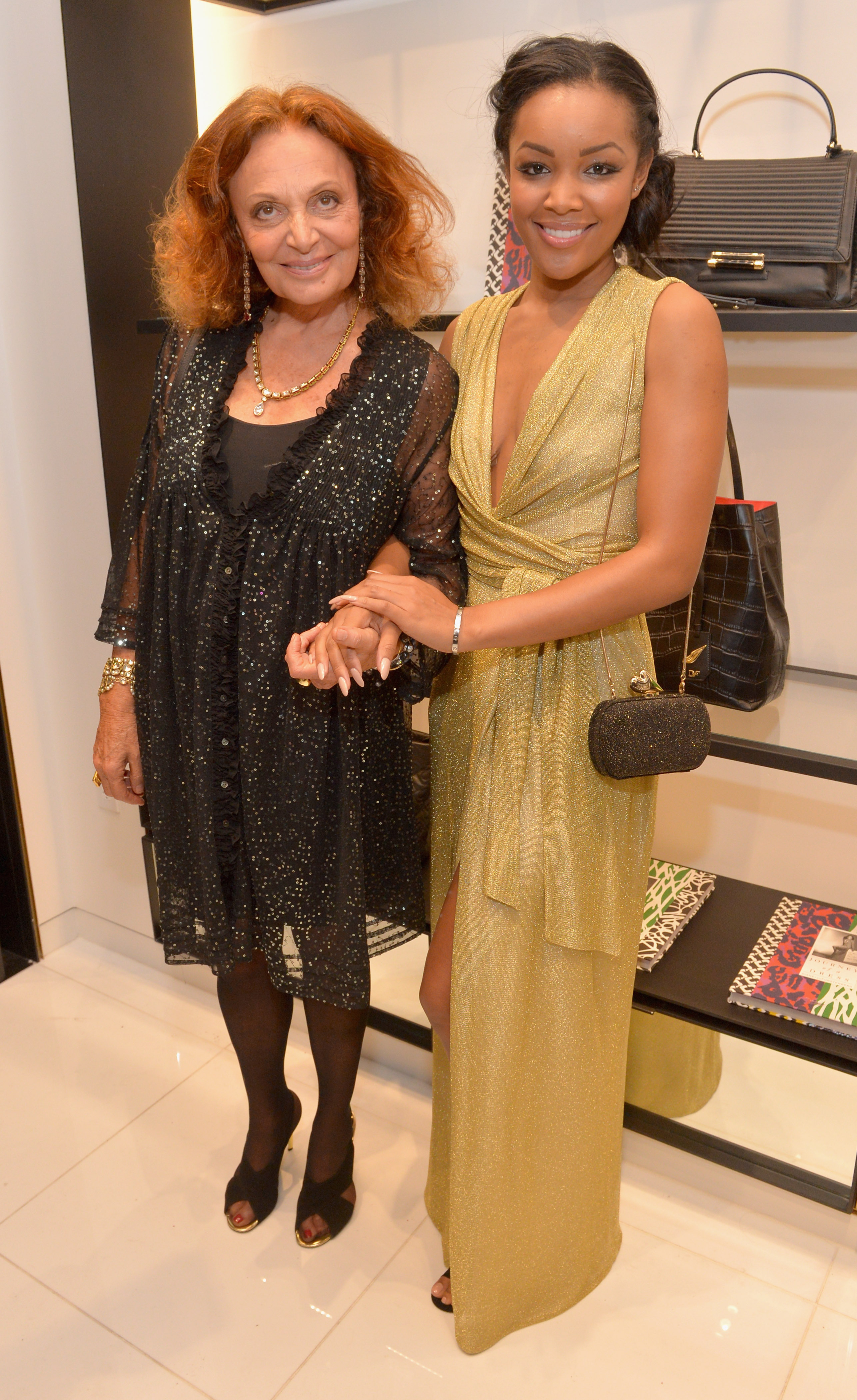 In case you’ve been on pins and needles while waiting to find out who won House of DVF, Brittany Hampton scored the style ambassador role. Diane von Furstenberg‘s reality show followed eight women who were vying for the chance to represent Furstenberg’s brand. Throughout the show, the women were tested in various roles, from selling clothing in the retail store to walking editors through press previews and creating mood boards. Hampton was the clear winner from almost the beginning. The 25-year-old from San Francisco was really the only one that looked the part and dressed the part from head to toe.

But Hampton wasn’t the only one to score a gig. Early on, Bronx native Tiffani Warkenthien was hired to work in one of DvF’s retail outposts after von Furstenberg let her go from the show, and finalist Lenore Genovese of Staten Island was hired to work in the wholesale department. Hampton’s contract with the brand will last one year, so unless she gets hired to stay on longer, one might argue that Genovese was the real winner. Future burgeoning fashionettes wanting to score a gig with DvF may have to go the old fashioned route. According to The Wrap, executives like NBCUniversal chairman Bonnie Hammer were not too pleased with the ratings, although NBCUniversal Lifestyles Network president Frances Berwick told the publication, “Reality shows grow…It doesn’t do the same numbers as the Kardashians, but nothing else on our network does.” Oh, those Kardashians! They’ve already taken over television…next stop? Fashion.

She was the best candidate! She deserves it!

DESPITE the mean girs u emerged the winner.big ups 2 u though lenore was my best

U were my favourite. All the best girlfriend. You must prove a point or two to Jessica Joffee and that witch Kier.

Winner from the begging ! Great choice all the best