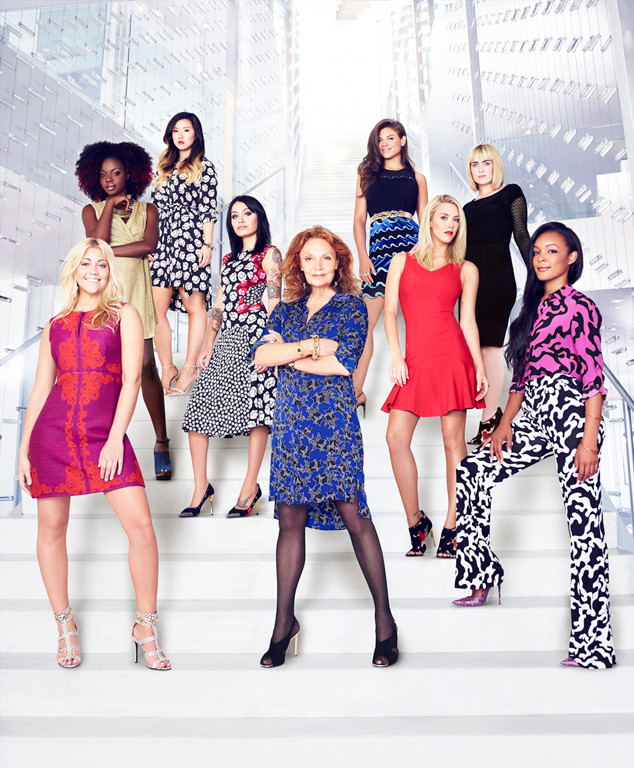 Set those DVRs, because DvF is coming to the telly this Sunday night when E!’s docu series House of DVF premieres at 10 p.m. EST. The show follows eight young girls, including a Mormon and a gal hailing from the fashion capital of Staten Island, as they compete for the role of brand ambassador for the company. E! is touting the show as bringing reality back to reality TV, and viewers shouldn’t expect the kind of scripted drama (Think Real Housewives of Everywhere…) that may have run its course. “Many agents and studios had come to me and wanted to do a TV show,” Diane von Furstenberg tells E!. “I decided if I was going to do a show, it had to be a few things. It had to be true. It had to be honest. It had to be real.” To celebrate the launch, they’ve wrapped Lady Liberty in DvF heritage. If you find yourself on West 14th Street this weekend in the MePa, you’re encouraged to take a snap with Miss Liberty outside of their store. (Be sure to hashtag #HOUSEofDVF) You can also finally pick up DvF’s must-read memoir, The Woman I Wanted To Be, which came out earlier this week.