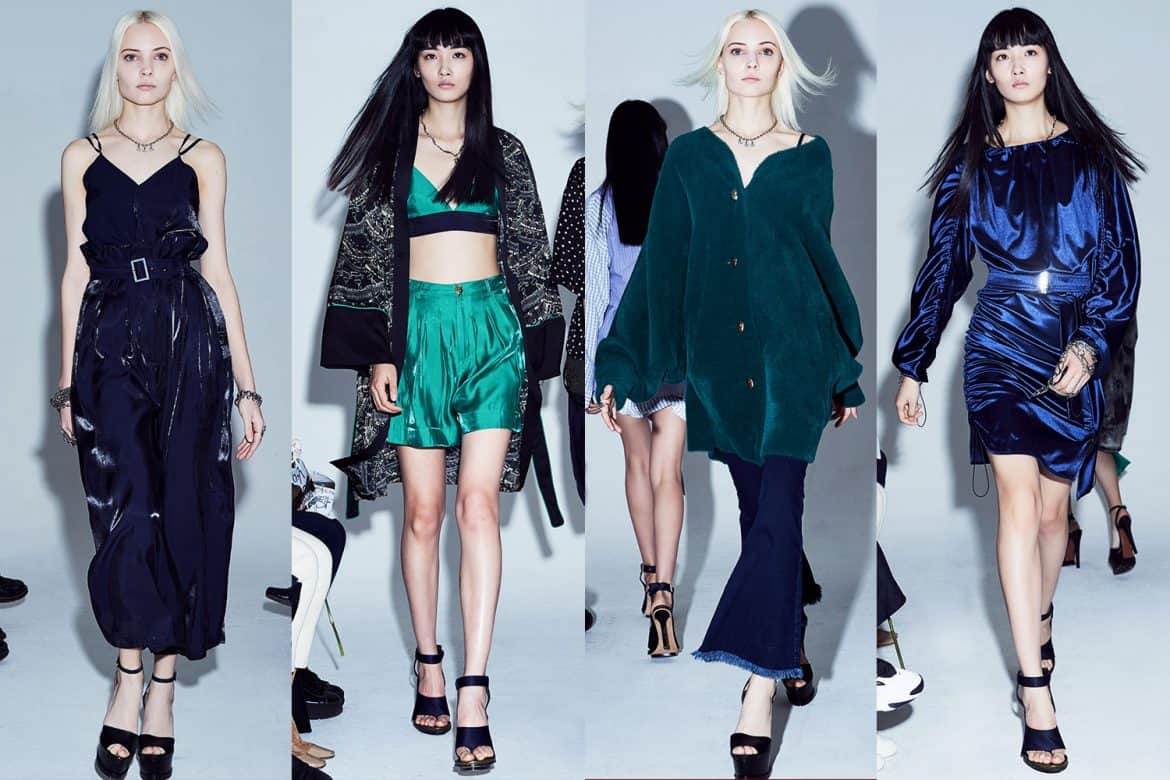 One of our many encounters during New York Fashion Week last month was catching up with designer Josh Hupper of Babyghost. The cult brand based in Shanghai is celebrating nearly 10 years in business along with co-designer Qiaoran Huang. After checking out their gorgeous Spring 2020 collection (they show in season), we sat down with Hupper at The Strip House Speakeasy to chat about their near decade run. 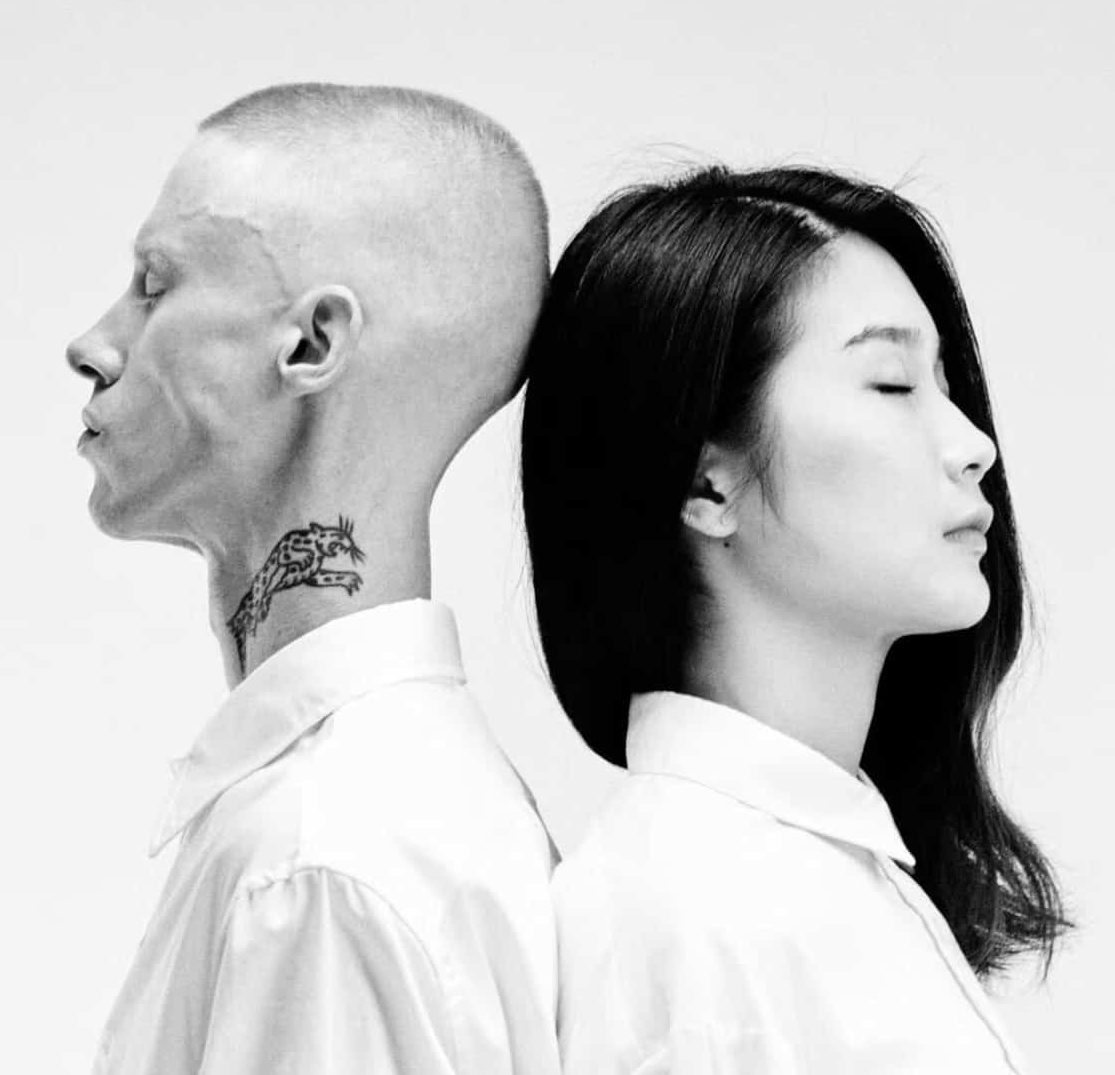 Where are you from?
My parents are both from Long Island, but I grew up Columbus, Ohio. It was a great place to grow up. I grew up with hippie parents and private schools.

How did you and Qiaoran meet?
We used to work together. Nathan Jenden was the creative director of Diane Von Furstenberg when I interned at Diane
in 2002. That was the moment where she was on the come-up. He was the first creative director that I worked for so skip ahead to 2000 and I was at Thakoon and Qiaoran was working with Nathan at DVF.

How did you have the conversation to combine forces?
We were in London at haunted house. I think it was probably the night after our first show and we started talking about it, but we didn’t start the brand for another year. We were really fortunate that a lot of supermodel careers were launching at the time we were launching. The Chinese community is pretty tight knit and all of the sudden we were around girls who were about to get big such as Xiao Wen Ju, Liu Wen, and Fei Fei Sun. We had a studio and people would come around and try clothing all of the time. 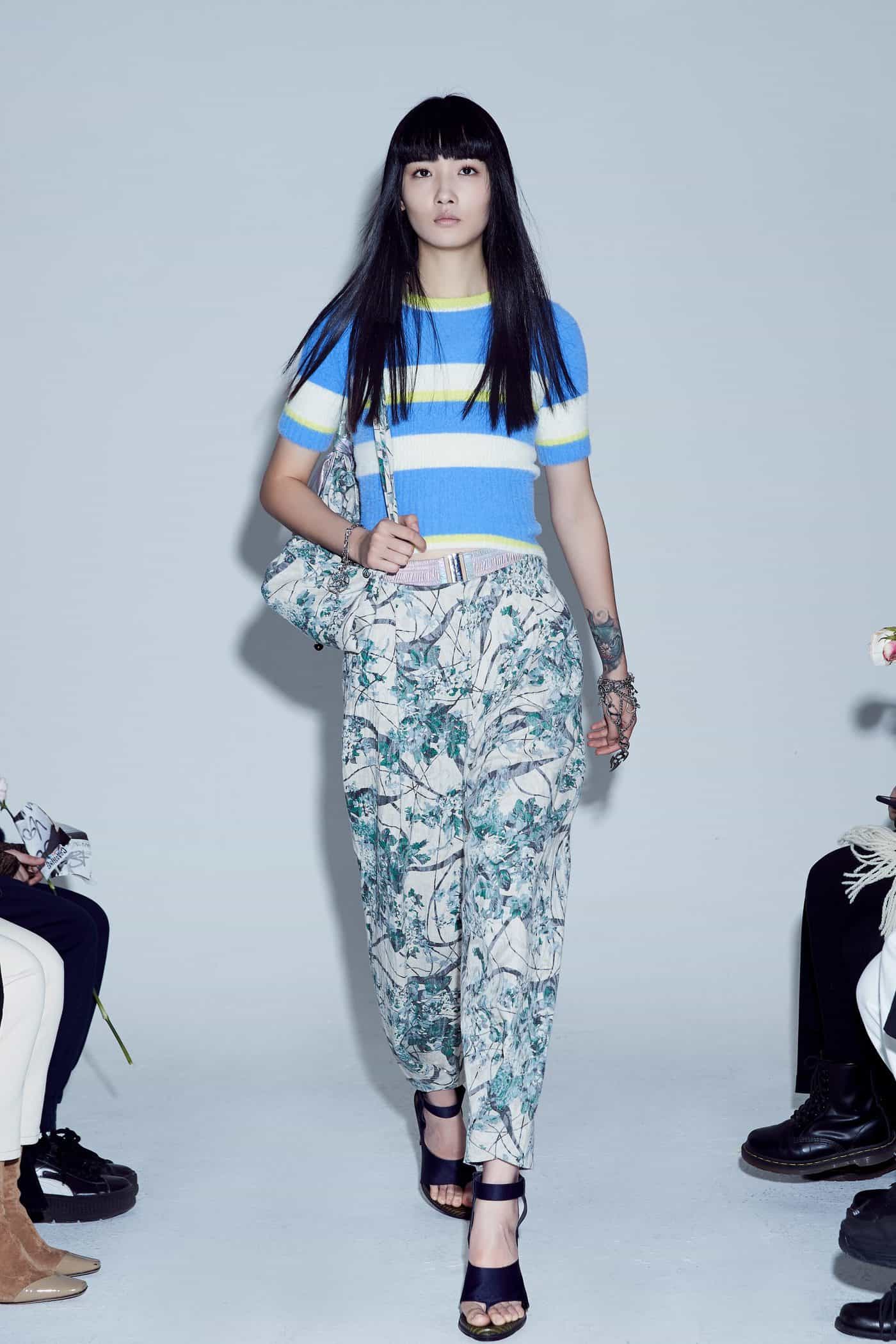 How have things changed since you started?
The DNA hasn’t changed. We’ve gotten a little bit older and a little bit wiser with the way that we’re running our business now. We look back at those happy times when we hung out with our friends and never looked at our balance sheets. We never looked at how much money we were spending on raw materials or manufacturing. We built this company together.

Tell us about the “Hope” show earlier this year.
We photographed our Spring-Summer 2020 collection as though we were holding a fashion show, catwalk and all. A bit of an illusion. We invited some of our friends and customers to come and sit as though we were holding a true runway show. In the background, there was a neon sign that said, “Hope.” We have a similar neon sign in our own studio. We shot the lookbook right before the new year. Everyone was so excited. It was great having our friends and customers in attendance as we were able to get their immediate reactions to the pieces in the new collection— what they really loved and what was bound to sell well, allowing us to take that feedback into consideration for garment production. 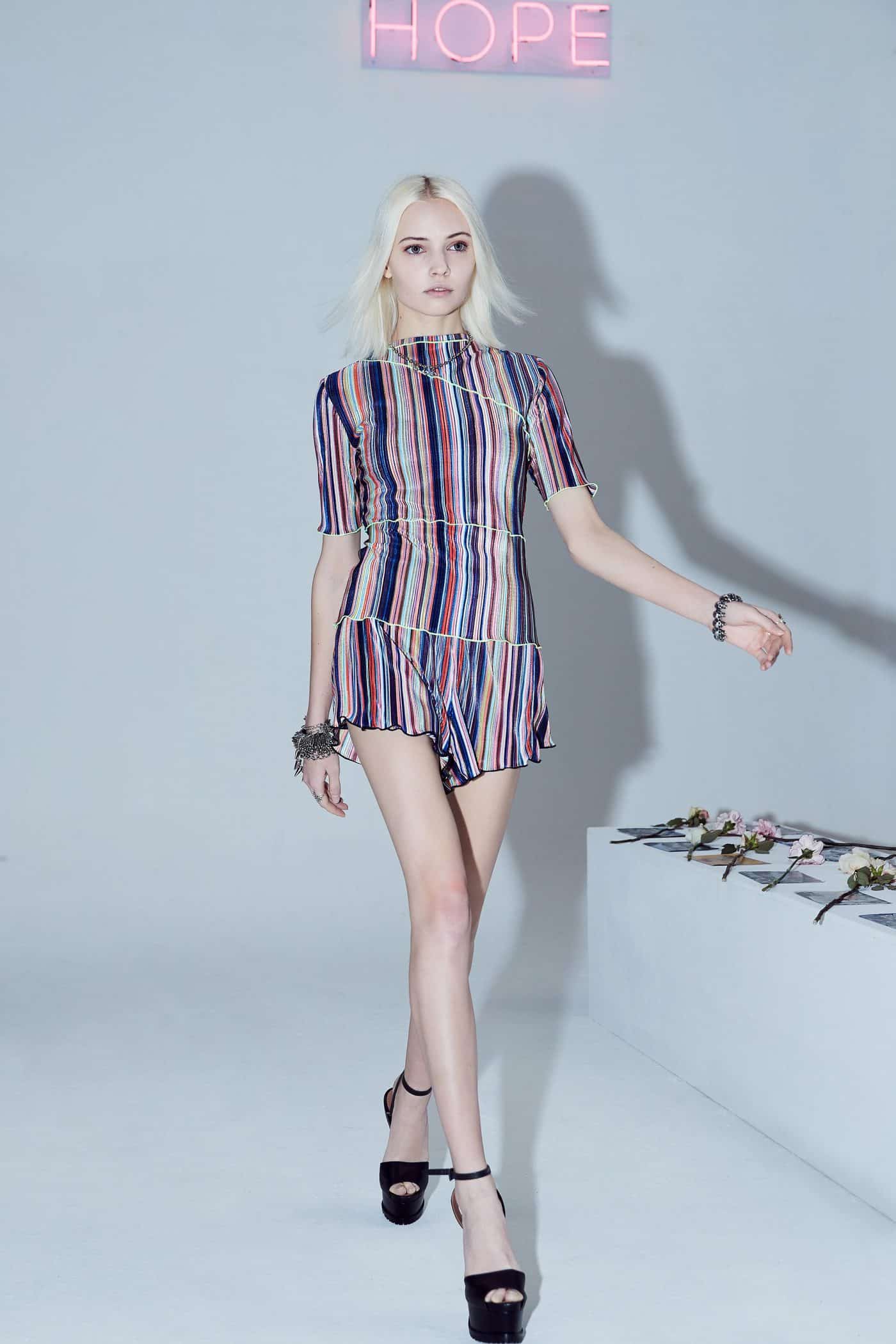 We understand you have a cult following in China! What does that mean? Do people freak out when they
meet you? Do you have the biggest Chinese celebrities wearing it?
All of the above. I got recognized twice since I moved into The Jane Hotel [recently], by Chinese women that are going to school here. There like “We’re here for fashion week.” And our friends all still wear it. We have supermodels that wear us. We never tell people to wear it our post it, I think that’s why they like wearing it. But I’ve been really into micro-
influencers. Women that might only have 600 followers, but they love it and they get it and tell other people about it and their small following actually has a small following. I see so much more potential in growing the company with that
then “Can we get Beyoncé to wear this jacket?”

What American brand could you compare your success to?
A good example would be Supreme. It was last year around the same time we were still kind of considered a street label, but we started to pivot a little bit and got a lot prettier.  Last year in September was still  high-tops and more street, but that hypebeast culture is really different, it’s really finicky. You’re hot one minute and then you’re gone the next. We don’t want that to happen. It’s really nice to be amassing a following, but not too fast. We joke around that we should change the name of the brand. 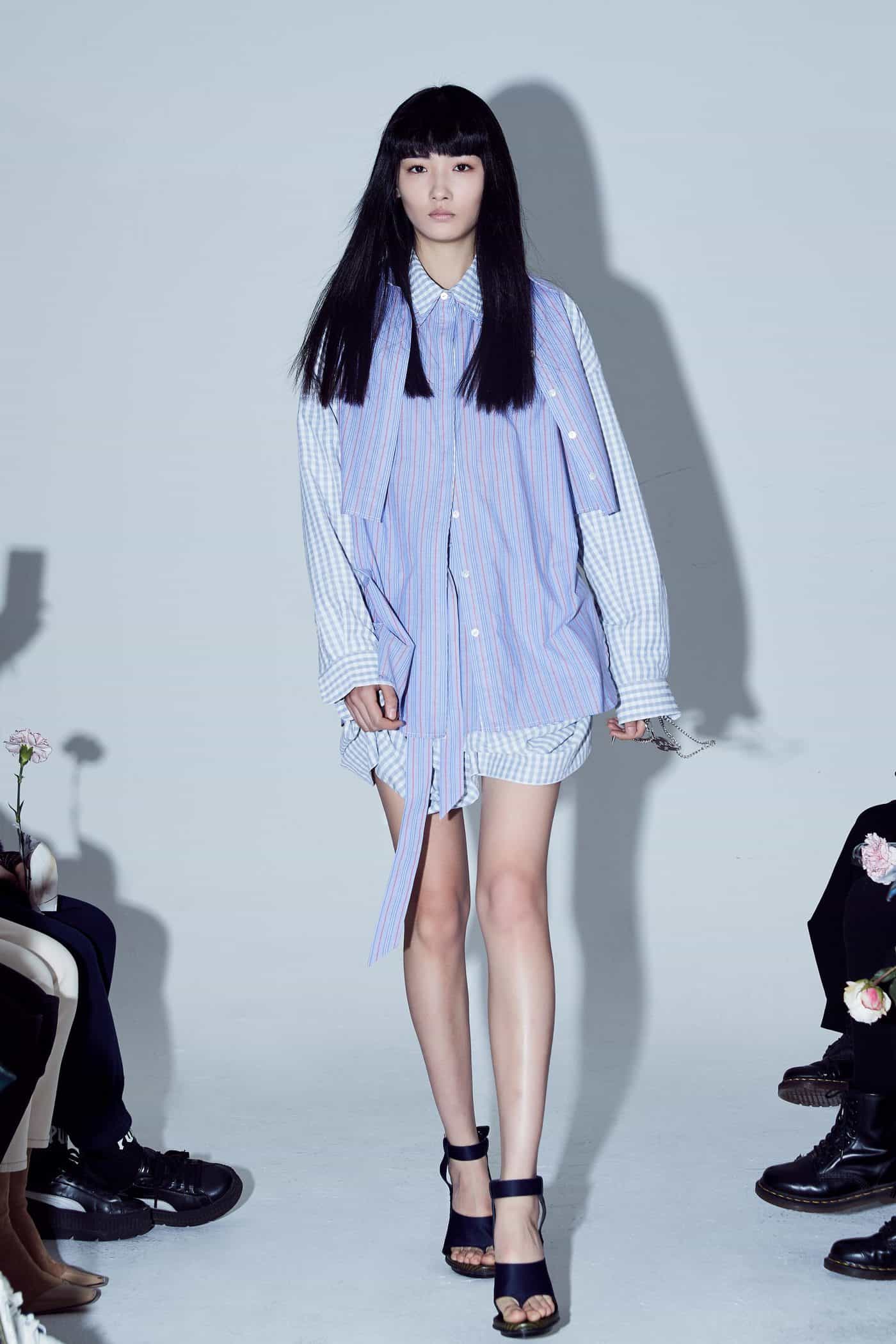 How did you feel about having cameras on you all the time while filming Making The Cut?
[Laughs} I absolutely hated it. I never wanted to be filmed. Babyghost wasn’t named after either of us because we wanted something that would outlive us. If you look at our Instagram too, I’ve been brilliantly cat-fishing Instagram for a long time. Many people don’t know that there’s a tattooed 38-year-old boy behind it.

Meet the Incredible Designers of “Making the...