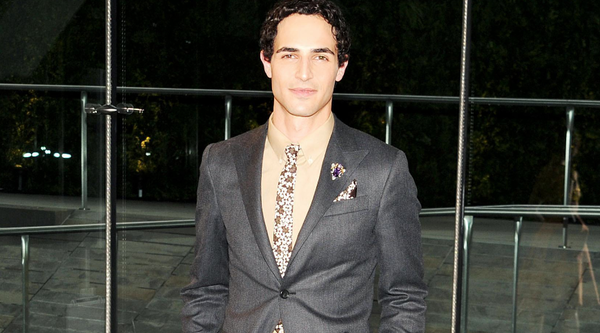 (NEW YORK) Zac Posen‘s next collab has him getting hitched…to David’s Bridal, for a line of altar-apropos gowns bearing much gentler prices than his usual frocks. The line, dubbed Truly Zac Posen, is comprised of six gowns that roll out in stores come February 2014. Priced at $850 to $1,350, the nuptials-ready ensembles come in gradations of ivory. For the bridesmaid or mother of the bride set (which could also segue into cocktail attire territory), Truly Zac Posen also includes a spate of five “social occasion dresses,” done in neutral hues as well as a metallic take on jacquard with a hint of lavender in the mix. The wallet damage is even more minimal for the latter set of dresses, which will range from $195 to $225 a pop.

As for the main-event dresses for brides-to-be, expect a tapis rouge-ready level of dramatic flair (no fairytale, frothy whimsy in this collection, so it seems) for the big day. To wit: Trains err on the longer side and sculpted and contoured bodices abound. To discuss: Will Posen’s get-hitched creations be a hit?