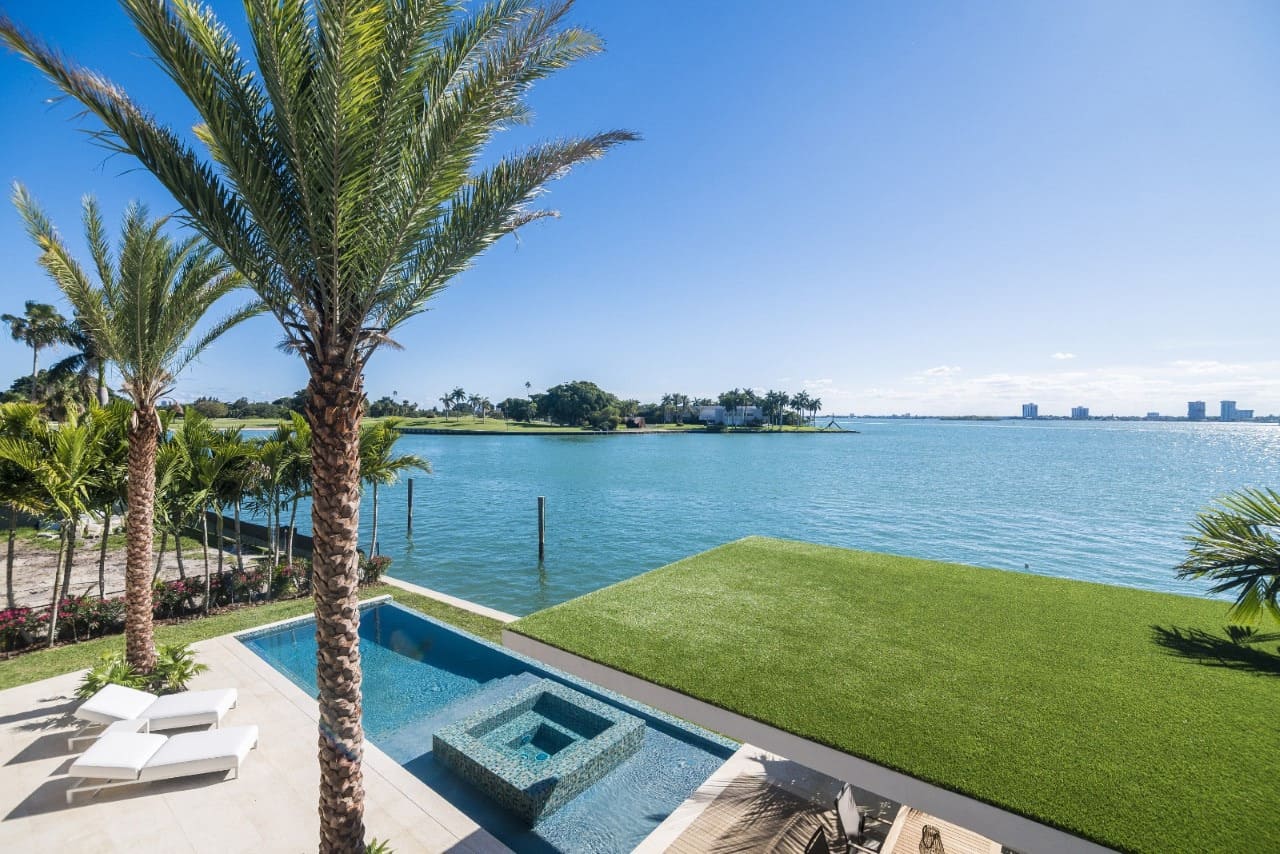 Miami is a large metropolitan city that has an abundance of wealth, the architecture and homes of the city parallel its wealth- as it boasts everything from waterfront mansions, to sleek and cutting-edge designed penthouses in skyscraper buildings. Super Luxury Group recognizes the extravagant and opulent nature of the city, and is well-versed in selling homes over $5M to the rich and famous. The excessively extraordinary aspect of the city is reflected in the way SLG does business, always delivering at an impeccable pace, and exceeding client expectations to perfection. Founders Daniel Tzinker and Alvaro Nunez take have formulated a specific method that has become the staple of their company, as they are experts when it comes to “matchmaking”’- matching the home to the lifestyle of the client.
Before starting SLG, Tzinker worked at a major brokerage in New York City, he was a top producer for 7 years for the company, until he decided to go out on his own. Nunez worked had a company in the Caribbean that focused on arranging rentals for expensive villas. The work experience of Nunez was instrumental to SLG, as most of Nunez’ customers became investors with SLG. Tzinker has closed many deals of epic proportions, like the off-market $26M land deal in Indian Creek, also known as “Billionaire Bunker.” He also closed multiple properties valued at over $20M in North Bay Road, as well as a multitude of penthouse deals in Edition, One Parasio, and W South Beach. Armed with vast industry knowledge and experience, SLG is the perfect company to service the needs of those of substantial means, who are looking to make a purchase in the luxury home market.
Tzinker and Nunez have a harmonious partnership, as their skillsets are perfect complements to one another. Nunez runs the daily operations of the business, and his immense knowledge of marketing luxury homes is critical in their success. Nunez is an expert at social media advertising, making SLG competitive in the luxury home market, as well as making their luxury homes stand apart from others that are on the market.
SLG group mainly targets high-end properties anywhere north of $5M, as they mainly cater their services to wealthy entrepreneurs. They take a proactive approach with their clients, as customer satisfaction is their biggest priority when working with a successful and affluent clientele base. SLG group wants to exceed client expectations in every aspect of their work.
Their patented “matchmaking” process is what separates them from other companies in their field, as they look to match the lifestyle of a client with the home. They have a committed team in place that works around the clock to guide clients in the purchase of their dream home. Their team of lawyers is always drafting a contract with terms that are favorable to the client, and their accountants always make sure the client comes out on top from a tax perspective.
The ultimate goal for SLG is to work efficiently, saving their clients time and money. They always make sure to check out the property before showing it to their clients, making sure it is in the same condition as in the pictures. Everything is centered around the client, as SLG maintains world-class service throughout the entire home purchasing process.
Presented by T1
Super Luxury Group
0 comment
0
FacebookTwitterPinterestLinkedinTumblrEmail

Meet Trust Me Vodka, The Spirit of Creativity