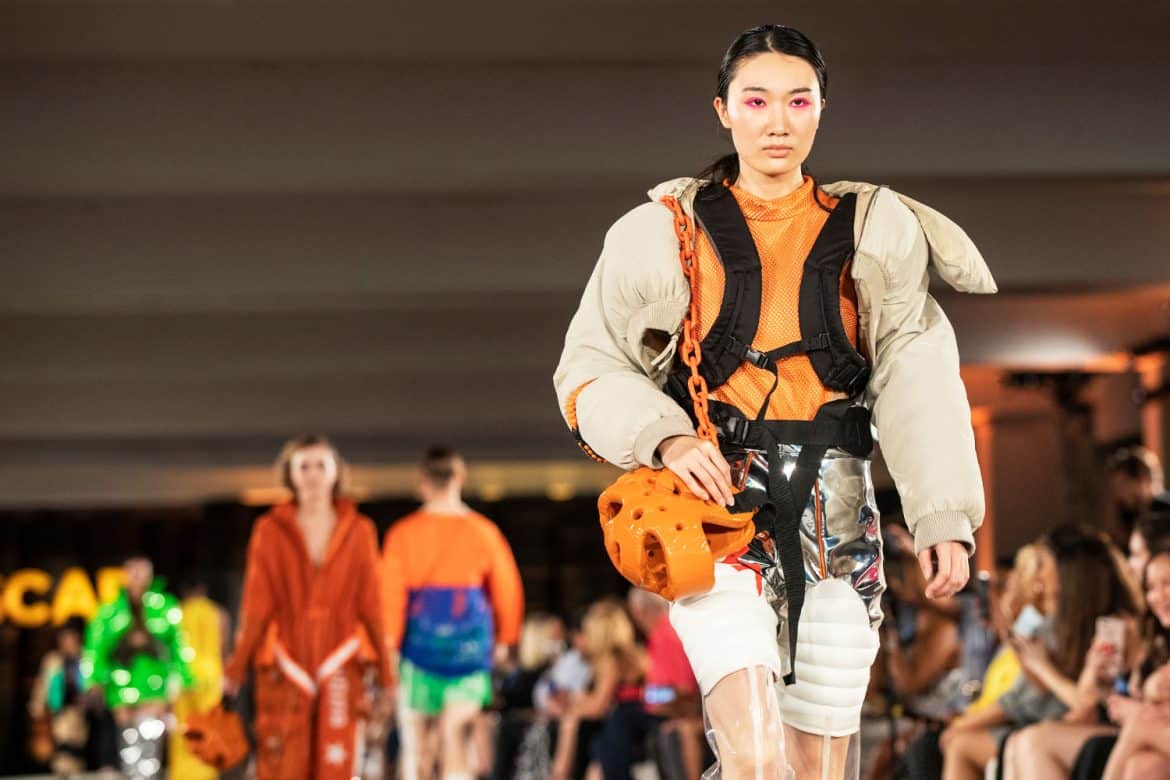 Last month, SCAD held their annual undergraduate senior fashion show at their Atlanta campus, featuring the work of some very talented young designers. Learn their names now because one of them may just end up being the next big thing.

Where are you from?
My family is originally from Mississippi, but I grew up on the south side of Chicago, raised by my mother, grandmother, and aunts. 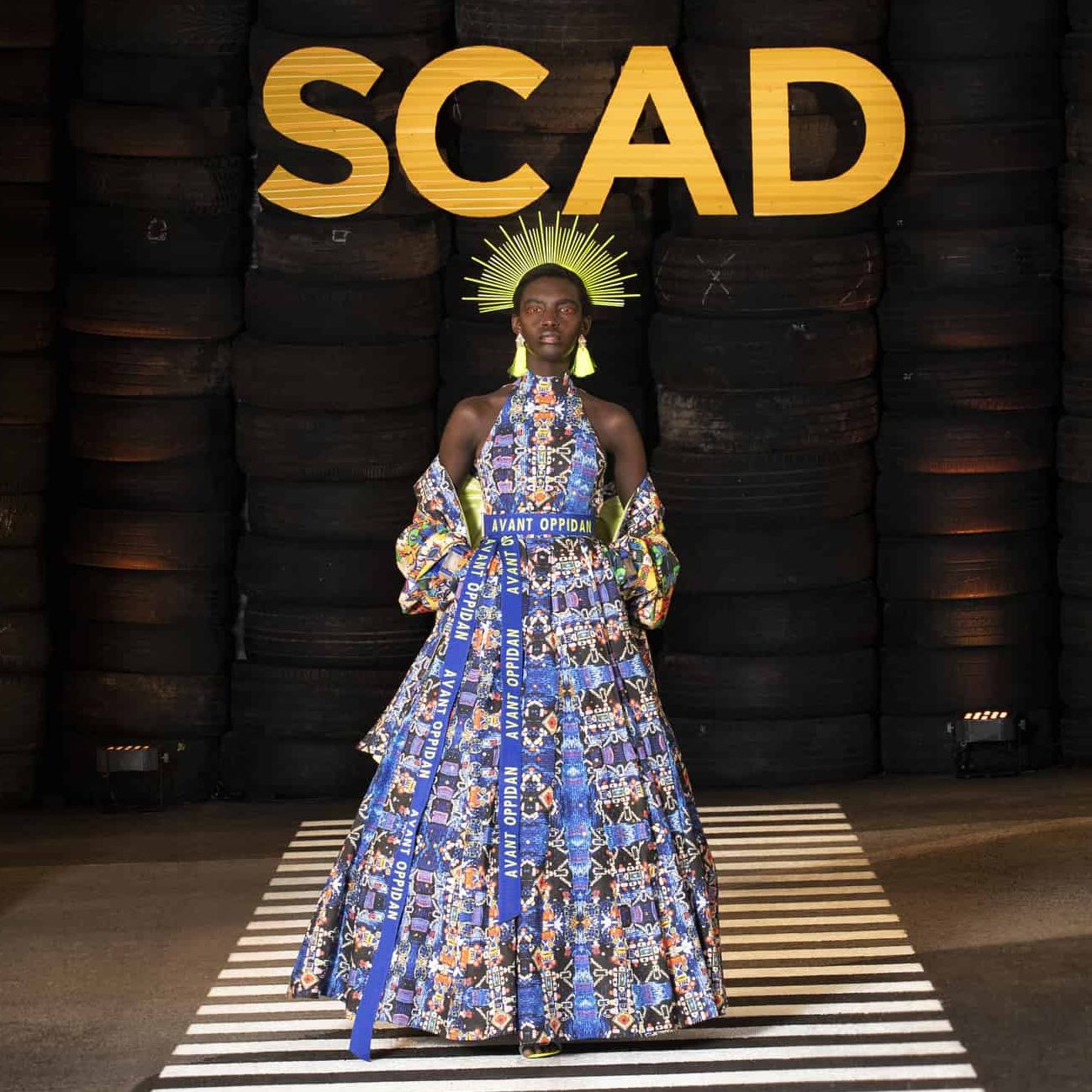 How did you first become interested in a career in fashion?
I used to design and make my high school’s marching band drill team’s uniforms for performances and competitions, in addition to being their dance instructor.

What inspired your senior collection?
The perception of black people and how they are stereotyped and stigmatized in America. 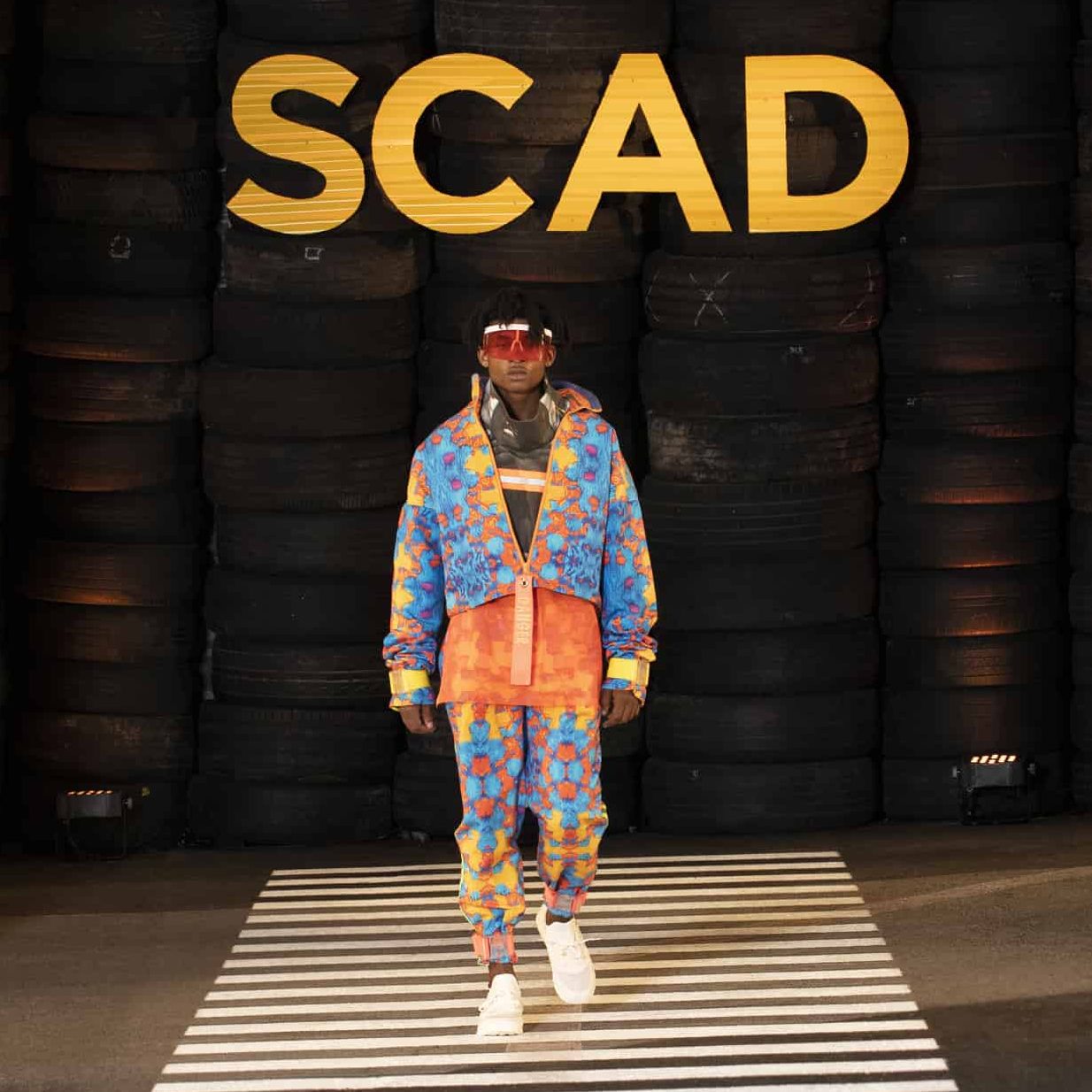 What is the biggest issue facing young people in the fashion industry right now?
There aren’t enough young people of color in the industry who have a seat at the table.

What are your post-graduation plans?
I will be working on my own brand, Avant Oppidan. 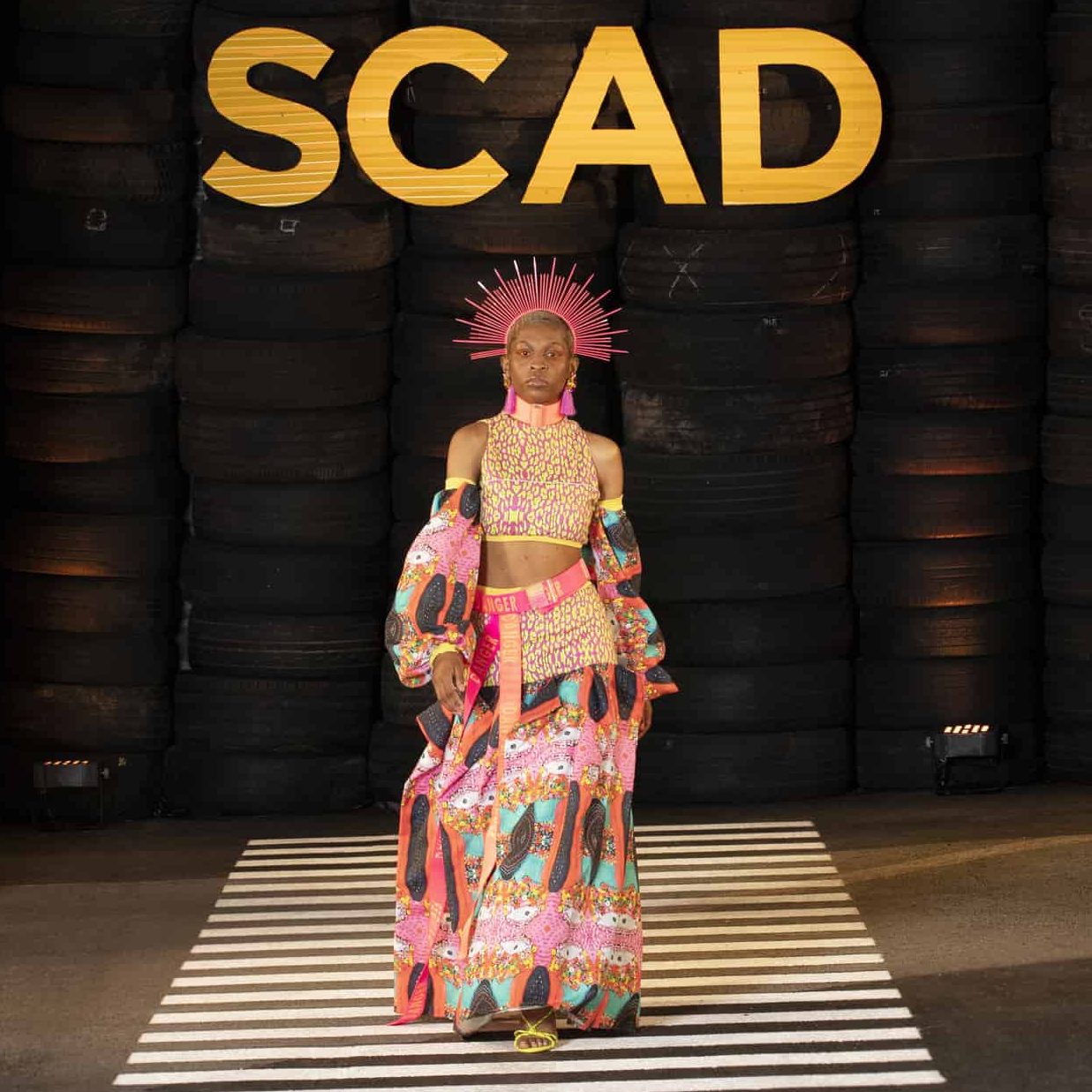 Where are you from?
Fort Lauderdale, Florida. I’m of Haitian descent and all Haitian families seem somehow to know each other. It’s a pretty close-knit community. 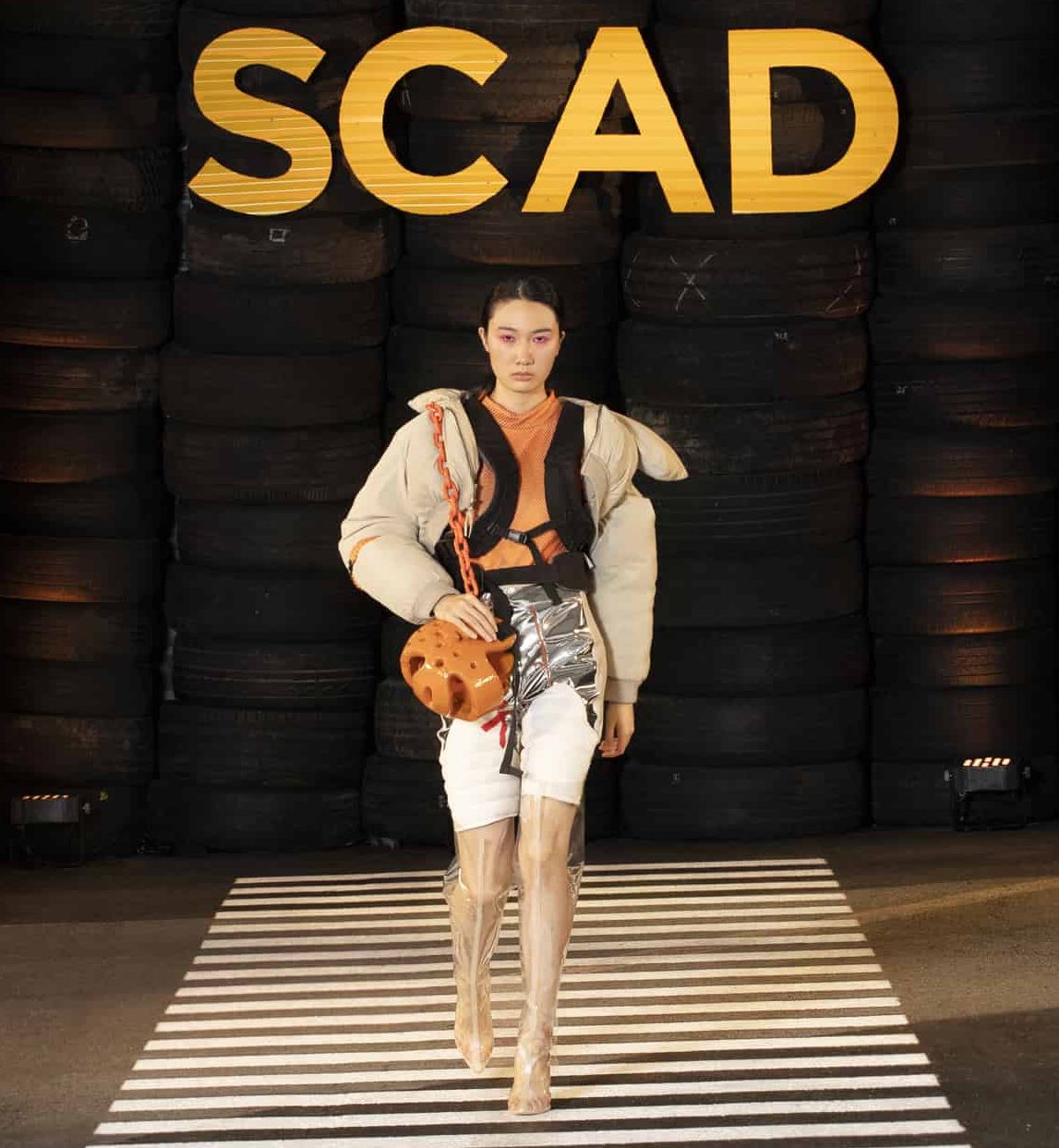 How did you become interested in fashion in the first place?
My uncle took me to Art Basel in Miami and I saw designers displaying their work in a showroom. When I saw those clothes up close, I just knew I was going to produce designs on that level some day.

What inspired your collection?
80’s sci-fi anime. I wanted to do something futuristic and bulky. I drew a lot of inspiration from ’80s space suits as well — lots of pockets, hardware, and straps. 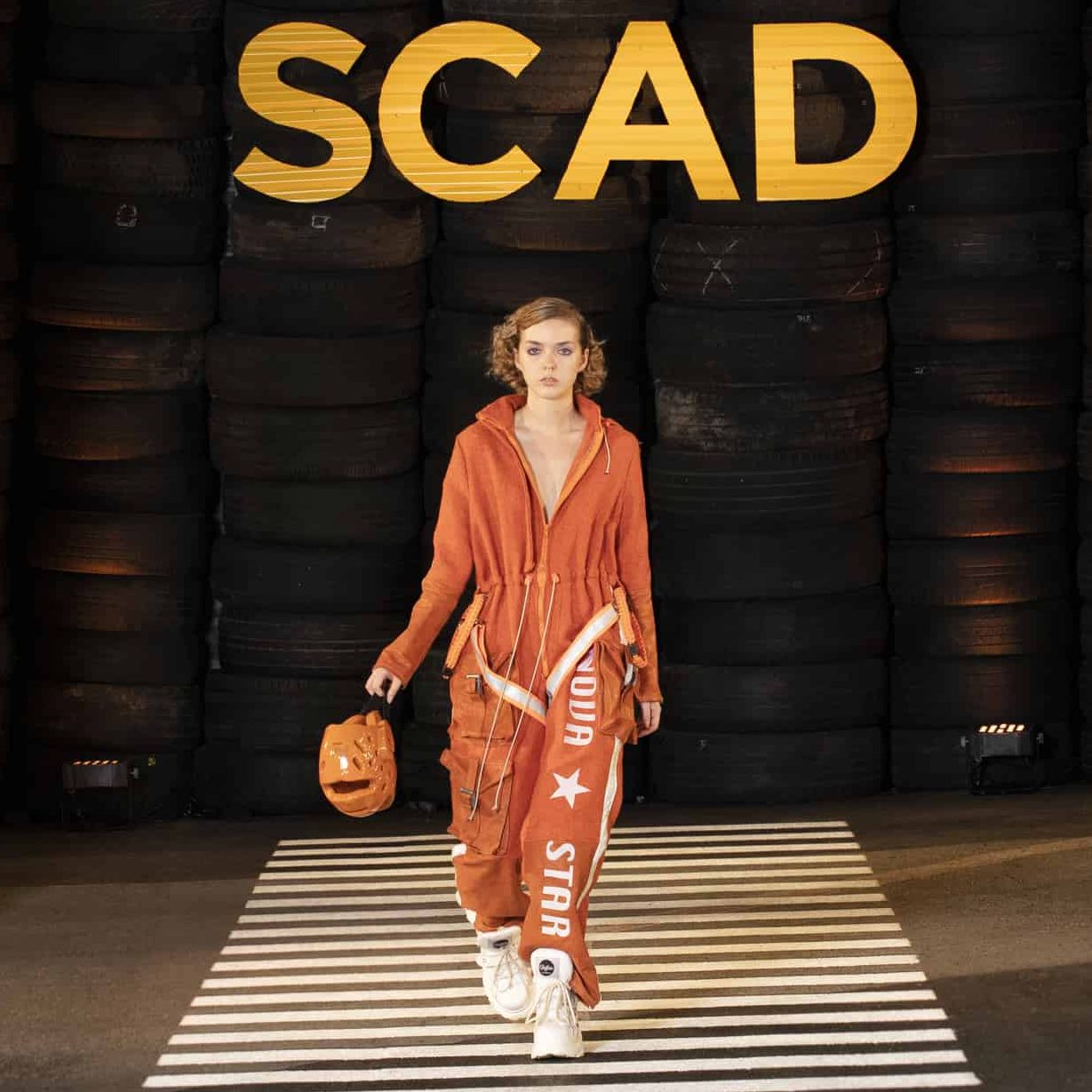 What was the most labor-intenvsive piece in the collection?
The green puffer set!  The vinyl was so thick and stiff, but it was the only one I could find in the color I wanted so I was determined to make it work. There were plenty of tears and a few times I just wanted to drop it, but I stepped away from it for a while and when I came back, I ended up pulling an all-nighter to complete it. That outfit is a reminder to myself that I can do anything if I want it badly enough. 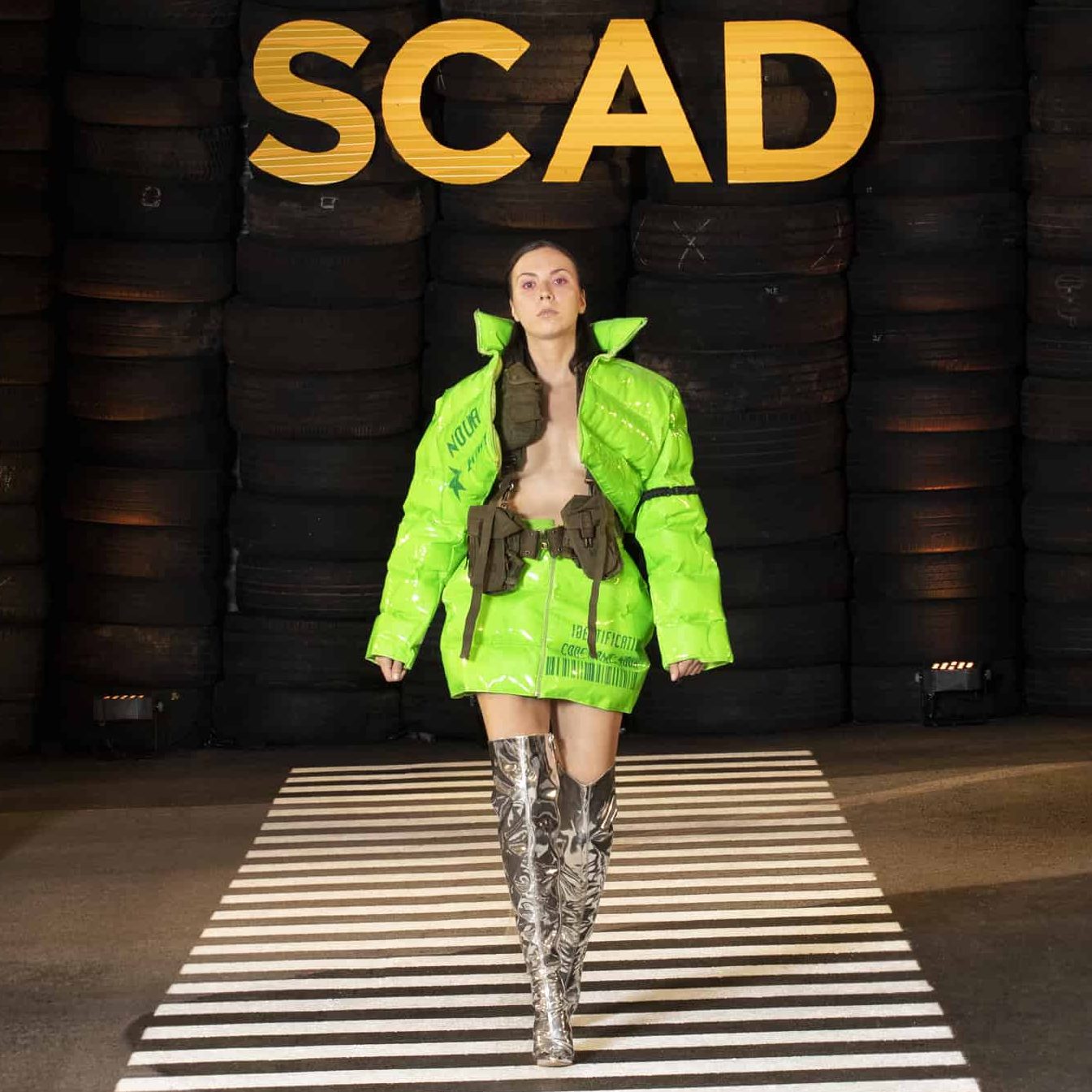 What is the best lesson you learned during your time at SCAD?
Stand by your vision. Always be open to suggestions, but if you’re confident in your ideas, don’t be afraid to do what’s best for you. You don’t have to please everybody.

Where are you from?
I was born and raised in California. I grew up in a multicultural and multi-ethnic home — my mom is half white and half Pakistani and my dad is black, and I am the oldest of four children.

What first drew you to a career in fashion?
When I was very young, I would wrap my sister up in different fabrics and take polaroids of her in my “creations.” I would also sketch what I saw on my favorite tv shows and movies, but it wasn’t until I was in 6th grade that I understood this was a career. Ever since then, I’ve been devoted. 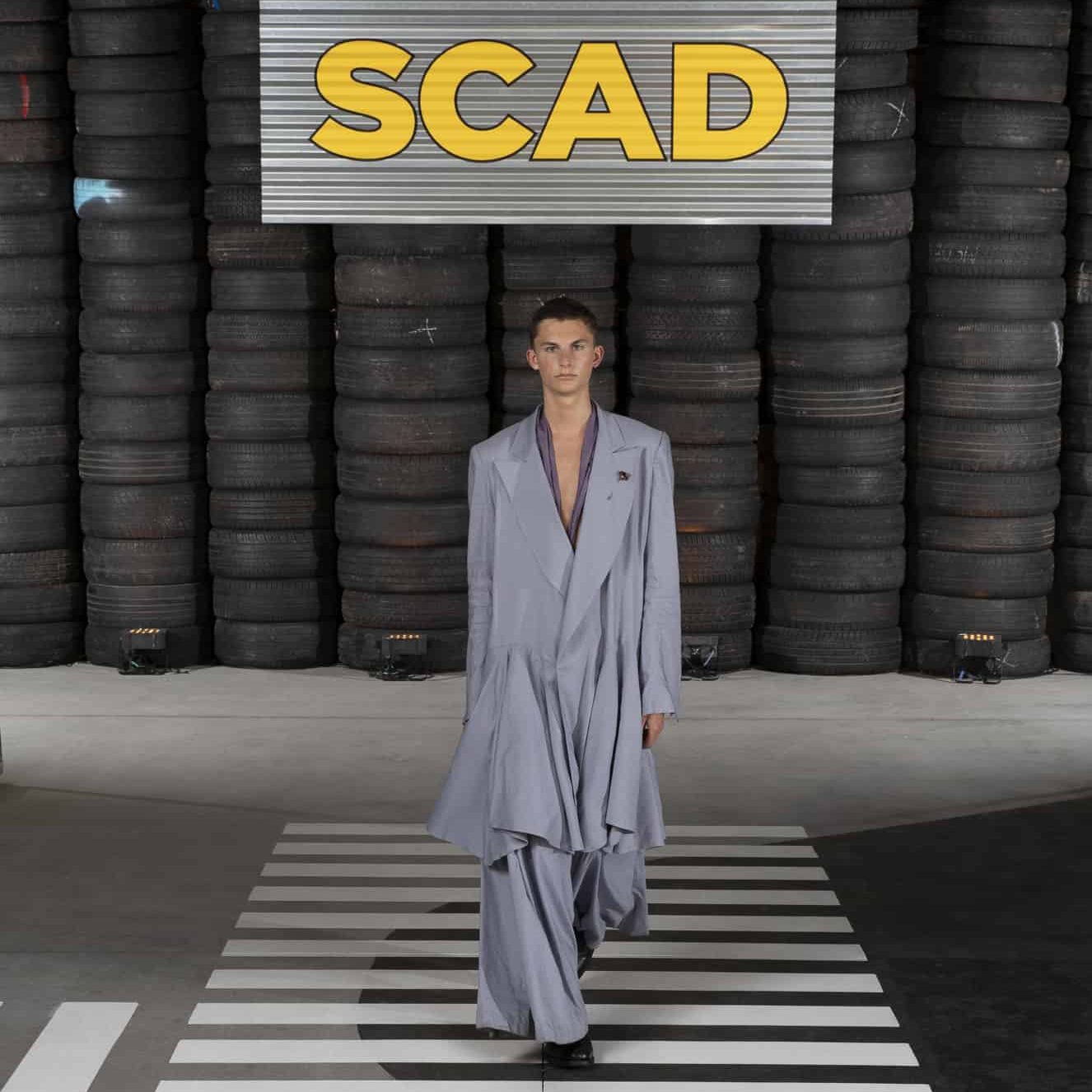 What inspired your collection?
The collection was inspired by my upbringing, particularly the three Abrahamic religions I was brought up around: Christianity, Islam and Judaism. I was raised Christian, but I was very close with the Jewish community in my neighborhood, and half of my family is Muslim, so we celebrated and participated in many religious events with them as well. The collection serves as a memoir of my childhood with the goal of highlighting and merging the similarities between these three cultures. 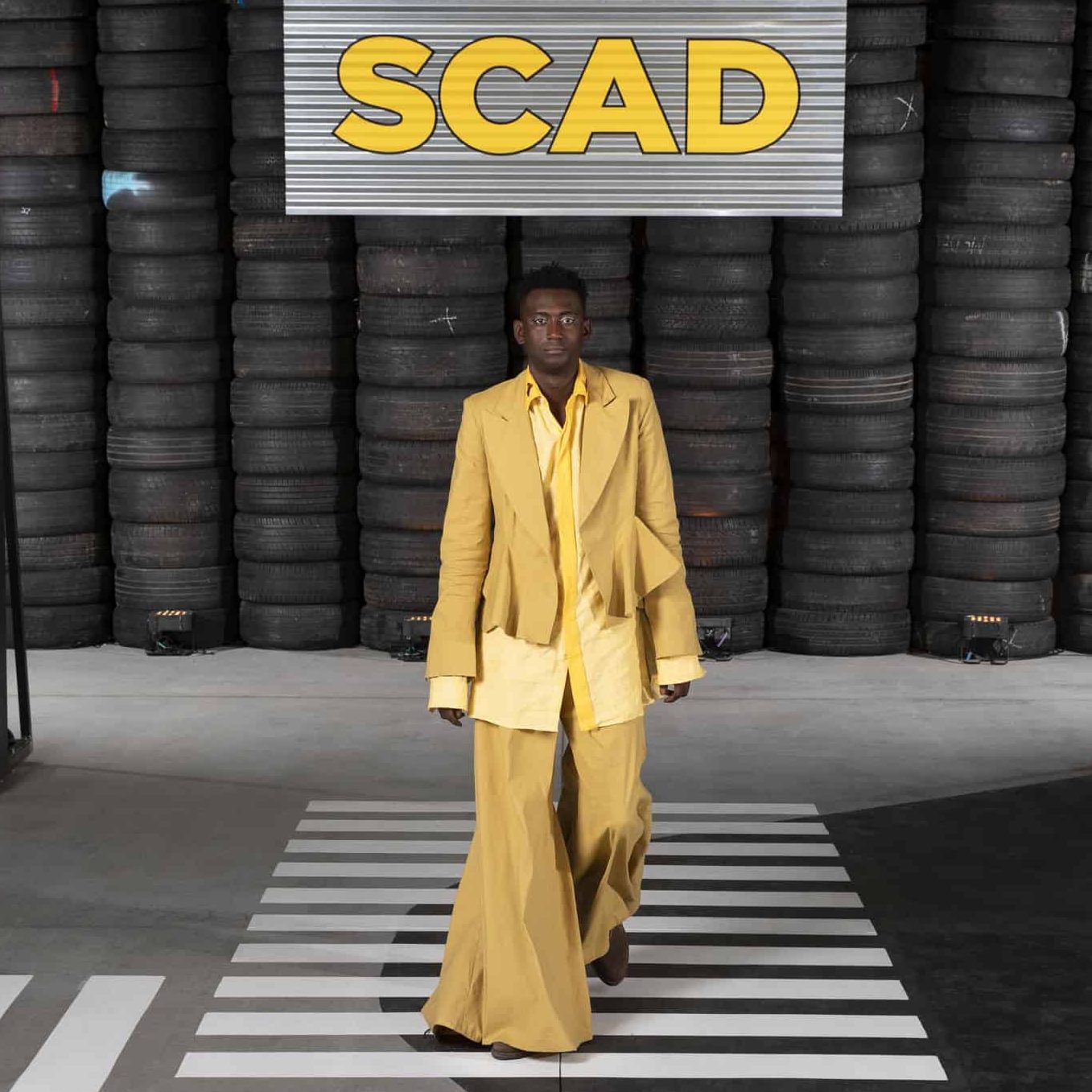 What do you love most about your collection?
I love how much fabric was needed to create each piece. The pants required more than 5 yards of fabric each and the white silk caftan took 8 yards to create. In my mind, I think I’m Christian Dior.

Would you ever want to compete on Project Runway?
Why not? People always say that I would for make great television.

What designer would you most like to work with?
Ricardo Tisci. I love that his aesthetic spans everything from the very athletic to the delicately elegant. He is the type of creator who thinks beyond his own medium (clothes) and delivers a whole universe. 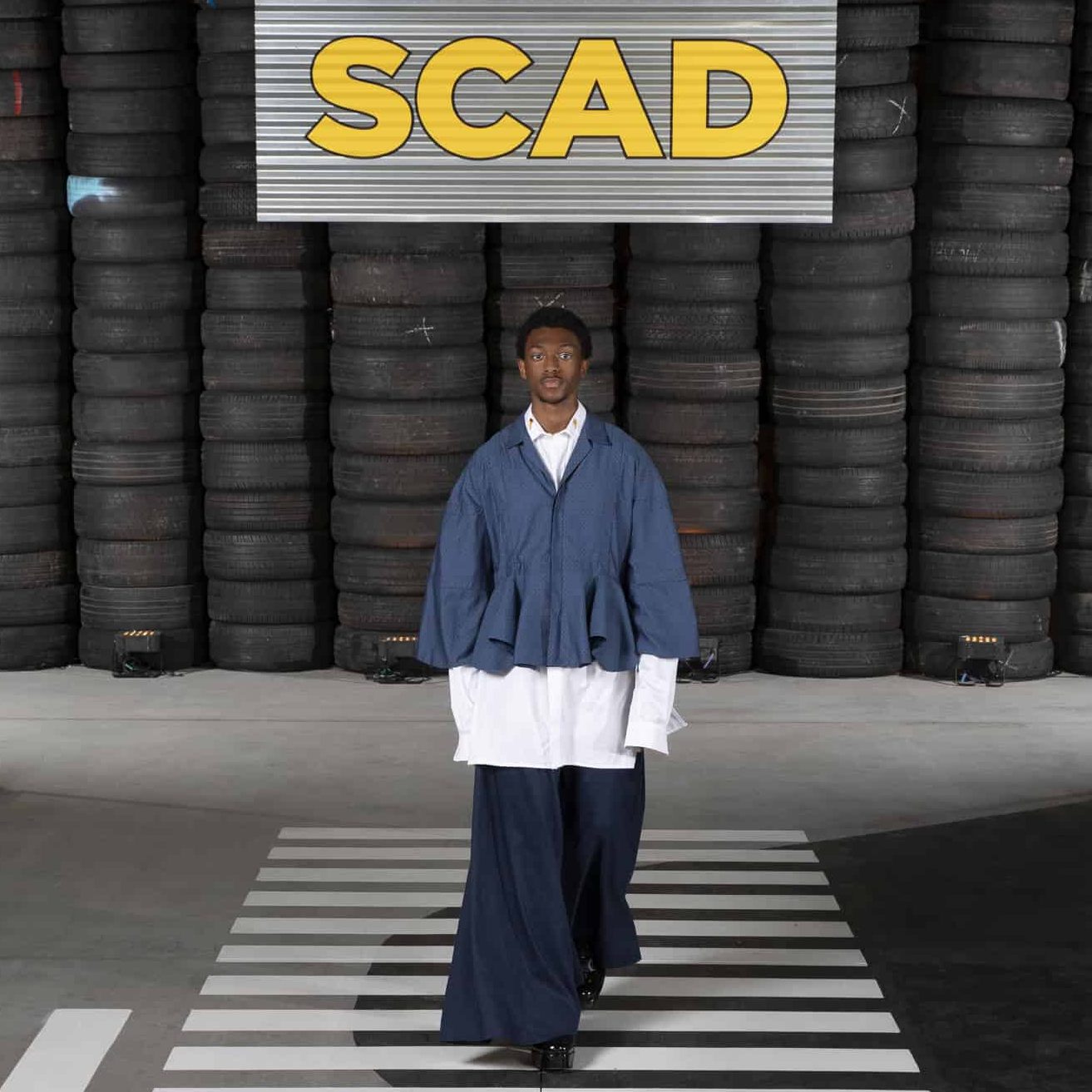 What are your post-graduation plans?
I’m setting up shop in Atlanta and creating my own lifestyle brand geared towards the sensitive man.

Where are you from?
I was born and raised in Rochester Hills, Michigan, about 30 minutes outside of Detroit. It’s just my mom, my dad, and me.

How did you get interested in a career in fashion?
I used to cut photos out and create my own magazines and I was always doodling dresses in my notebooks. I don’t think it would have made sense for me to pursue a career in anything else. 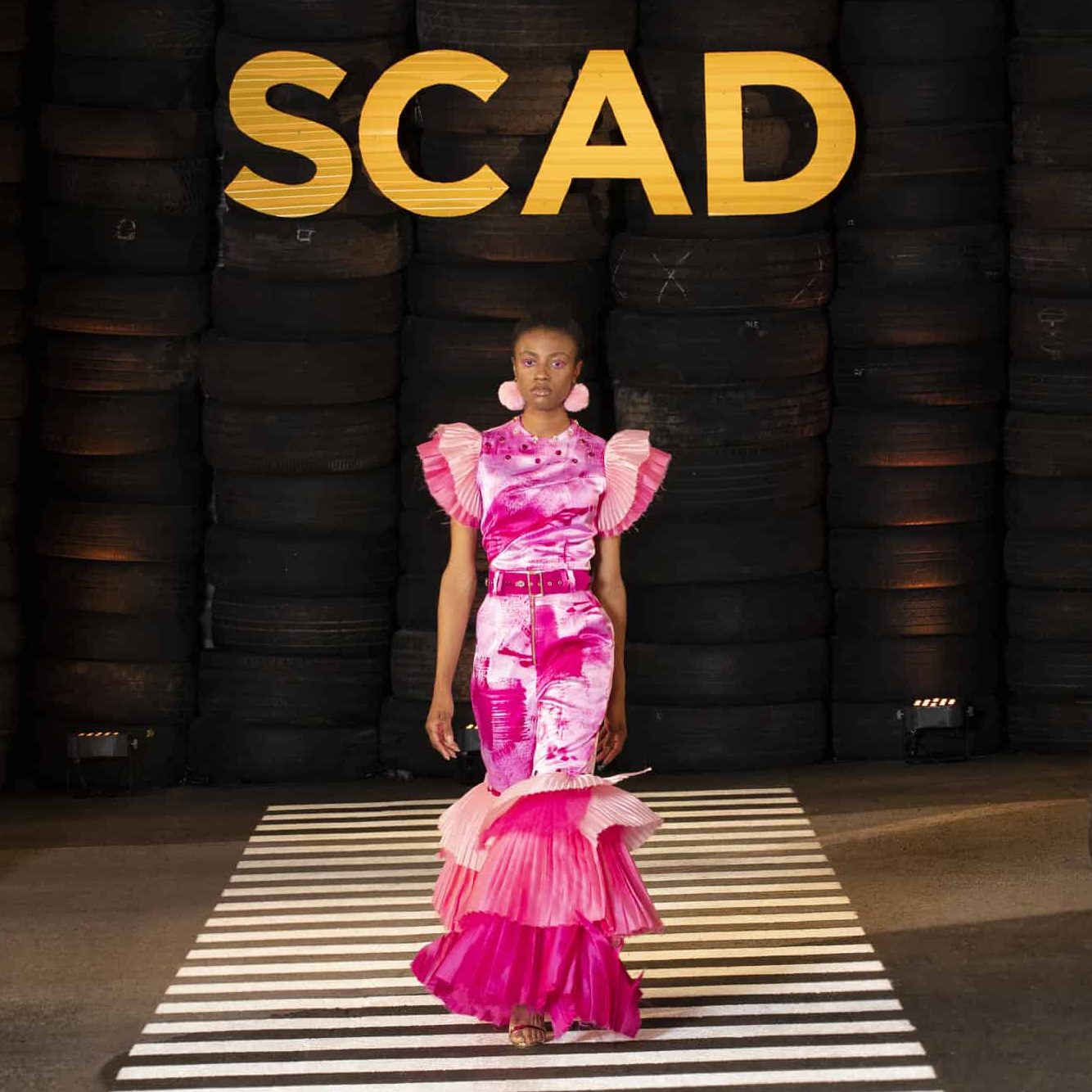 What inspired your senior collection?
The muse of my collection is Iris Apfel, but I took inspiration from who she is more than what she wears — her attitude of being unapologetically herself and being an empowered woman. I want to dress the new Iris Apfel.

What surprised you most about the process of putting together your final collection?
Almost everything that could go wrong did — lost fabric, construction difficulties, etc. But every difficulty led to something great that wouldn’t have happened otherwise. 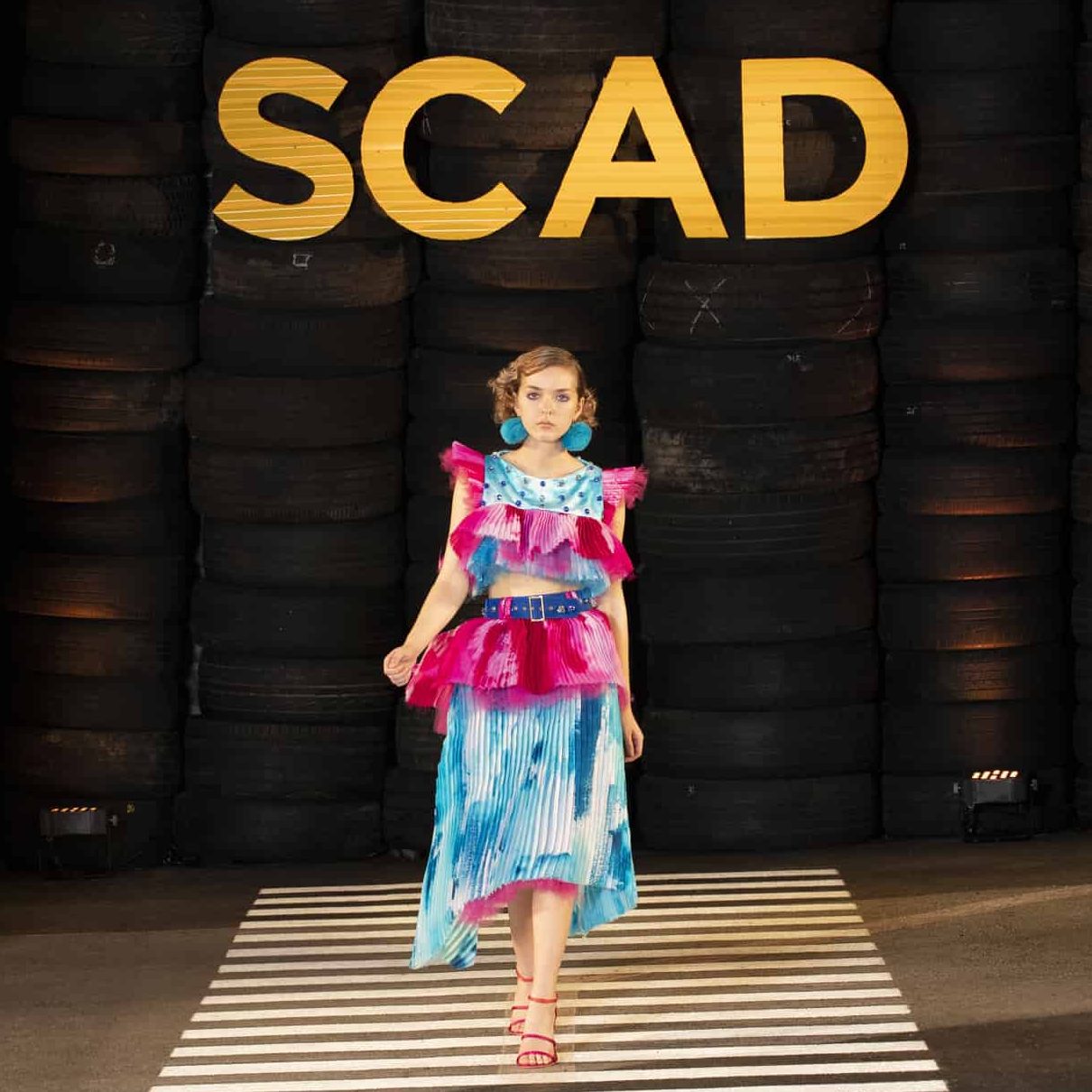 What is something you wish you had known before you entered design school?
How much criticism I would face and how to cope with it. That said, going through this process definitely made me stronger, as a person and as a designer and I now seek feedback whenever I can.

If you could work with any designer, who would you choose?
Christian Siriano. My favorite part of the design process is construction and I would absolutely love to be a pattern maker at his company. I have followed his work and career since he won project runway. His aesthetic and philosophy of dressing an empowered woman, no matter what shape or size, is something that resonates with me on a personal level and as a designer. 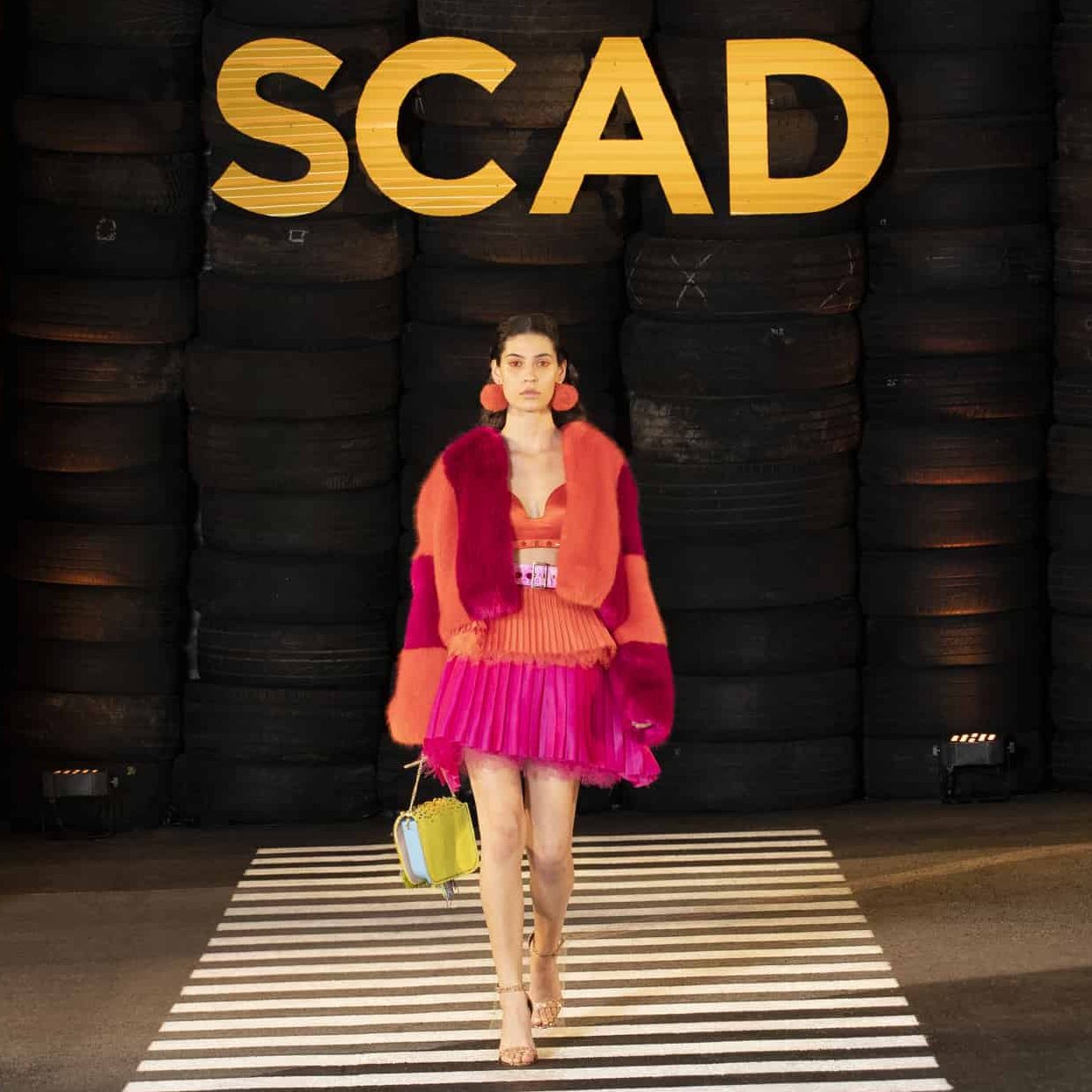 Japanese Women Are Petitioning Against Mandatory High Heels in the Workplace