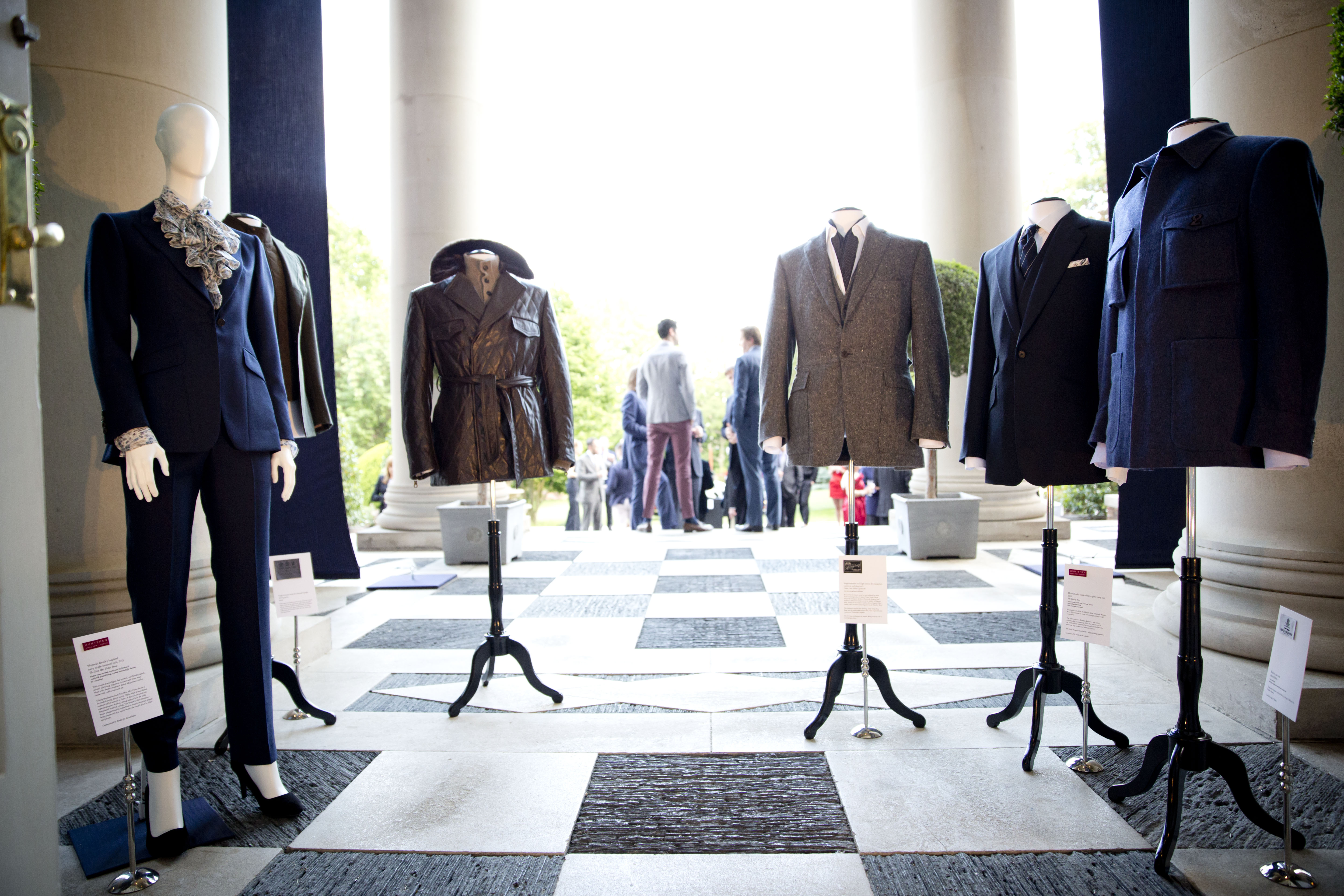 A small crowd of well-heeled gents descended upon the British Embassy in Washington, D.C. last night to celebrate the “Savile Row Bespoke and America” exhibit, as well as a partnership with Bentley Motors on a series of luxury outerwear. Notables blogger folk like Sartorialist’s Scott Schuman and A Continuous Lean’s Michael Williams dined with Ambassador Sir Peter Westmacott and a contingent of master tailors visiting from London’s famed Savile Row. In addition to Bentley, the evening was sponsored by another luxury powerhouse, Macallan Whisky.The embassy’s halls were outfitted as a gallery space to showcase the tailored wares including historical pieces like Michael Jackson’s bespoke performance gear, and Gregory Peck’s tux made by Huntsman. The suiting maison first established in 1849 is slated to make its New York debut later in the summer. “Most people see [Savile Row] as a museum,” financier and Savile Row regular Pierre Lagrange said during dinner. “But it’s really a gallery, and you can make your own art with the clothes! We have so many young craftsman training, too, so there’s a whole new guard of tailors coming into the craft.” There are new customers coming in as well: Each tailor had far-flung tales of travel from Dubai to Vegas, fitting everyone from Russian oligarchs to lucky lottery winners.