From 17-Year-Old Fitness Influencer To 20-Year-Old CEO, Matthew J Phillips Reveals Why He Pivoted From Modelling To Business, His Journey, And The Dark Side Of His “Clout” 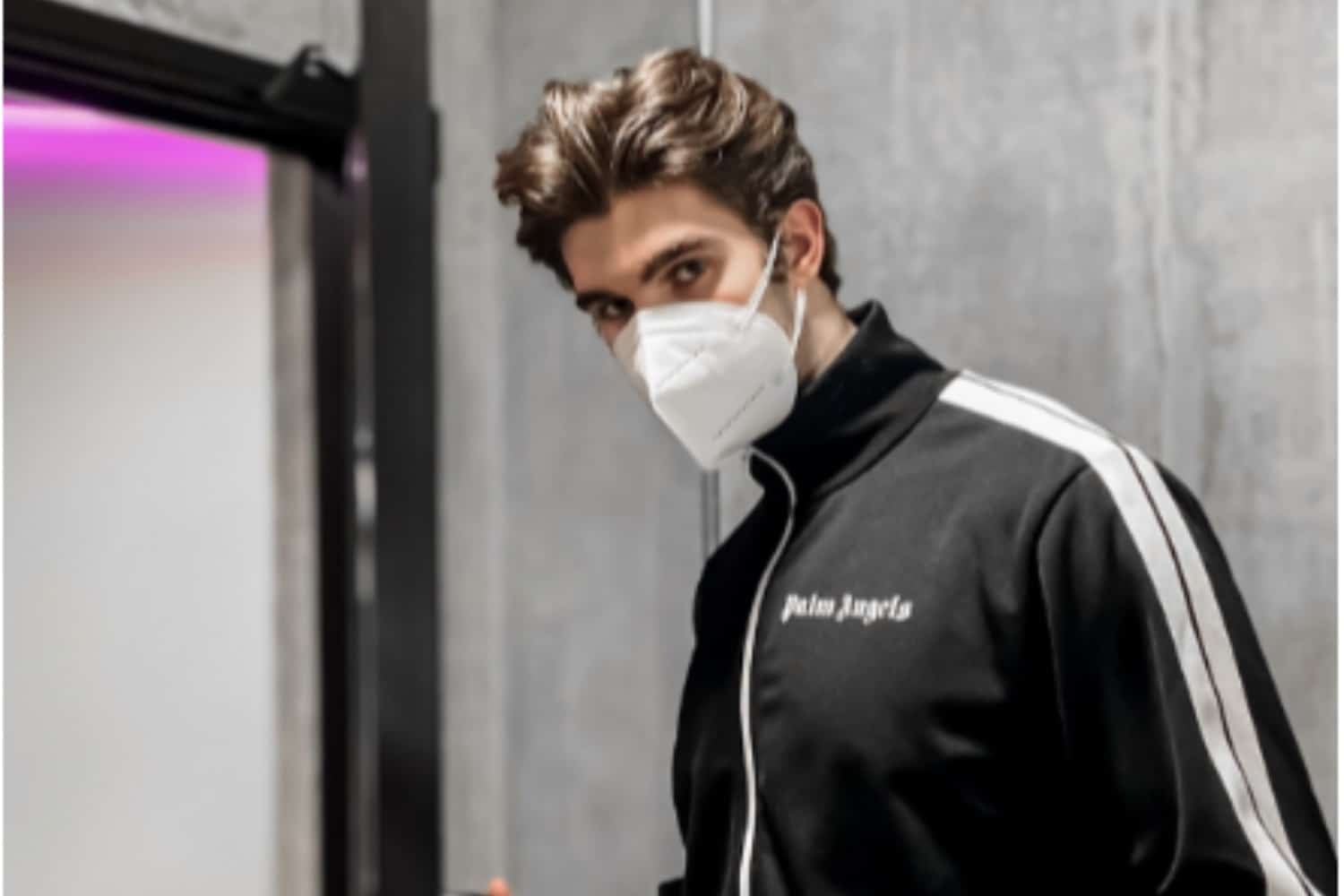 Introducing Matthew J Phillips, the 20-year-old CEO and Co-Founder of Organic Clients Agency who disappeared from Instagram in July 2019 following his post of his physique after a post-gym session captioned “The posts backwards tell a story of how I got my start in business, I started within the fitness Industry after leaving school at 16 years old, growing a 50k IG following at 17 years old, becoming a qualified personal trainer and sponsored athlete, finding my footsteps as a teenager fresh out of school.” This caption was in an effort to distinguish his new branding efforts from his former content and ventures, and marking that he no longer shares the same ideas and values he had when he was a 16-year-old. Matthew has since emerged on social media stories with short updates regarding his absence from a rapidly growing profile following his mysterious disappearance 97 weeks prior.

Matthew from South Wales, United Kingdom first caught traction in the online world after a post of his physical transformation landed on the Explore page, picking up over a million views and a plethora of comments from “In one year, what an achievement” to “Buddy either you’re lying about your age gap between those or you juiced some mad things in that year.” Being a natural weightlifter, he often received comments like the latter, but the doubt was understandable – the substantial difference in 12 months was simply unbelievable. This photo, among others, kickstarted months of substantial growth in his audience, spurring his rise through the ranks in the fitness industry despite just turning 17. Picking up a sponsorship by BPI sports and modelling offers from a major agency based in London and LA, his future in fitness seemed set in stone. That was until a sudden change in headwinds overtook the industry. Soon, traditionally successful shirtless shots saw a decline, giving way to more motivational and value-based content that moved to the forefront. With the reduction in interest in the content that drove follower growth previously, this decline prompted Matthew’s eventual absence from his brand. 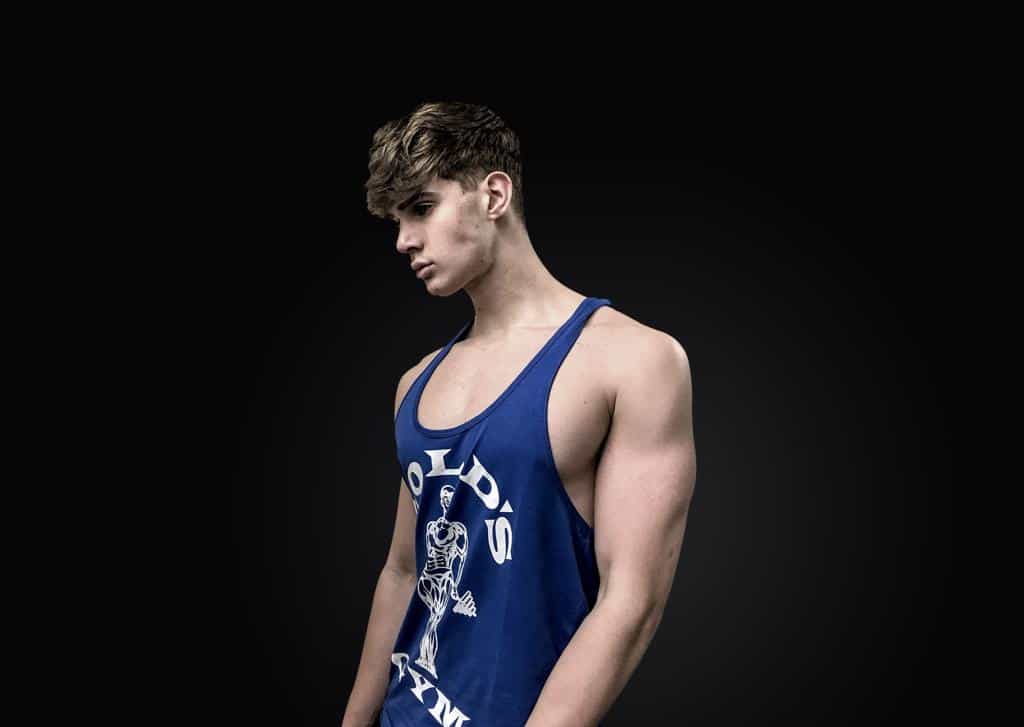 At the age of 17, Matthew stepped into the field of Social Media Marketing brought to popularity by the likes of Tai Lopez. This was a business opportunity for teens in a highly desirable market solidified by the likes of Iman Gadzhi, Founder of Grow Your Agency. Matthew began his journey by asking his mother and father to purchase a course for him that he would repay in monthly installments. This course would later pave his first steps to financial freedom.

Beginning with restaurant owners, Matthew would close his first client for £800 per month after mistakenly walking into the wrong restaurant. He cold-called 2 restaurants with the same name in Cardiff, Wales, with each on either end of the city; he walked into the one he had accidentally not scheduled a meeting with, but the flustered owner went along with it and offered Matthew a coffee. At this moment he texted his coach with an urgent tone that he was in the wrong restaurant. His coach replied angrily for his neglect, but Matthew played along and closed the deal, telling the owner that they had previously spoken and that he needed his services.

From here Matthew picked up coaching which led to the development of his program “Organic Clients” after the formation of his first company in 2019 at age 18. His coaching became a household name for landing clients on Facebook, with clients on his website saying: “I’ve banked 23k off the coaching. I can’t recommend him enough really.” and “$7,000 in 5 days! We made $7,000 in 5 days it was insane! It was all thanks to Matthew’s help.”

Now, Matthew J Phillips is the CEO and Co-Founder of the Organic Clients Agency, a done-for-you branding agency founded to grow and solidify brands through PR and audience growth. His agency pulling in five figures per month, heading towards six, has become the plug for 6,7 and 8 figure Entrepreneurs and Influencers looking to spread awareness of their upcoming projects, build social proof to increase sales, or get the clout needed to move up the status ladder – Very different from his once fitness influencer journey.

Matthew says the shift came out perfectly and revealed why he made the shift in the beginning, sharing the dark side of being an influencer, especially being a young influencer in the fitness industry.

The shift was made out of the realisation that the audience he had grown to over 50,000 placed zero value on his knowledge of health and fitness, or on his personality, but simply on his appearance. Many influencers are happy with this for as long as they’re paid, with the likes of Onlyfans on the scene. However, for many male fitness influencers, the audience drawn to them and the audience that is willing to pay are that of the same sex – male. And in this case, accepting payments for that which he personally found inappropriate, morally wrong and against his faith was an absolute no go.

Matthew says his mistake was making the assumption that his content would inspire and help, but by adding little value to his content, despite inspiring some, it mostly appealed to those drawn to clickbait. This led to more strange, thirsty and inappropriate comments than the positive comments he had aimed to receive like “You’ve helped me so much!”. At age 16, this was pure naivete on his part, but this realisation motivated the switch in style of content immediately.

Adding to this, as he had no intention of any work other than personal training, Matthew left school at 16 to become a qualified trainer. But with an audience of peeping toms, generating a consistent income on social media became rather difficult unless, well… let’s not go down that rabbit hole. Put simply, his audience had no interest in purchasing fitness plans, coaching or supplements, and were simply, just browsing.

On the bright side, this audience did, of course, provide a launchpad for his early business ventures due to the social proof gained. This granted credibility in the eyes of others while providing him experience with social media growth, content creation, and overall marketing. It did teach him about the diligence behind daily postings for over a year. It did develop his mindset to stay the course despite the massive amount of negativity from friends at school, and visitors who came across his profile. All of this paved the path to his current success and meteoric rise amongst top ranking entrepreneurs and influencers, many of which are fitness influencers. Hey, we have come full circle.

Matthew says that further into his career, starting fresh on the fitness scene would be something he is interested in as he still trains daily, maintains his physique and health, and consumes knowledge on various topics related to the industry. Still, he would prefer not to be the face, but rather the mind behind operations, keeping the need for shirtless photos to a minimum. The idea of opening a gym has been an idea he has entertained since beginning his physical transformation and could most definitely be on the horizon given the success of his agency.