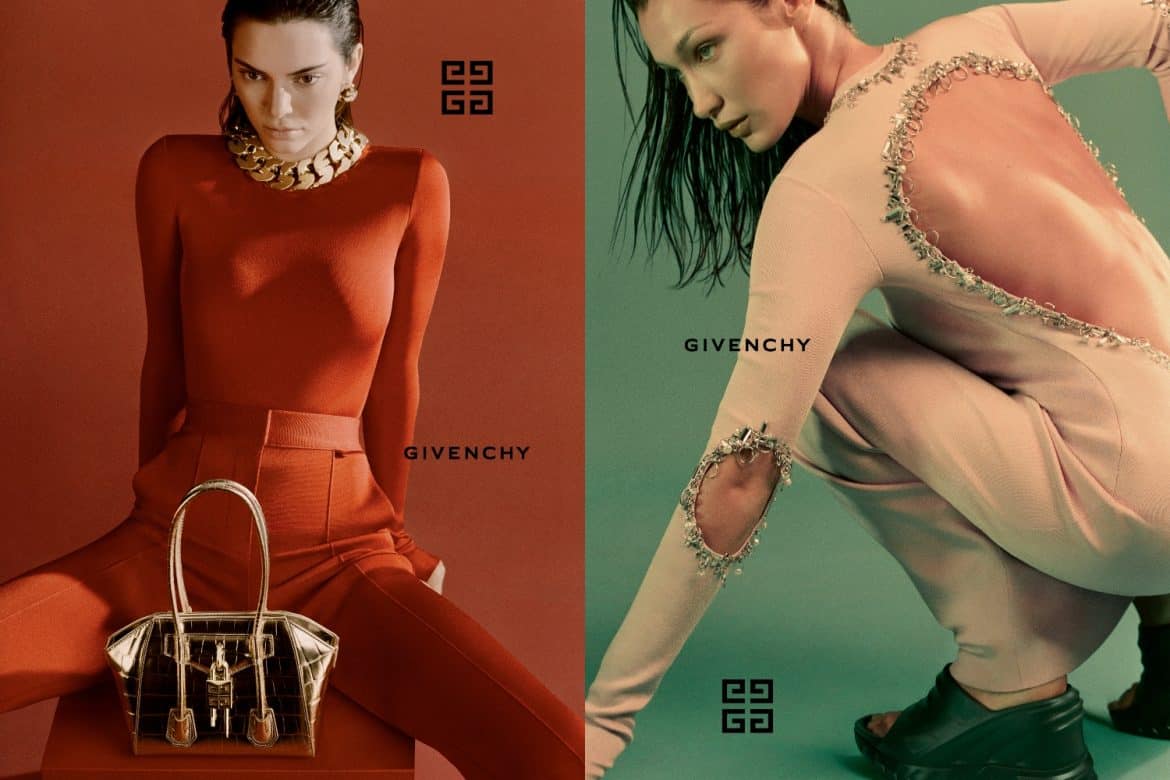 When does Bella Hadid sleep? Who knows, because the supermodel is the definition of booked and busy. Days after the images of Hadid in the soon-to-be-iconic Moschino marionette campaign landed in our inbox, she’s back with another major gig, starring in the the Givenchy Spring Summer ’21 ads.

The 24-year-old fronts Matthew M. Williams’ debut campaign for Givenchy—in what’s set to become one of the most lusted-over dresses of the season. The newly-instated creative director asked the cast to style themselves, and Hadid makes a convincing case for the embellished, open back ‘Jour’ number—with its signature Williams hardware seen all over—which she teamed with the very nostalgic chunky Marshmallow slide. (Indicative of her perennially 1990s-influenced personal style!)

While we’re a little surprised Hadid isn’t rocking the dreaded whale tail in the images—Williams seems hell bent on bringing back the visible G-string—we are glad to see one of the highlights of his inaugural collection come to life. While figure-hugging dresses with open back detailing look set to trend in a major way this season, thanks also to Victoria Beckham, Nanushka, Christopher John Rogers, and DSquared, we didn’t know how enticing an elbow cut out was until right now. 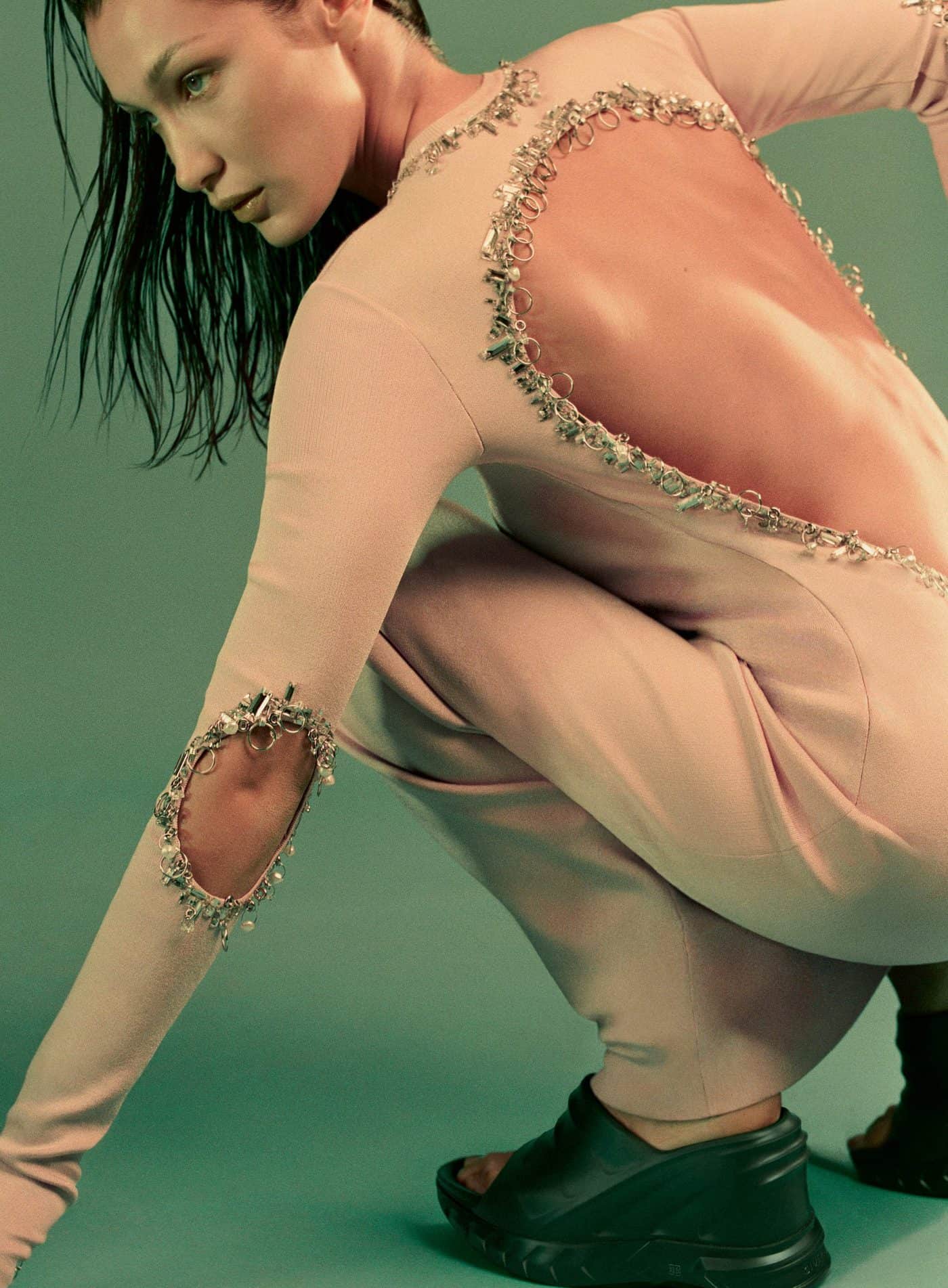 In the campaign, Hadid is joined by fellow Instagram It Girl and model Kendall Jenner, who’s seen in pieces like a brick-hued bodysuit and trouser combo, which she elevated by adding a thick G-chain choker. Chunky jewelry looks set to be a major focus for Williams’ Givenchy going forward, and this choker is bound to become a cult hit. Jenner, whose family were notable early cheerleaders of the American designer, also dons a sharply-tailored black overcoat, the gold Antigona handbag, and the new Cut-Out bag. Wishlists at the ready, folks. 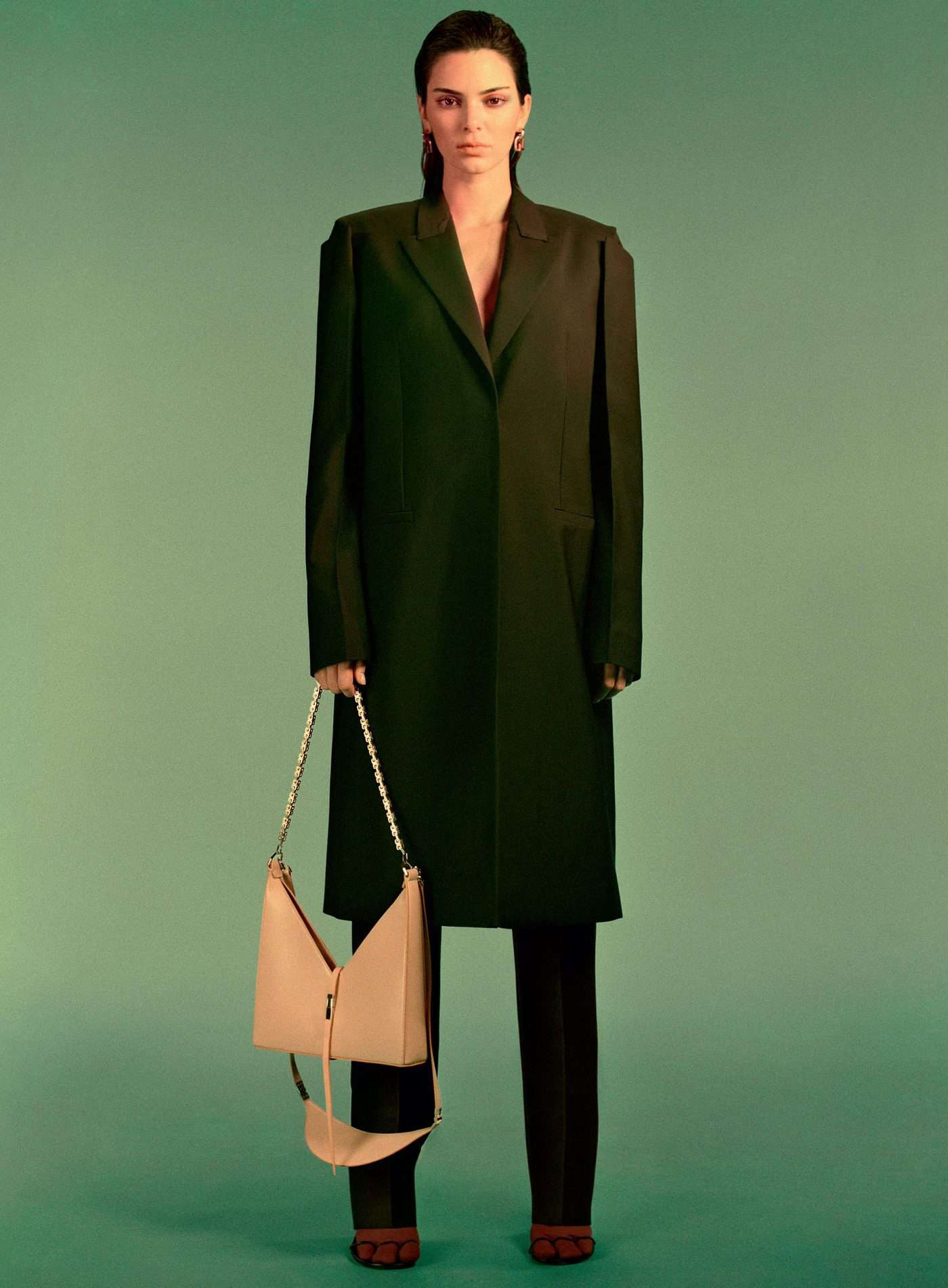 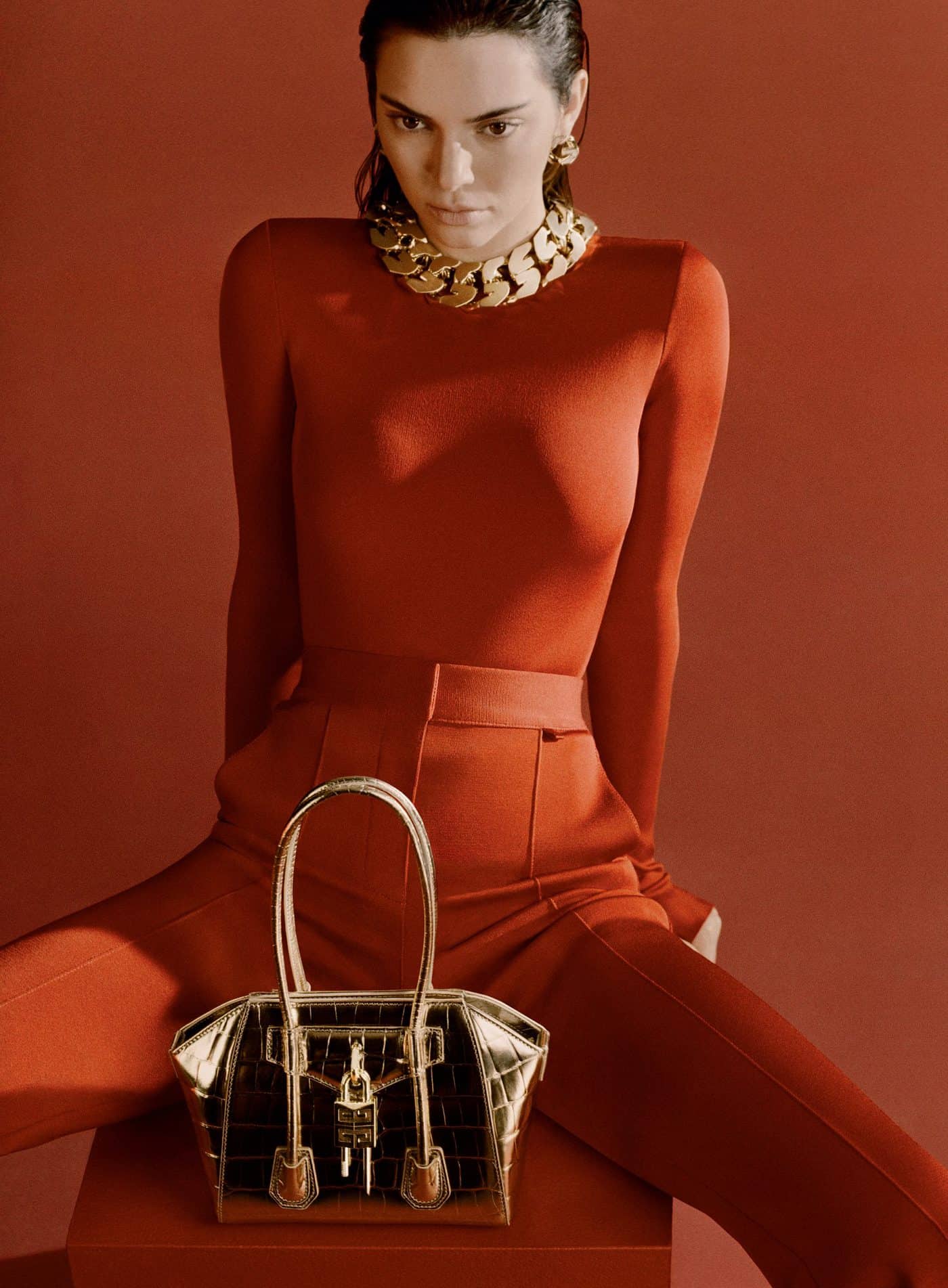 Also in the mix are rapper Playboi Carti—who styled himself in an array of garments including a black leather bomber, a white tank, and pink denim trousers–and models Anok Yai and Liam Powers.

“To me, fashion expresses a point of view where formality and informality, construction and comfort co-exist. My ethos is about the luxury of infusing clothes with your own personality, not being worn by them,” Williams said of the campaign in a release. “In each of these portraits, a strong character wears a look that reflects who they are: they’re the ones who bring the clothes to life.”

For the images, Williams enlisted his go-to Korean-German photographer Heji Shin to shoot the 1990s-inspired grainy portraits, which will be rolled out on social media and in print advertising from today. 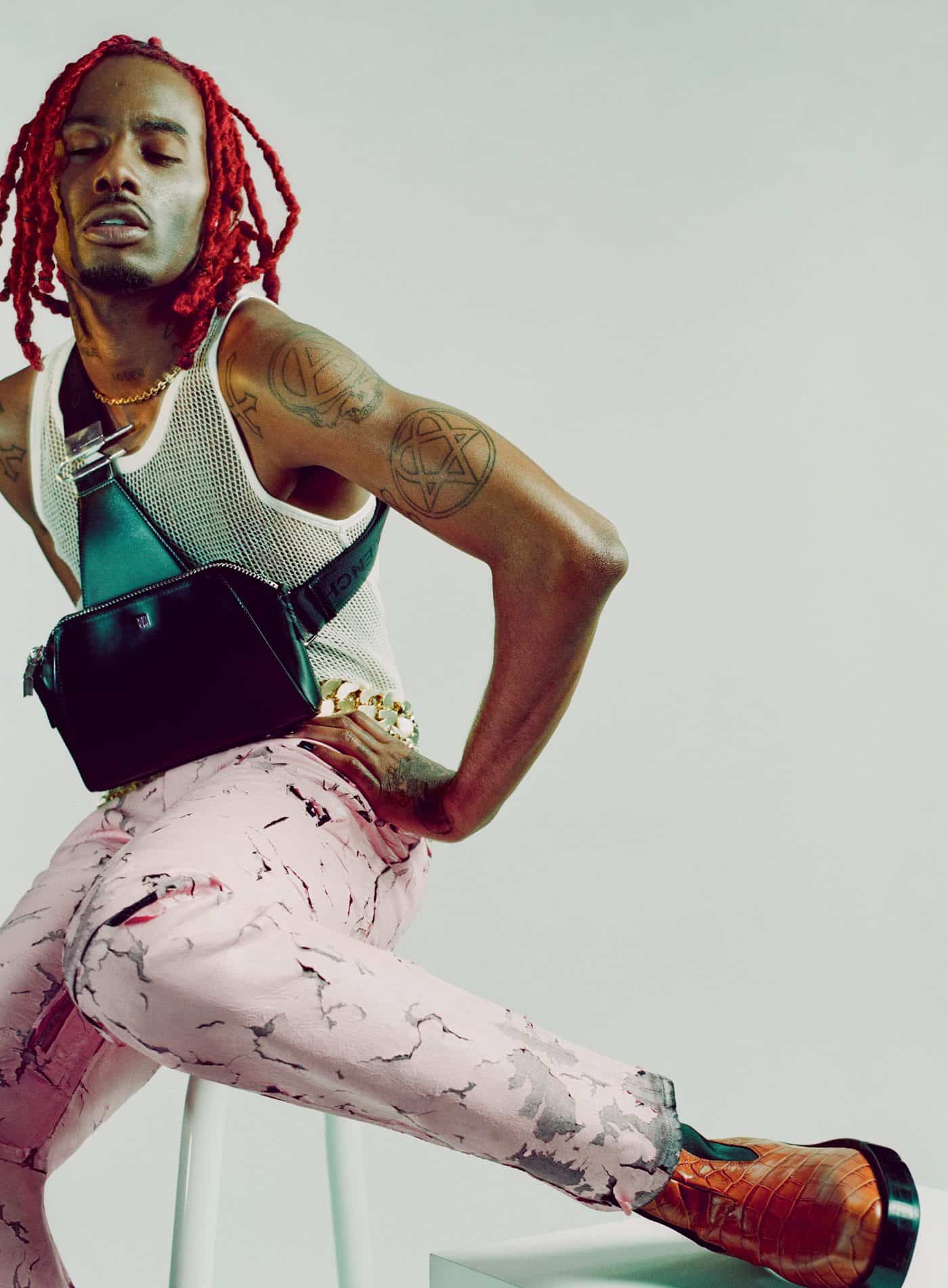 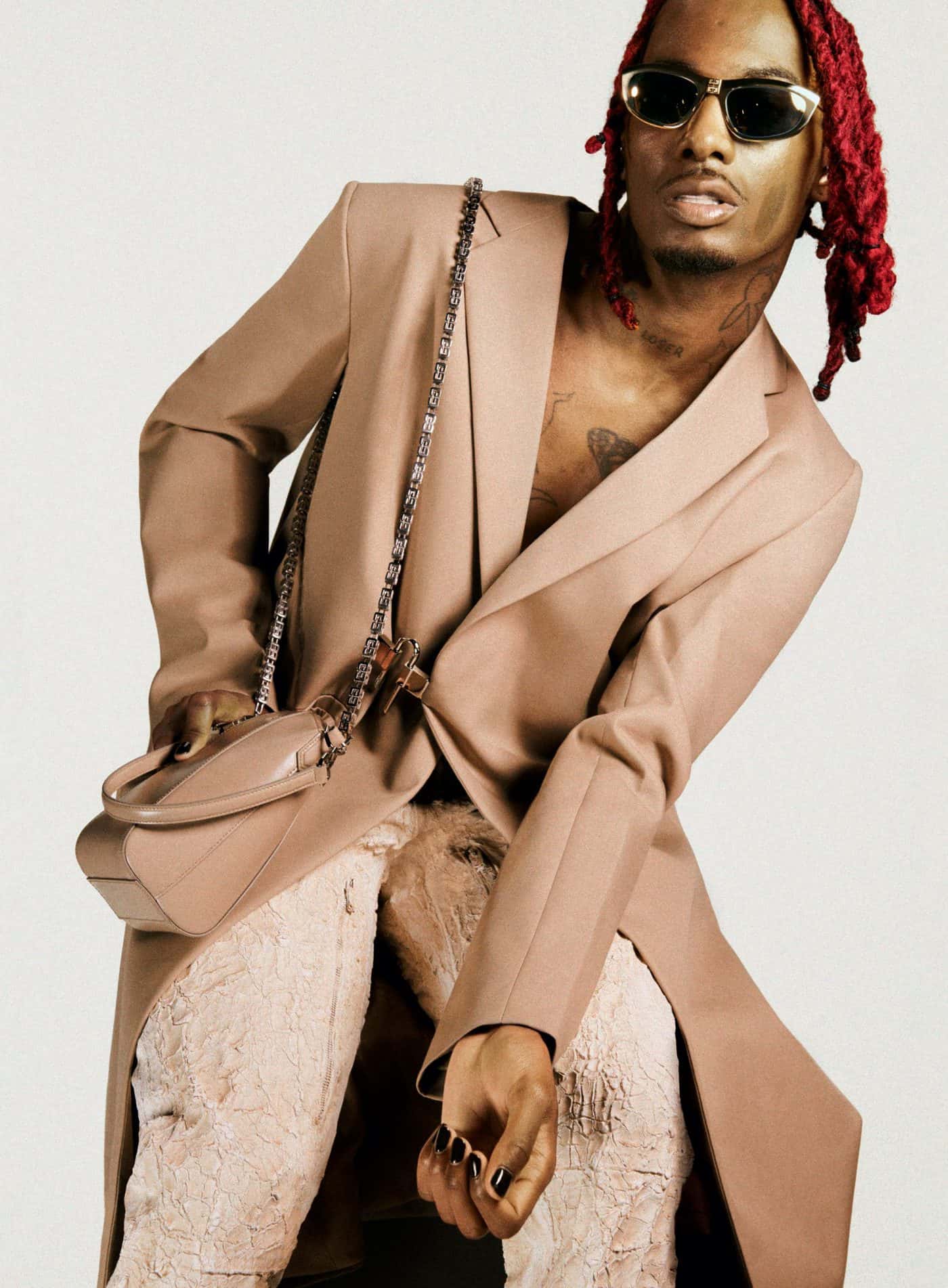 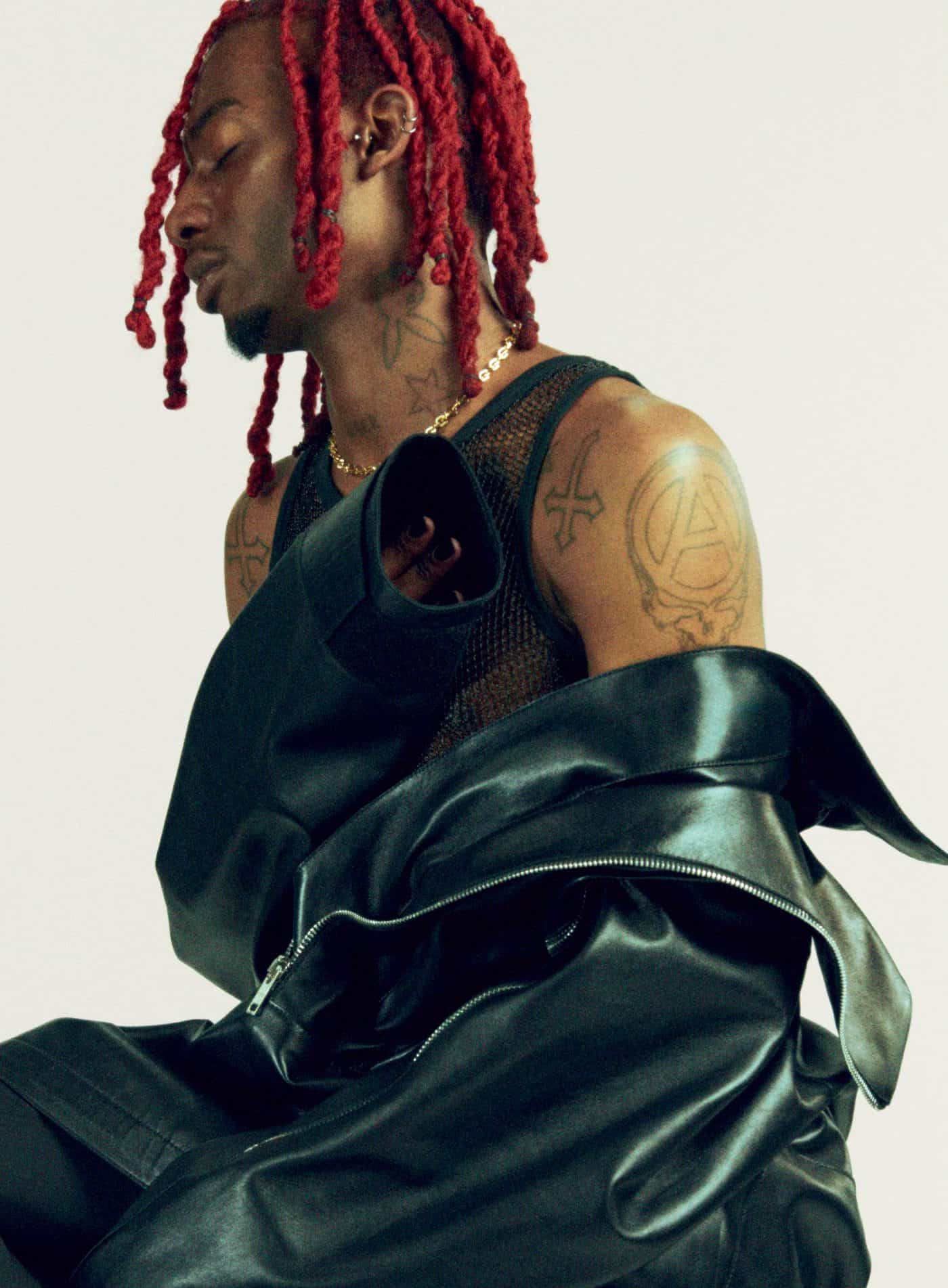 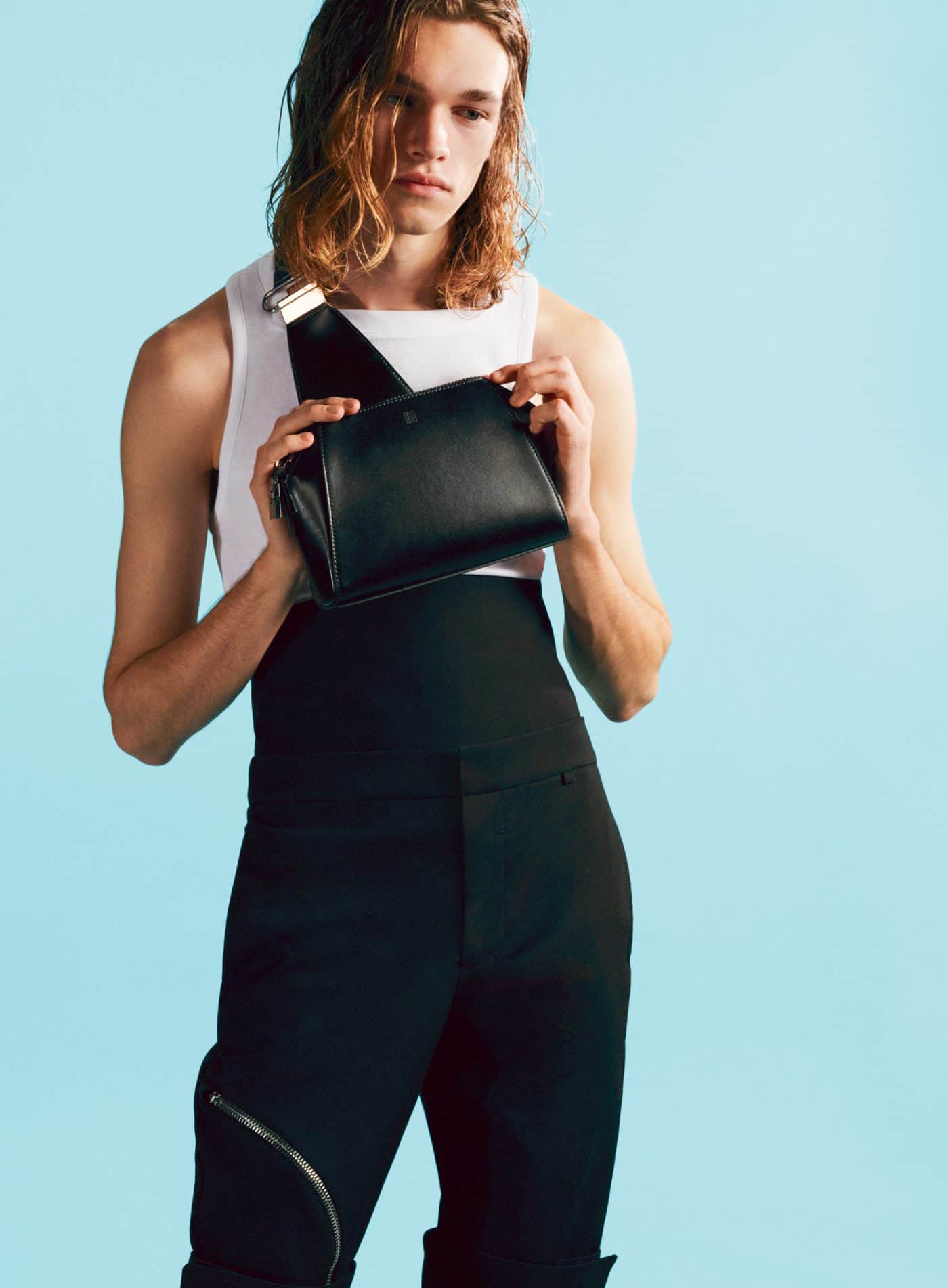 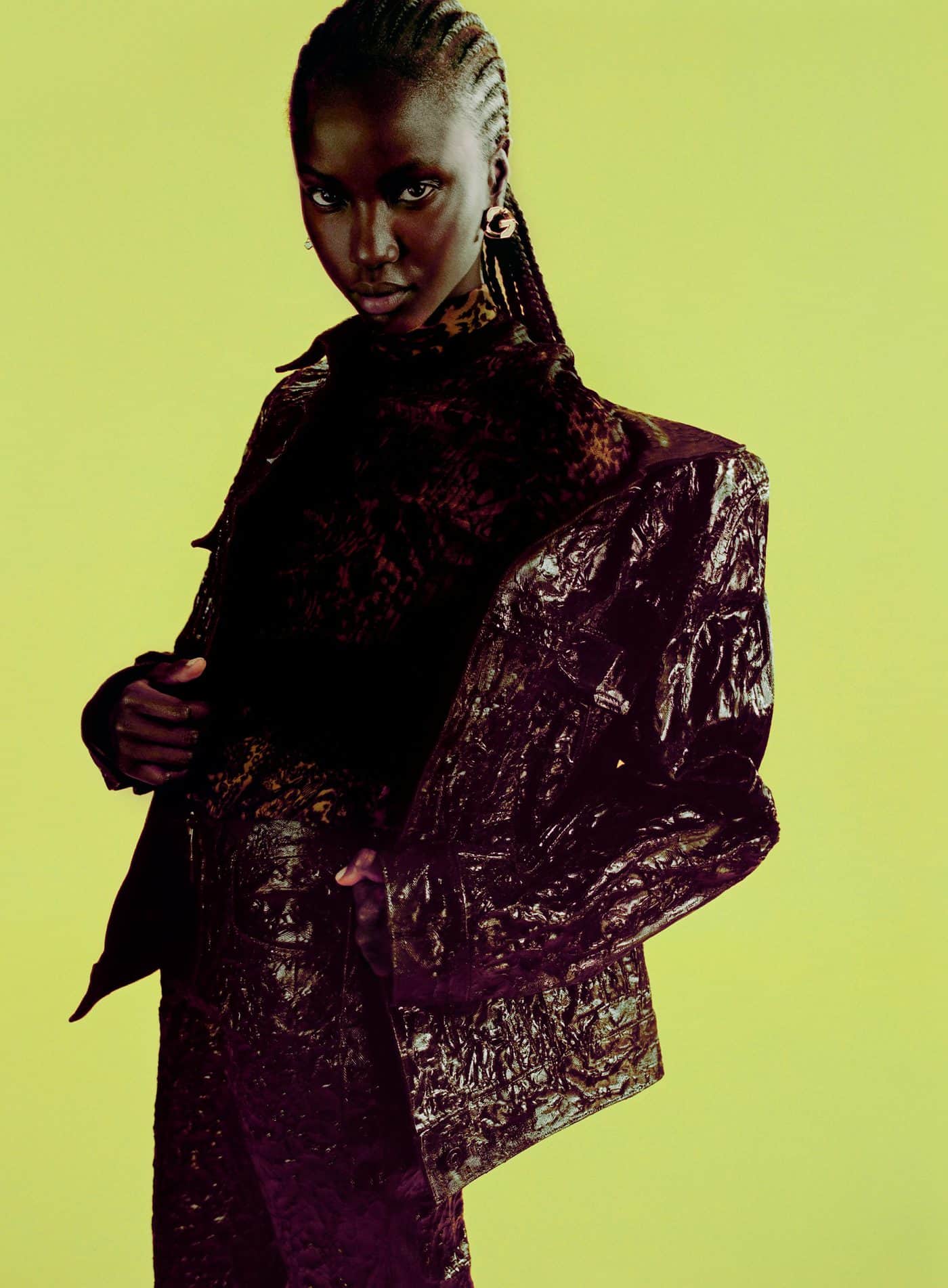