At Home with Fashionista Christine Philip, Founder of Global Glam 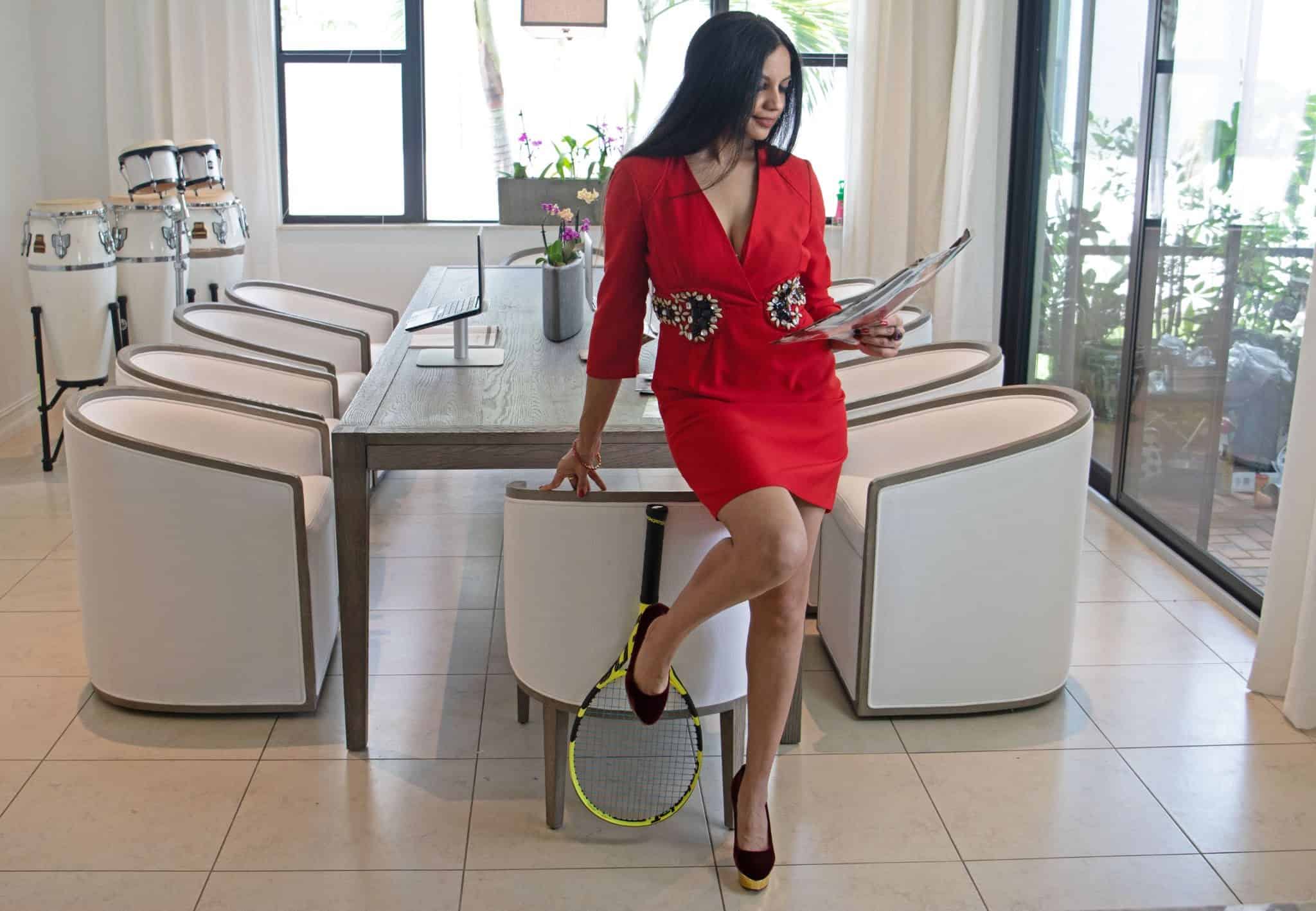 She is the founder of Global Glam, a lifestyle magazine and online fashion retailer. Christine Philip is known to be multifaceted and multi-versed, having lived and worked in several different countries. We caught up with Christine in her Naples, Florida home to chat about how business and life are going during this time. “I’ve been in Florida since March of 2020, when things were shutting down in Manhattan,” said Philip of her native city. She loves Naples because it is where her entire immediate family resides. “It has been a lot of beach and tennis, that is Naples for you,” said Philip. “It is not as much of a city, but Miami is only a stone’s throw away. It is quiet enough to have some privacy and get work done, and you can most definitely relax and enjoy the Florida sun after an accomplished day.” It is 12:30pm on a Saturday, and the hot Naples sun is glistening over her Spanish-style colonial home. Philip opens the door. She is barefoot, pumps in her hand, svelte, bronze legs in a red business sheath dress embellished at the waist; she is petite and effortless, grabbing her Babolat tennis racquet along for the tour. 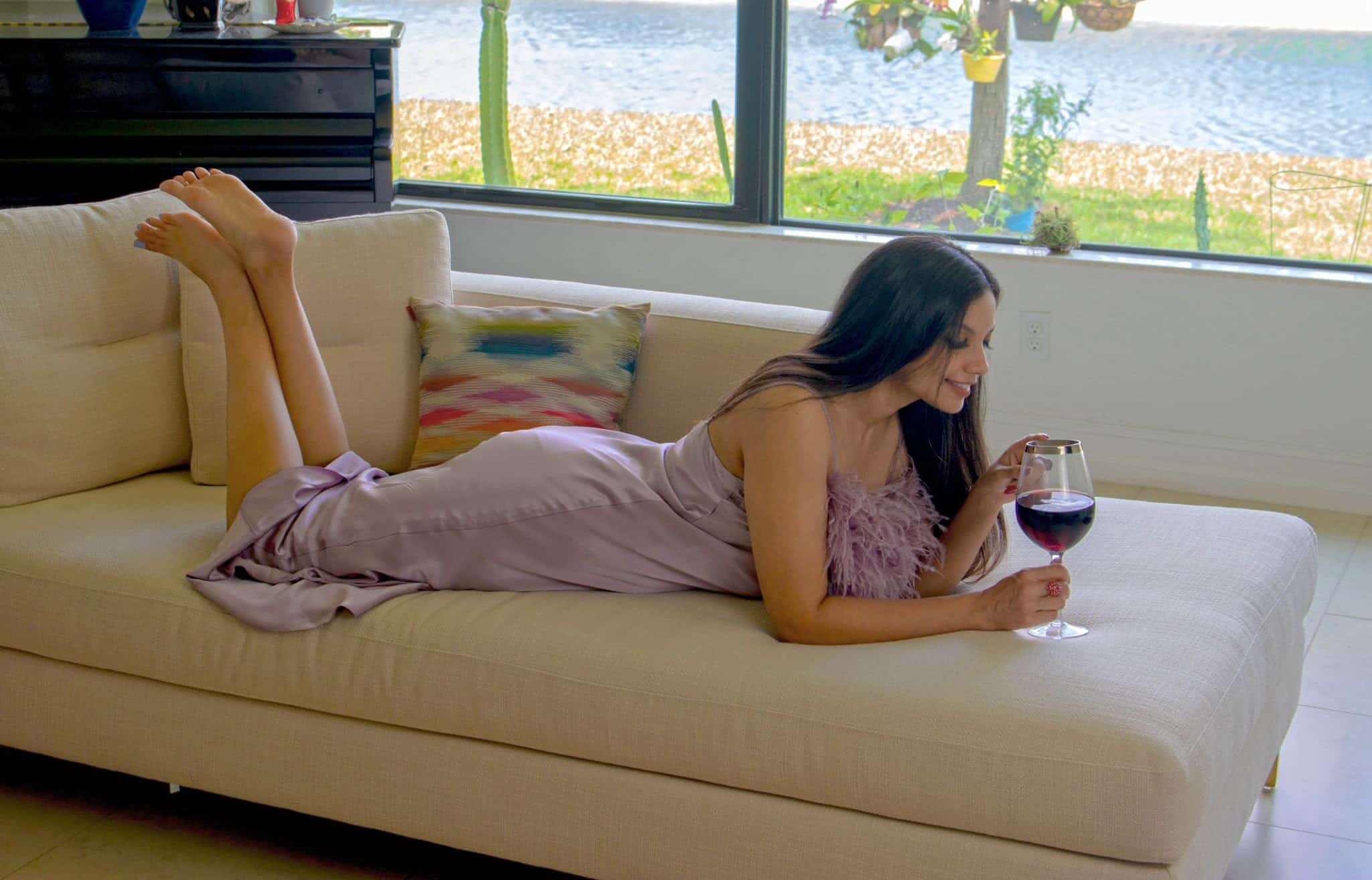 She walks us through her dining area which doubles as an office and family room. “A lot happens at this table, from family dinners, to Zoom meetings, to Monopoly tournaments,” she explains. “My brother and I get pretty serious with Monopoly. It is always a race to see who gets the boardwalk.” “It has been a lot of beach and tennis – that is Naples for you.” The effervescent, American-born fashionista has been holding camp in the south, where she recently launched the ecommerce division of Global Glam in Miami. Although her home has a Spanish-style exterior, the inside of the home has very modern decor. “My place in New York is pretty transitional. I live in the Upper East Side in a townhome setting. It feels more like a Parisian Pied-à-terre, so I wanted to make the place in Naples a little more modern, beachy and comfortable,” said Philip 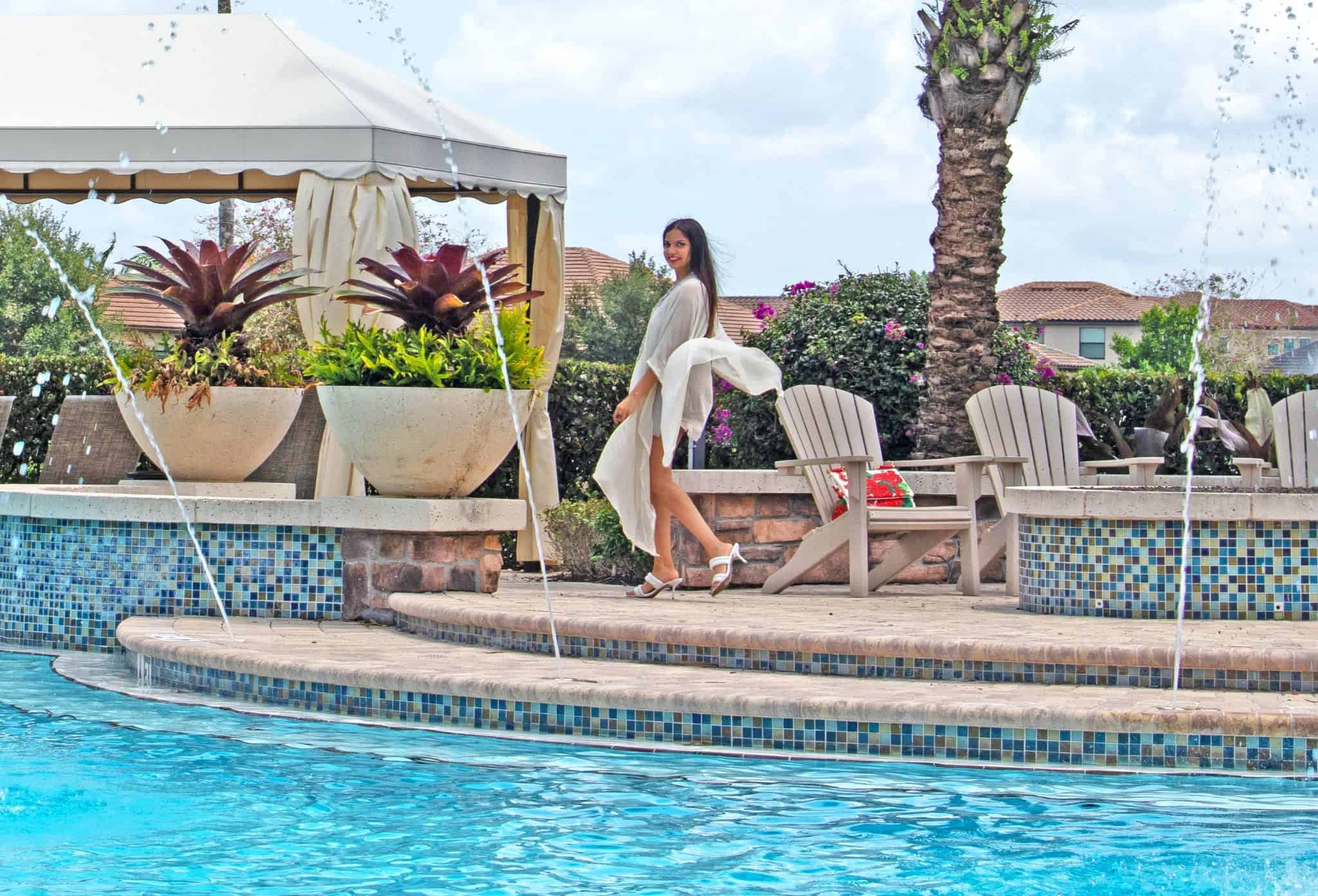 During her time in Florida, Christine found a way to marry content and commerce together when she built her online ecommerce site House of Global Glam. The magazine and online retail blend in quite nicely. “Since migrating online, we’ve definitely overcome geographical limitations. I used to have a physical retail store and even had some amazing clientele, but it is limiting. Now, essentially, the world has access to us, not to mention we remain open 24/7,” said Philip. Christine usually ends her evenings with a game of tennis with her coach or a swim with her family. When asked about her next move, Christine is playing it by ear. “There is no city like New York City. Who knows, I still have my place there, but I’m not in a rush to get back just yet.”