A Star Is Born: Meet Color World, Color Star Technology’s Innovative Expansion Into the Metaverse That Makes Everyone A Star 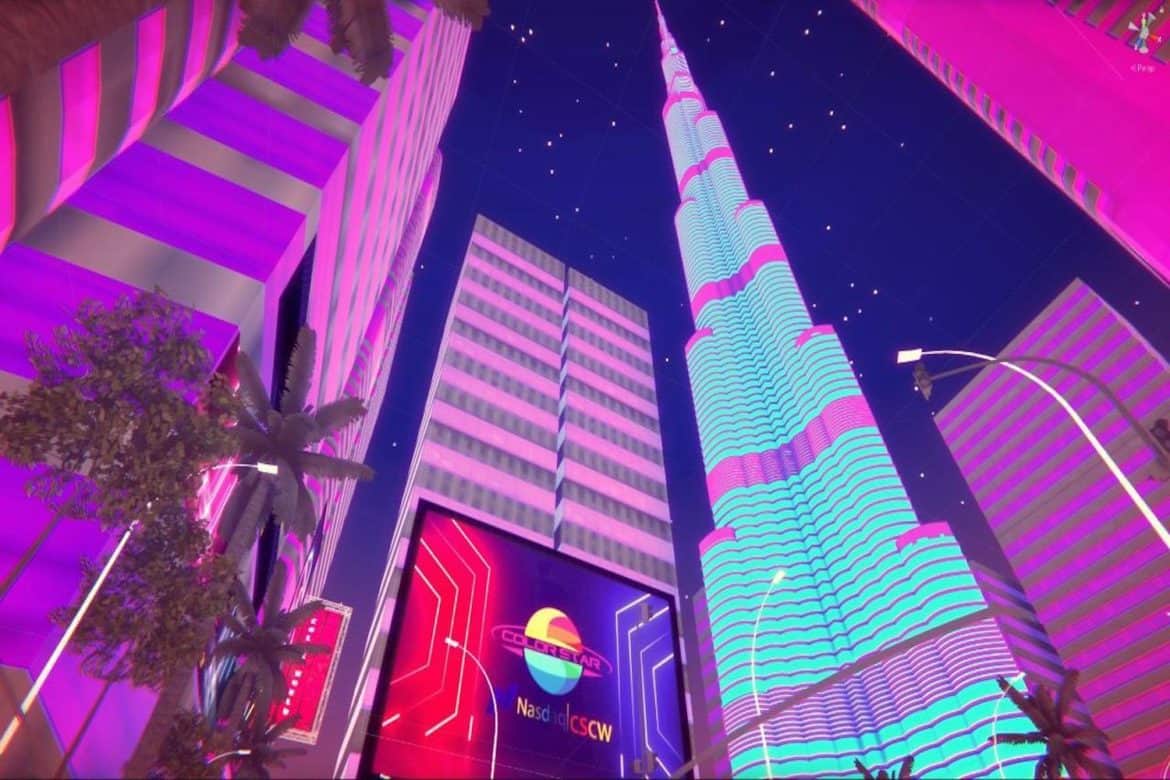 After years of meticulous development, global company Color Star Technology Co Ltd’s (NASDAQ:CSCW) highly anticipated debut of its proprietary Color World application – a unique ‘Amazon-YouTube-Metaverse’ blend unlike anything before seen on the market – is set to occur on late January 2022, ushering in a new era of virtual lifestyle potential alongside revolutionary platform’s launch.

Since its inception in 2007 and a transitional last year, Color Star has made waves throughout the world for its novel approach to educational courses. Featuring some of the brightest international stars of the moment to share their wisdom with the platform’s users, Color Star has managed to accrue a unique pool of global talent unrivaled by competitor platforms. From Asian entertainment industry heavyweights to Western-world superstars like Ashanti, Wiz Khalifa and Machine Gun Kelly, Color Star’s talent-led roster share their industry secrets with Color Star members through one-of-a-kind courses. Thanks to subsequent consumer demand, the company has been able to bring these stars across the world through a series of concerts, with a number of successful performances under Color Star’s belt.

Now, Color Star looks to pioneer this same real-life success into uncharted territory: the metaverse. Intent on creating the opportunity for members to live out their wildest dreams, Color Star’s groundbreaking Color World application is set to expand its star-studded roster into the virtual world for the first time ever, allowing users to attend concerts from pop sensations, and fulfill their own aspirations for stardom by using Color World’s artificial intelligence-powered technology upon its 2022 launch.  “I want to give people the stage and the platform to let their dreams come true,” said Color Star CEO Lucas Capetian. On Capetian’s social media, the CEO’s preference of using Color World’s highly-detailed avatars as his profile photo drew attention once Color Star hit the international spotlight. Considering celebrities like Jay-Z and Josh Hart’s use of trendy NFTs as their profile pictures, Capetian’s personal approach has been fully aligned with current societal fads – just while using his own proprietary technology to do so, showing how much passion Capetian has for Color Star’s pioneer business.

Meanwhile, Capetian’s resume speaks for itself; as a staunch supporter of emerging technology, Capetian managed to build two companies – one software, and the other artificial intelligence – from scratch all the way to millions in annual revenue through his steady leadership. Capetian now brings this same inherent passion and technological proficiency into Color Star, merging his expertise with the company’s own 15 years of experience while looking to revolutionize the virtual landscape in the process. “I want to have a social responsibility to make the new virtual world support real life,” Capetian said. “It’s not only about playing the game.” To fulfill these goals, Capetian has overseen the development of Color World’s in-house ecosystem, featuring money making opportunities directly translatable to real life while still allowing users to live out their desires to the fullest, whether mundane or fantastical. Fashion lovers can design clothing and put them on sale in Color World’s own virtual shopping mall to earn actual funds, while business meetings and hang-outs with friends can be carried out within the platform’s carefully designed coffee shops and parks, giving complete versatility on how users interact with the burgeoning Color World. Considering the social distancing regulations necessitated by the covid-19 pandemic, Color Star’s Color World makes living a robust social life easier and safer than ever, allowing users located all across the globe to meet up with each other and enjoy life together, all within the safety of the vibrant Color World.

Color Star Technology has plans to launch a series of online and offline events throughout the application’s debut where fans can join large-scale events from press conferences to celebrity metaverse concerts – just a small portion of Color Star’s mega metaverse economy. Utilizing the ambitious company’s years of experience and top-notch networks, Color Star’s ultimate goal is to build a new metaverse community where everyone can join in, create an exciting life and be a star.  Thanks to Color Star’s high-profile partnerships with superstar athletes like basketball legend Shaquille O’Neal and soccer icon David Villa, the Color World application has begun generating major buzz across mainstream media. As Color Star’s first collaboration with an American professional sports team, a recently announced partnership with the Philadelphia ‘76ers aims to bring more professional athletes to Color World’s metaverse application, allowing fans to interact virtually with their favorite players from the comfort of their homes. Color Star Technology has a global team focused on the launching of the metaverse; when that happens, all platforms are expected to be impeccable. “We hope that this cooperation can enrich our metaverse platform ‘Color World’, and hope that through NBA games and events, global audiences would have access to and learn more about our metaverse platform and attract more users to engage the Color World platform,” said Capetian at the time of the announcement. “We hope to build a win-win partnership.” Given Color Star’s international team, the Western cultural importance of aspects of website design and social media presence was put on the backburner in favor of fully committing to the expansion and construction of Color World’s innovative application. Considering major business forces like many Chinese millionaires’ conscious choice to not to use social media, Color Star’s platform-first approach is standard for a global company of its stature – though, keenly aware of this perception by the Western media, Color Star has major plans in store to elevate its internet presence as it continues to establish its presence throughout the global marketplace. With talks in the works to bring even more massive international superstars into its burgeoning platform, Color Star’s end of January launch of the Color World marks just the beginning of this global virtual community’s vast potential.

Five Brands Exhibiting At Las Vegas Apparel To Be Hyped About