Why Criss Bellini Incorporates Balaclava In His Art 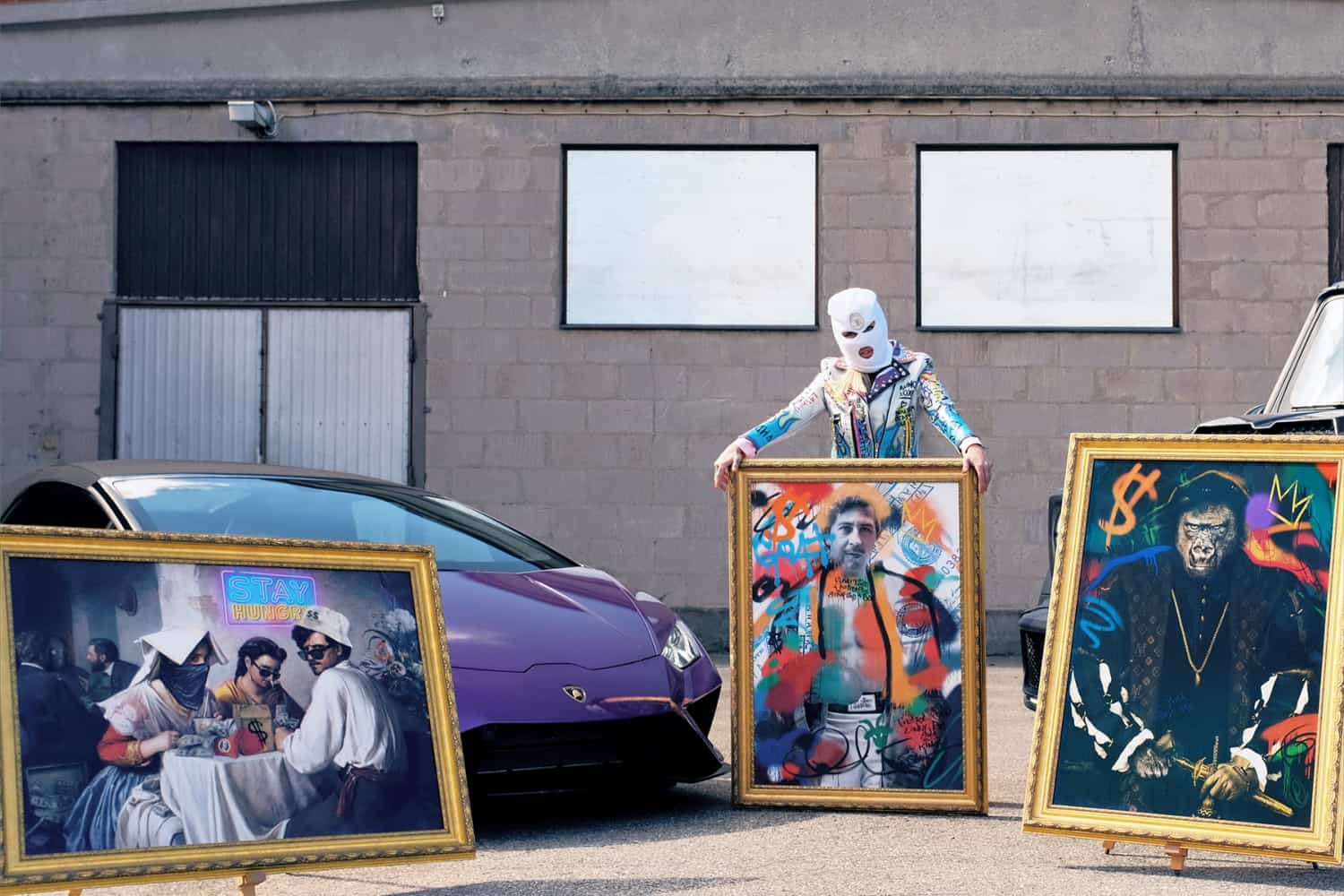 The art industry is a highly competitive industry with a number of skilled artists from parts of the world striving to create a name for themselves and build a brand. The proven way to make it big in the endeavor is to bring something new and unique for art enthusiasts. The fresher the idea, the more interesting it will be for art lovers. One of the upcoming artists of our generation who is getting a lot of attention these days is Criss Bellini. Criss Bellini knows that art enthusiasts won’t settle for the ordinary anymore and so focuses his efforts on maintaining the exclusivity of his brand and artworks. One of the many factors he focuses on is adding unique elements to his art pieces so that they will be easily recognizable.

What Balaclava Signifies in Criss Bellini’s Artworks
Specifically, one of the most noticeable elements that Criss Bellini incorporates in his creations is the balaclava mask. It is a garment worn on the head and only reveals the eyes to conceal the wearer’s identity. The balaclava mask is basically a trademark of his work which he adds to the characters in his artworks.

It is the genuine reflection of one’s true self
Every person’s personality is influenced by their experiences and the people around them. While that is true to a large extent, many will still develop and discover something more and unique about them. Due to societal standards and pressures on how someone should act and behave, people slowly lose themselves. Eventually, they feel tied up to the version of themselves that is not true and that is created for other people. Being genuine can be challenging until the person finds a way to be themselves without exposing themselves. That is precisely the point of the balaclava mask. Only when one conceals their identity and is therefore not shackled to the public’s opinion can they be the most authentic version of themselves. It can be interpreted in some way that Criss Bellini wants to send a message of freedom through his artworks.

It represents the different roles in people’s lives
In life, everyone plays different roles and sometimes even many at once. Often, fully committing to the part requires people to wear different masks. For example, a person should be formal to their superiors, open to their friends, and warm to their family. In order to wear the mask, they will have to conceal who they are, and that’s where the balaclava mask comes into play. The masks stand for something in all of Criss Bellini’s creations. They symbolize freedom and also the true reflection of a person. Criss Bellini wants people to interpret his art the way they want to interpret it. This is what is special about his artworks. There are subtle hints, but they can be interpreted the way the art lover wants to interpret them.

Criss is active on Instagram, Facebook, and YouTube, where art lovers can connect with him. He stays anonymous and his artworks are only available in limited numbers.

Philip Scheinfeld Is The Upcoming Realtor to Watch

Serial Entrepreneur Didi Wong Being Knighted For Her Social Impact