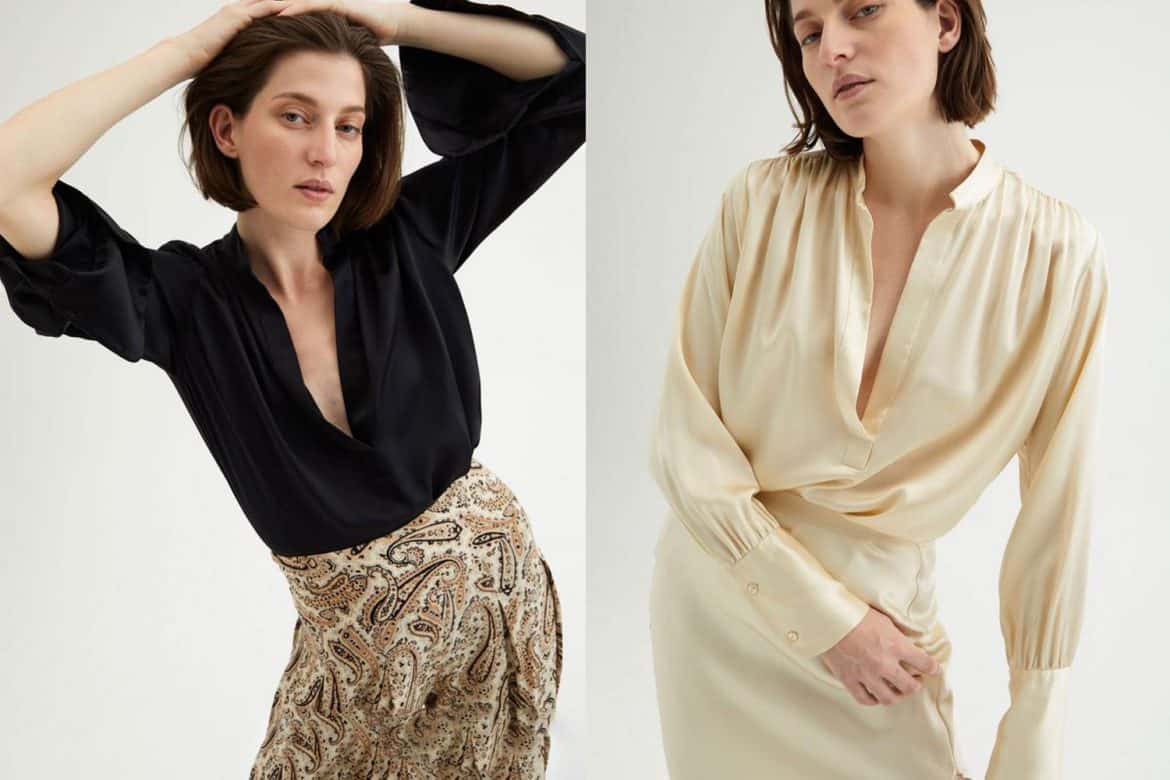 Earlier this week The Helm — a lifestyle brand committed to investing in female entrepreneurs — launched its e-commerce platform, allowing consumers to easily find and shop brands founded and run by women. The Daily phoned The Helm’s founder, Lindsey Taylor Wood, to get the scoop on this exciting new venture.

The Helm started as a venture capitalist fund?
The short answer is yes. The more nuanced answer is that we are a platform or lifestyle brand that is centered around elevating and investing in women. From the beginning that we wanted to be a consolation of different vehicles that allows people to invest in women easily, and we did that first through the venture capitalist fund. Certainly the commerce platform as well as the other vehicles that will be rolling out in the coming months and years have always been on the books because we want to make it really easy to invest in women.

For those people who have more capital, and can write a five, six, even seven figure check and make direct investments into companies — the venture fund is the right vehicle for them. For others with a more modest amount of capital to invest or use thoughtfully in terms of advancing women, we feel like the platform is a really easy touchpoint and vehicle for those individuals. The idea is to build a number of different products do meet people where they are and allow them to invest in women as seamlessly as possible. 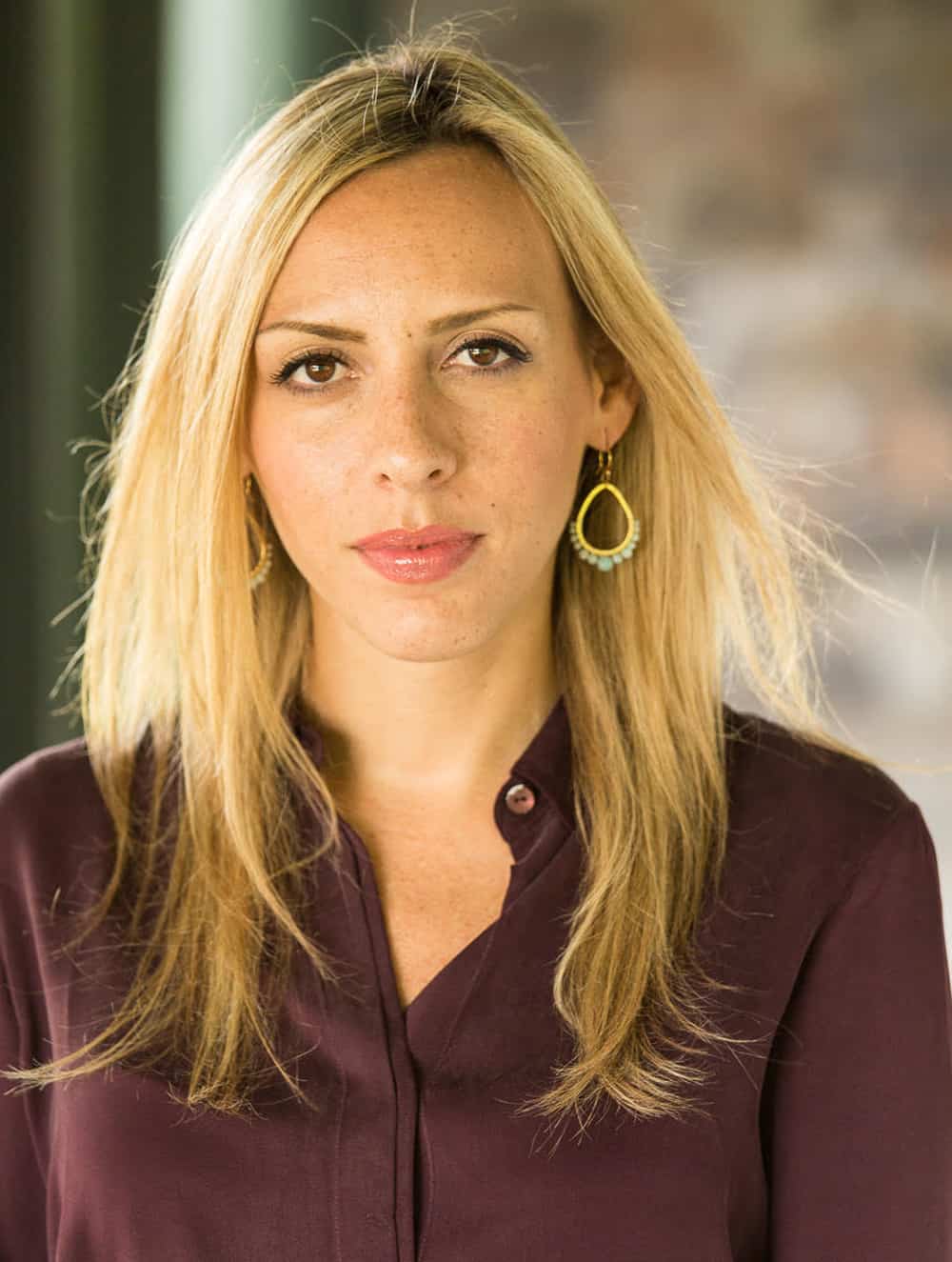 Tell me about some of the first brands you worked with!
For the fund we invest in early-stage companies with a female founder and CEO and those companies are, in some way shape or form, tech-enabled. The vast majority of companies that we invest in through the fund are not CPG companies. There is one exception — Haute Hijab, a direct-to-consumer hijab brand.

What about on the commerce side?
We curated the same way in which anyone would curate, which is finding designers and brands that resonate with our audience. Our style director was a senior fashion editor at Vogue so she has an incredible eye and wealth of relationships and really had her ear to the ground. We were also really interested in exploring companies outside of the realm of fashion and beauty for the holistic aspects of a woman’s life. We started in four categories: fashion, beauty, home and wellness. Certainly we have some darlings of the fashion space, predominantly emerging designers Rosetta Getty and Mansur Gavriel. We have well known brands in the beauty space like Johnanna Vargas. And then we have brands in the home space and in the wellness space that range from sexual pleasure and health. We are looking forward to building out those categories as the coming weeks and months, continuously introducing designers who we feel will resonate with our audience.

Tell me a little bit more your professional background!
My career started in the advocacy and activism space on behalf of girls and women. It has always been about advancing girls and women in some way. I worked in journalism, media, technology, nonprofits, NGOs, and philanthropy.

How did you get to where you are now?
In early 2016, I had had the unfortunate realization that [by] any metric to measure the success and advancement of women systematically — specifically in the United States — we’ d either flat lined or were moving in the wrong direction. Whether that was access to sexual reproduction health and rights, women in C-suites, women in front or behind the camera, it didn’t matter. It became harder and harder for me to justify the work I was doing; specifically the later years where I was consulting high net-worth family offices on strategies for allocating their philanthropic capital on behalf of girls and women.

At that point I wanted to better understand one question which I spent a year trying to answer: “Why is philanthropy the only way we invest in equality?” I got back a wide range of answers but the observation which was the most catalytic to starting The Helm response was that as a general rule is that when men have wealth they are invited to invest and amass more wealth. Where as when women have wealth, they are invited to give it away.

Interesting…
When you start unpacking what that then means for the world — both on a micro-level with product/solutions and policies that don’t work for everybody and on a macro-level with political and social outcomes that don’t work for everybody — it makes a lot of sense. When men, predominantly white men, tenuously invest in their own self interest, women are typically left to use their capital to clean up the mess. So I became interested in the other vehicles that existed for investing in women. I started looking at the venture capitalist landscape and at the time, 7 percent of all venture went to women and .02 percent to women of color.

By the time we started the company that number was just over 2 percent — where it remains — which is why we started with the fund. We also realized early on that it’s not just a lack of capital that was an impediment for success. Women also lacked the visibility, credibility, exposure, distribution, sales, and mentorship their male counterparts had and so we felt like there was a real wide space as it related to the contextual commerce platform and being able to do something like that through the gender lens.

In what ways in The Helm competitive?
One of the statistics that we’ve uses constantly lately is from a study that Walmart did, which said 90% of female consumers would go out of her way to buy brands they knew were female founded. Until now there hasn’t been one central place where people could do that, so I think that by virtue of the fact that we’ve done that in a highly curated way makes us incredibly well positioned to take hold of the pot of money that would be allocated to female entrepreneurs. The great thing we are doing is also taking a portion of our proceeds from our platform and putting it into a subsequent fund so that we really are creating a wheel of women investing in women.

You mentioned having a former Vogue editor working with you. Tell me more about your team!
Our Art Director, Vanessa Rosely, came from a hospitality group and she was the first hire that I made for the e-commerce group. She has an extraordinary eye and understood more intuitively than anyone I had ever met what I trying to accomplish. We have an unspoken understanding of each other that is really rare and I want to give a massive shoutout to her. Rachel Waldman was the former fashion writer at Vogue who is now our style director. She had these existing relationships with a lot of designers and understood that sweet spot of finding women who may have already made a name for themselves but could benefit from a much wider audience. Understanding how to meaningful curate and navigate existing relationships with designers and similarly to Vanessa understood what I wanted for this company.

Who are your target shoppers?
They are a multi-generational base of people. These women are different races, ethnicities, come from different industries and have different interests but they all care about gender equity. It makes for a really beautiful, interesting and unconventional group of people. We had 75,000 people sign up for the newsletter pre-launch. It will be interesting to see how using the platform serves them and how we can learn to better serve them if we continue to grow the brand.

The site features more than just shopping — why was it important to have other content?
[To] make it really easy to identify women who are game-changing and pioneering and innovating the industries they may be in. Something we talk about a lot is that on the rare occasion that women do get capital, it’s always in the consumer space, the parent space, or the beauty space. There are all these women innovating in other categories and we feel really passionately and strongly about creating visibility and opportunity for those women as well. We thought the best way we would do that is to share their stories.

Tell me one!
A woman named Cindy Eckert that I met a Vanity Fair summit had created the first ever “women’s Viagra.” She could not get the FDA to pass it and could not get anyone to fund it. She finally did get it funded and passed by the FDA and sold that company for over a million dollars… no one knew her story. Had she been a man I assure you she would be on the cover of every magazine. She was one of the first long-form profiles we did a content issue, something that is comparable to a zine, on women’s sexual health, pleasure and education. She was our feature interview and we had an amazing response to her story. Flash forward three years and she’s just sold her right to a feature film. Understanding these women who are at the forefront of their respective industries and putting them in front of other people is really powerful and important, and we have to find ways to do that. Storytelling is one of them.

Do you have any goals for the next five years?
We want to be the biggest economic engine for women to date and be a one-stop shop for investing in women. These are just the first two products and vehicles that we are rolling out. We have a whole host of things up our sleeve. The goal for the next five years is to make it possible to invest in everything from a Super PAC, buying a book by a woman, supporting a film, investing in an early stage company or buying your monthly staples you can know that those dollars are going towards women. We are well on our way to creating that ecosystem and hopefully people will join us in donating some of their time, talent and treasure to making that happen.

What about support for startups? I hear a lot about businesses that are already making a profit. Is there real support for viable startup women-owned businesses?