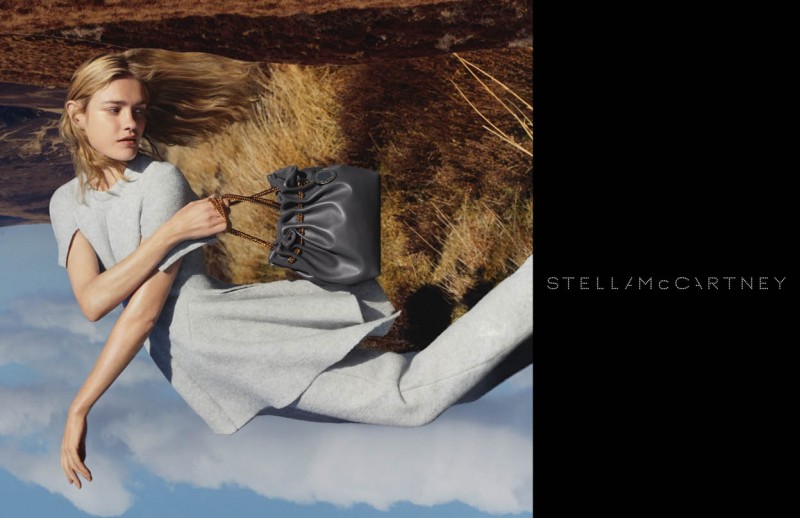 This time, the shoot’s exotic locale was Scotland, which was particularly meaningful for McCartney. “This is not the first time I have been drawn to Scotland,” said McCartney in a statement. “It is a place that I feel really close to. I was brought up there as a child and spent so much of my life there, then I got married there too. It is one of the most magical inspiring places on the planet and I just feel completely at home and at one with nature there. The collection, Natalia, the place, the mood, the team—it all felt very natural working there together, we had a lot of fun in Scotland.” The campaign features Vodianova holding the brand’s new Noma bag, which is a soft ruched eco alter Nappa sack cinched with a gold double-link chain. The campaign will be released in the September issues of title like Vogue, Harper’s Bazaar, ELLE, V, and Interview as well as international titles in the U.K., France, Italy, Spain, Russia, Japan, China, and the Middle East.

Matt Bomer Stars In Giorgio Armani’s Made To Measure Campaign