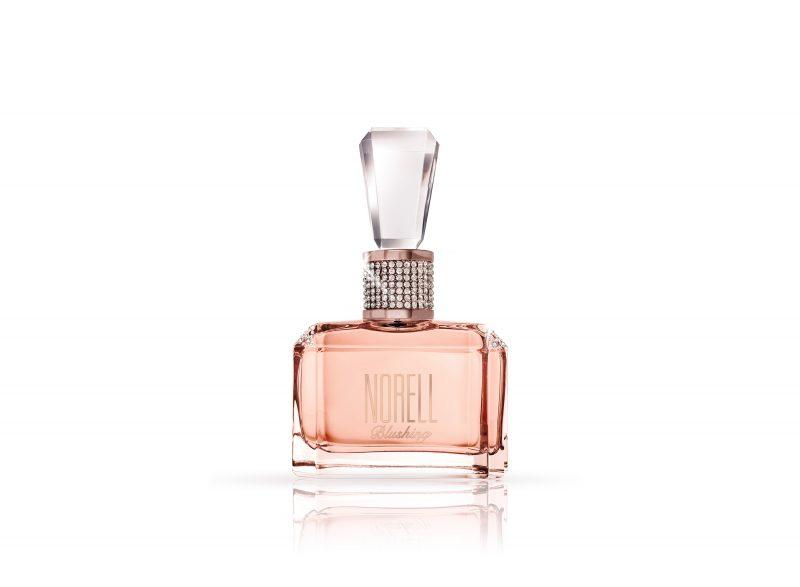 Norell has launched its third fragrance, called Norell Blushing. Founded by the late designer Norman Norell, who was known for elegant gowns and tailored silhouettes, the original fragrance named after the designer was launched in 1968 and was the first-ever fragrance by an American designer. At the time, the fragrance was marketed by Revlon but is now owned by Parlux Fragrances Ltd. In 2015, Parlux launched that modern iteration of Norell with Norell New York, which is known for its green floral notes and jasmine oil—it takes over 200 jasmine petals to produce the oil in each bottle. In 2016, Parlux launched a second perfume for Norell called Norell Elixir, a floral woody fragrance with blends of cool spice mixed with white flowers. Now with Norell Blushing, the brand adds a scent inspired by Norell’s famous mermaid gowns that were worn by both celebrities and socialites (Norell was also known for his costume designs for Paramount Pictures throughout the ’20s). “Norell Blushing captures the sparkle and light of elegant femininity with a wink of playful mischief and a luminous love of life,” said Yves Cassar, the perfumer who created the fragrance for Parlux. Over 500 petals of the Damask Rose were used per bottle to create the fragrance, which also combines notes of jasmine, orange flower absolute, and creamy woods.

“The Norell New York fragrance collection is the result of some of the world’s greatest master perfumers blending the most rare and beautiful ingredients to create new and exciting accords,” said Donald Loftus, president at Parlux Fragrances Ltd. “The luxury scents are striking a passionate chord with today’s women who appreciate such artistry and craftsmanship. Norell Blushing continues to round out the portfolio, offering women an elegant, youthful and radiant scent. It complements the spicy vibrancy of Norell Elixir, and the effervescent modern green floral that is the remastered Norell New York.”

Rebecca Taylor on Her New Intimates Collaboration with Eberjey