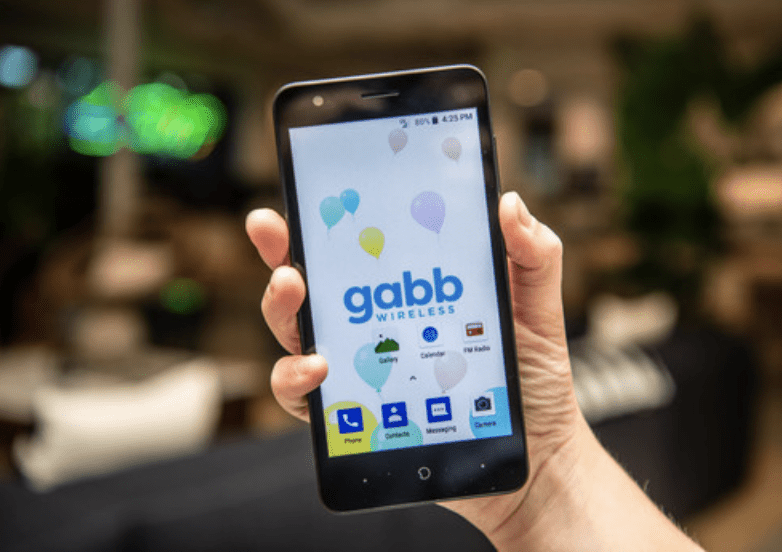 What do Snapchat, Instagram and TikTok all have in common?  Not your child’s well being, that’s for sure. The average teen   in the United States is spending between 6-7 hour a day on a smartphone.  This is a huge problem on so many levels, from distraction and time wasting, to dangerous cyber predators. The companies that produce the popular social media apps above are incentivized by the amount of time the user spends on the app. As a matter of fact, The WSJ shared with TikTok a sample of 974 videos about drugs, pornography and other adult content that were served to the minor accounts—including hundreds shown to single accounts in quick succession. Moreover, smartphone usage is making children bored easily and less stimulated. It was for this reason that entrepreneur Stephen Dalby founded Gabb Wireless. He is the father of eight children, so he is constantly thinking about how to create a positive world for not only his children, but children all over the world. Through Gabb, Stephen aims to ensure that families can have sound phone choices in the ever-changing digital landscape, while promoting kids to live a life outside their screen time.

It’s not unusual nowadays to hear people say that if you want to know how to operate any technical device, ask a child, and they’re not kidding! Computers, tablets or smartphones with Internet access are all a part of children’s lives and kids seemingly take to the digital world like ducks to water. Such access to technology and the Internet from such an early age means parents now have to control not only what kids watch on TV, but also the content they can be exposed to over the Web. The Internet offers so many positive things for children but it can also leave them unprotected against threats or even dangerous people. To alleviate these friction points is Gabb Wireless, a service that is dedicated to providing your child with a safe way to communicate with others.

That’s where Gabb is rewriting the playbook. The company understands that it’s hard to deny kids this crucial status symbol. Most parents are reluctant to provide their kids with a traditional smartphone because the negative consequences outweigh the positive. Gabb Wireless is firm on the fact that parents and children should collaborate with each other to find the best communication methods that work for both parties. The Gabb wireless phones operate as fully functional smart phones without internet browsing, games, social media, group text, picture messages, and an app store. In addition to the phone, Gabb wireless also offers a watch that acts as a cell phone, GPS service, and interactive watch. This trendy watch allows kids to communicate with parents, GPS tracker, step counter, and much more.

Stephen Dalby has attracted so much attention that he recently closed a $14 million round of funding. This Series A round was led by Sandlot Partners who puts a lot of thought and intention when it comes to partnering with the right companies that check off all the boxes. Not only is Gabb Wireless going through impressive growth, but also providing cutting edge solutions to alleviate the problems that exist in society with rising screen times. To learn more about Gabb wireless, visit their website.