Staring at Your Phone Is Killing Your Eyes, But Gigi Mortimer Is Here to Help 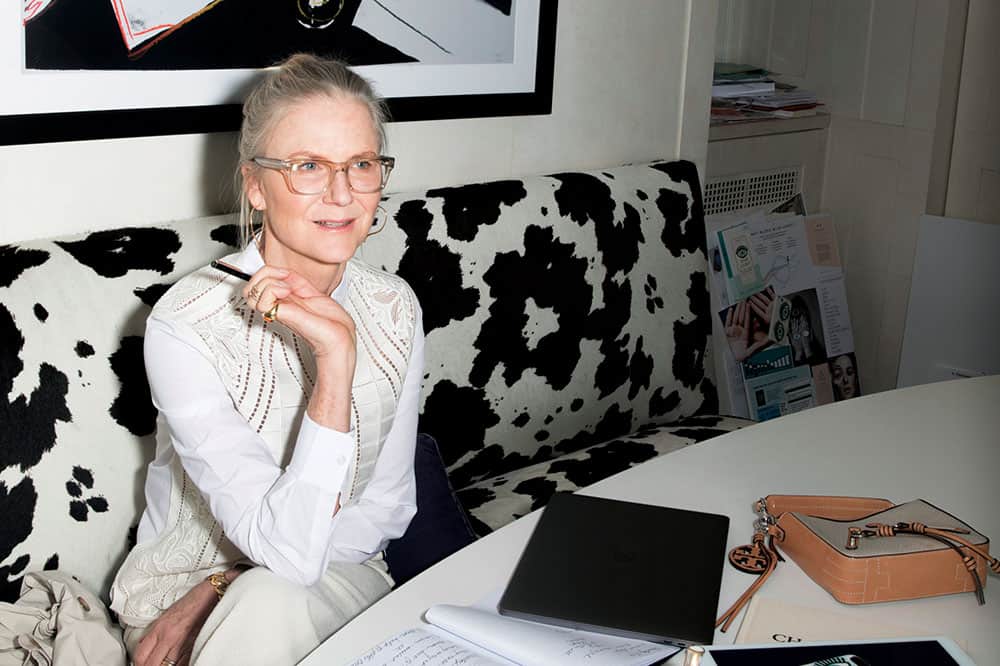 Meet Gigi Mortimer, the founder of the blue-light-blocking screen protector EyeJust, who has made it her mission to protect us from the harmful rays emitted by our devices.

Tell us a little bit about the effects of blue light.
The eye-opening truth is that the harmful blue light damages your eyes, harms your sleep, and prematurely ages your skin. Blue light kills the photoreceptors in your retina, and it puts you at risk for retina damage. It also disrupts your sleep cycles—the reason why you shouldn’t look at your phone at night is because the blue light is tricking your brain into thinking it’s daylight. This disrupts our circadian rhythm. Our circadian rhythm is our sleep and wake cycles. Sleep is so important because during sleep is when all your cells repair, and so people aren’t getting that valuable time that they need sleeping. The last thing that has been uncovered more recently is the damage to skin. Blue light is a penetrating light. It causes premature aging of the skin, as well as pigmentation.

What is blue light?
Blue light is the light that comes off your phone. It’s a specific spectrum — 450 nanometers — at which the iPhone is designed to have the most light. We’ve had blue light in our lives from sunshine and skies, but with cell phones, the proximity that we hold the phone to our face, and the amount of time that we’re spending looking at them makes it harmful. Putting a protector over it was the first line of defense.

What inspired you to create EyeJust?
About five years ago, I was working around the clock on a project. I’d wake up in the middle of the night, I’d write e-mails to people, I wasn’t sleeping well. Around the same time, my son was also sneaking his iPad into his bed at night and watching movies. He wasn’t doing so well in school, and I was trying to figure out what was going on. Coincidentally I read an article from Harvard that completely changed my life — it talked about the downside of digital, and blue light. Having been in the fashion business for years and thinking about what’s the next biggest thing, and having designed eyewear, I realized that I probably could create something that could be a solution for what I was having a problem with. I thought initially about doing blue-light-blocking glasses but my son, who was about 12 at the time, wasn’t going to put on a pair of glasses to watch movies on his iPad. So I thought, Let’s do the first line of defense and put on the screen protector. It completely solves the problem, it’s extremely affordable, and it protects your screen.

How much time does the average person spend on his or her devices daily?
It varies between seven hours and 10 hours. But what we’re realizing is the media… news people are on Twitter all day long, fashion people are on Instagram all day long, so I think they’re far exceeding the national average. Children’s eyes are especially [susceptible to] damage, because their eyes aren’t fully developed and children tend to hold the screens closer [to their faces]. And the amount of time they’re going to spend staring at blue light in their lifetime is scary. I would definitely protect my kids’ eyes. 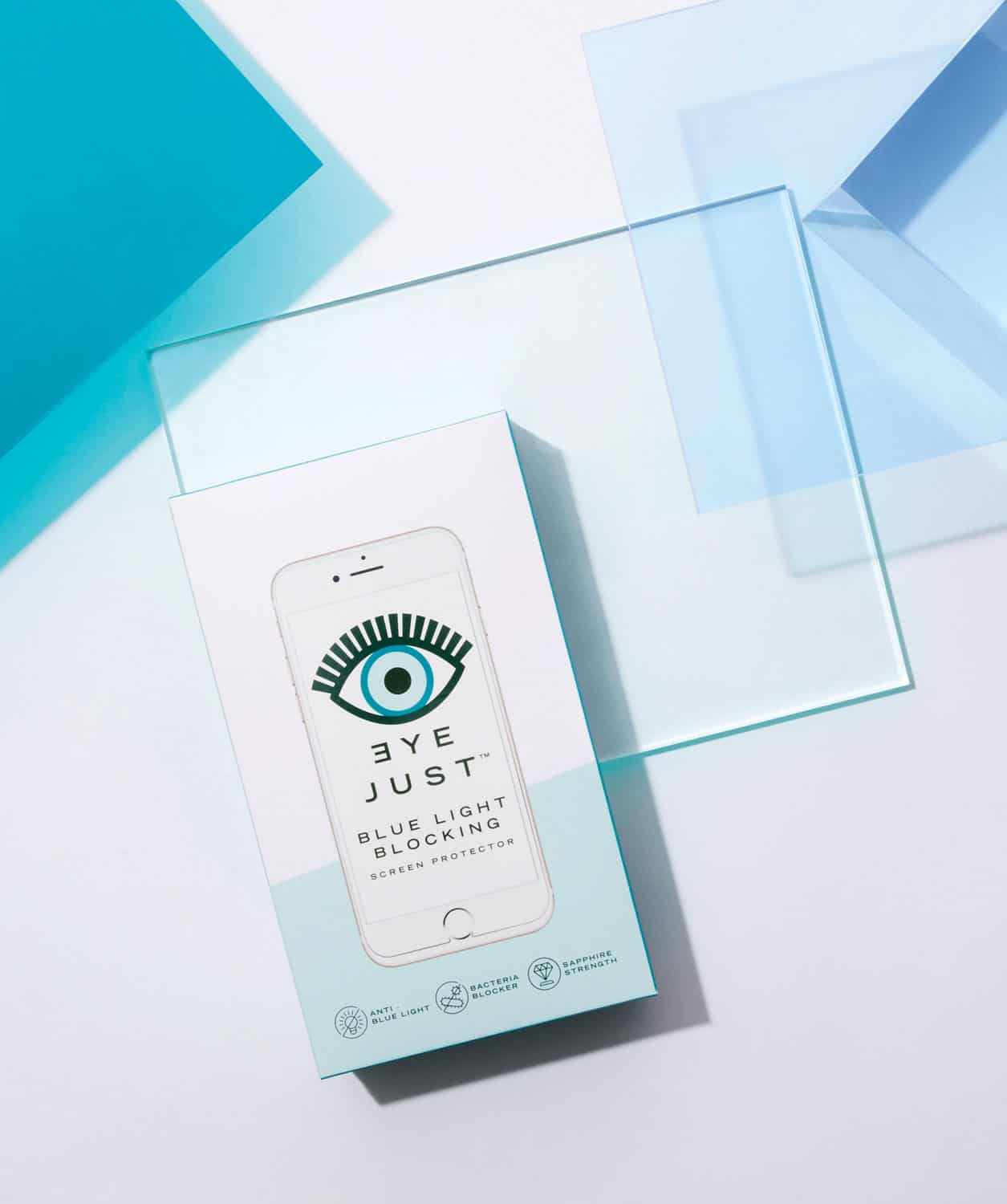 How can this product help media professionals or anyone who spends a lot of time on their phones?
What we hear from our customers — these are from journalists, writers, people who experience screens all the time — is they immediately notice a difference with their eyes. I think 87 percent of people complain about digital eyestrain, which is caused by staring at blue light. We were like, Wow, so many people are having this problem. Staring at blue light leads to early onset macular degeneration, which leads to blindness. We’re working with UC Irvine on some studies that are going to be released in May. The science is real.

How does this product differ from others on the market?
I bought a lot of the other ones; there aren’t a whole lot out there. Some of them have a yellow tint to the screen, which is really hard for artists and people who work in the fashion industry, because they really need to see the light. Ours doesn’t change the color of your screen. We also blocked the maximum amount of blue light coming off (to block 100 percent of the blue light, you kind of have to put a brick over the phone). We really wanted it to have a design focus on this to make it the best one available, because the other ones out there are not great—they’re plastic, they’re yellow, they scratched. We thought we could really create a high-quality screen protector that blocks the blue light. We used an optical clarity glass bacteria blocker on the screen. One of the things we really wanted to do was make it obtainable to everyone. People are buying blue light glasses for like $60, $70. This is just $24.95.

Any new products on the horizon?
We’re coming out with computer screens soon — they’ll probably be available by March.

Any tips for cutting down on screen time?
One of the best things to do is hold the phone further away from your eyes and then turn off the notifications. I find them extremely distracting, and scientifically, the notifications create more cortisol in your body, which is the stress hormone. I try and keep stress down. I turn my phone off about two hours before bedtime. I also use apps that help me monitor my screen time. But honestly, the easiest and simplest way to start having a healthier tech solution is to put EyeJust on your phone, because it blocks 50 percent of the blue light.

Tory Burch Goes Back to School for Fall 2019

Look Of The Daily: Hilary Rhoda in...