Surprise! Reformation is having a sale

Reformation is giving you a delightful early start to your weekend with a surprise start to its annual markdown! With select styles up to 30% off both in-store and online, the deals don’t get much better than this! Sale items include flirty floral frocks, jeans, swimsuits, shoes, loungewear, and activewear, as well as celeb-approved looks like the Rumi Dress that Kendall Jenner loves, or the Hunter Crop Sweatshirt that Gabrielle Union Wade just can’t stop wearing. Quick!

One of NYC’s hottest designers right now is Brooklyn-native Romeo Hunte, whose designs have appeared on celebs like Joe Jonas, Machine Gun Kelly, and even Michelle Obama herself. Today, Tommy Hilfiger has unveiled their latest capsule, designed in tandem with Hunte’s label, dubbed TommyXRomeo. The capsule features classic Hilfiger pieces like puffer jackets, trench coats, jeans, shorts, and sweatshirts, as well as accessories, but remixed via Hunte’s signature deconstructed design, creating fresh looks meant to appeal to a new generation of shoppers. The collaboration is a result of the People’s Place Program, an initiative started by Hilfiger which finds and nurtures young talent from underrepresented BIPOC communities.

Coach’s #CoachConversations series on YouTube, hosted by New York’s radio DJ goddess Angie Martinez, focuses on the lived experiences and life lessons of its stylish subjects (all while wearing sharp Coach fits, of course!). The series has shared one-on-ones with past stars like Gwyneth Paltrow, Michael B. Jordan, Jennifer Lopez, and Paloma Elsesser, and this month’s interviewee is none other than leading lady of the moment, Megan Thee Stallion. The duo get into it and discuss hot topics like female empowerment, attending university, reaching for higher goals, breaking into the music industry, and personal style. Stay tuned, we love to see it!

In his third collaboration with Samsung, Thom Browne has created two new editions for the Seoul-based company’s upcoming Galaxy Z Fold 3 and Flip 3. Although tech companies have been tapping into the fashion industry for decades— think: Nokia’s Versace phone from 2006, or the 2015 Apple Watch with an Hermès band—Thom Browne has a particularly keen eye for creating a truly usable fashion phone. The devices feature streamlined glass and metal design with a soft color palette, and, much like the brand, the overall effect is minimalist yet deeply chic and luxurious. The fashion house has also released a video to celebrate the launch, showing the phones in the hands of two models clad in similarly subtle Thom Browne pleated skirts and tailored blazers. The limited edition phones will be available starting August 11.

Los Angeles-based Alo Yoga—the go-to apparel brand of the stars—is making NYFW just a bit calmer this year as its newest wellness partner. Kicking off the partnership will be an invite-only two-day event at Spring Studios starting on September 9, wherein guests will enjoy an immersive experience with Kundalini yoga classes, sound baths on the roof, astrology readings, acupressure treatments, and more. The yoga brand will also be hosting events at their Flatiron and Soho sanctuary spaces, from September 6 to 12. 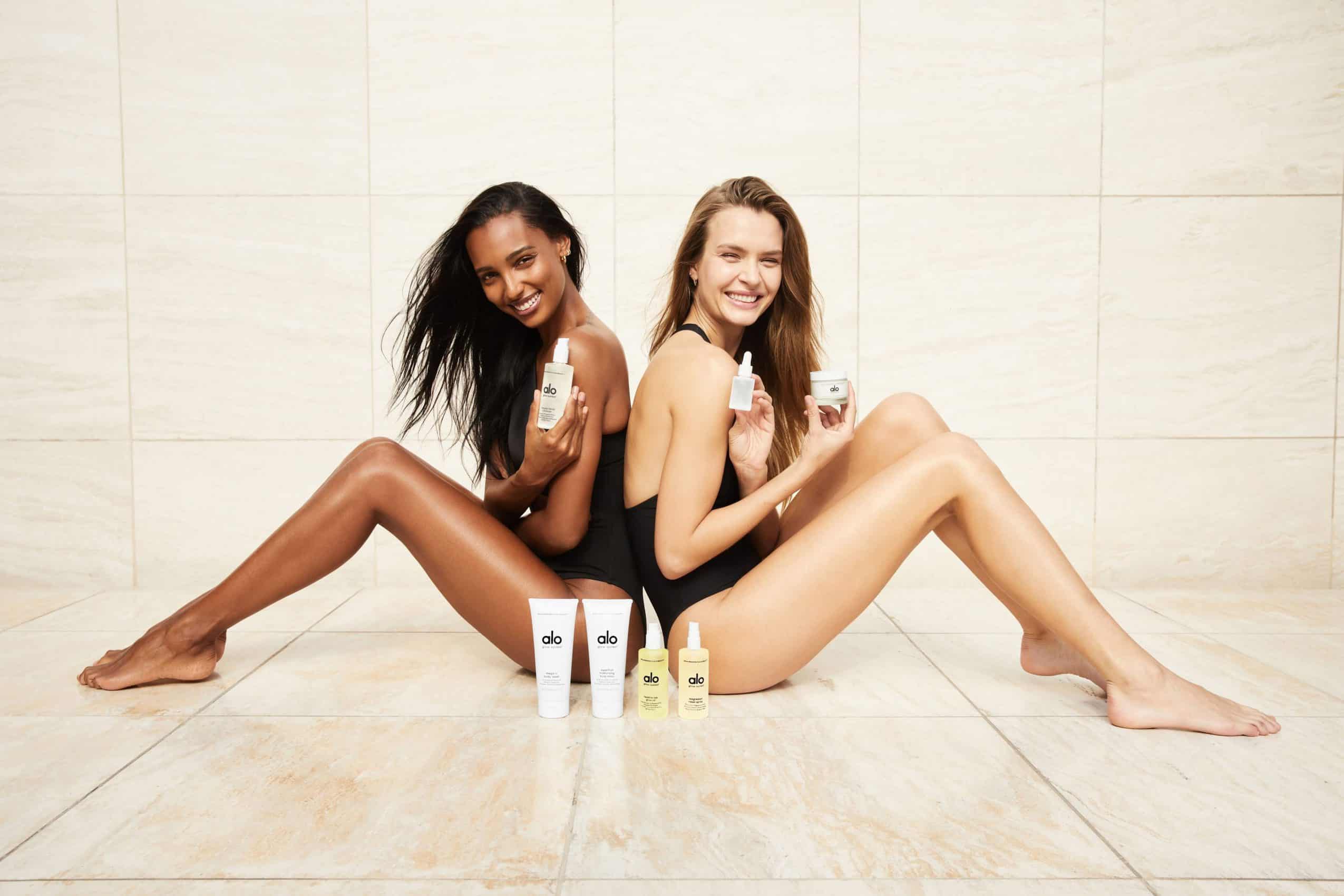 Michael Kors is releasing MK40 Reissue Capsule, a collection of new pieces with designs culled from past seasons and greatest hits from his four decades in the biz. The brand originally teased MK40 during their Fall 2021 public runway show in Times Square this past April. The line includes iconic pieces like a camel wrap dress à la Fall 1991, and a Swarovski-encrusted slip dress taken from Resort 2010. Each garment will also have a QR code printed on its tags, which will send the scanner to a microsite, which has even more exclusive content like photos and videos of the man himself extrapolating on each MK40 piece. The capsule is being released in Michael Kors Collection stores and online in monthly drops, so get yours while you can!

Sarah Jessica Parker may be skipping this year’s Met Gala

Rumors started swirling about Parker’s potential absence from this year’s Met Gala when her longtime attendee partner, Bravo boss Andy Cohen, admitted he will not be going to the festivities this year in order to, “take a year off,” and that SJP will likely still be in the middle of filming the Sex and the City reboot during the fête. The Met Gala without SJP?! Seems impossible! And yet, 2021 never ceases to amaze us… 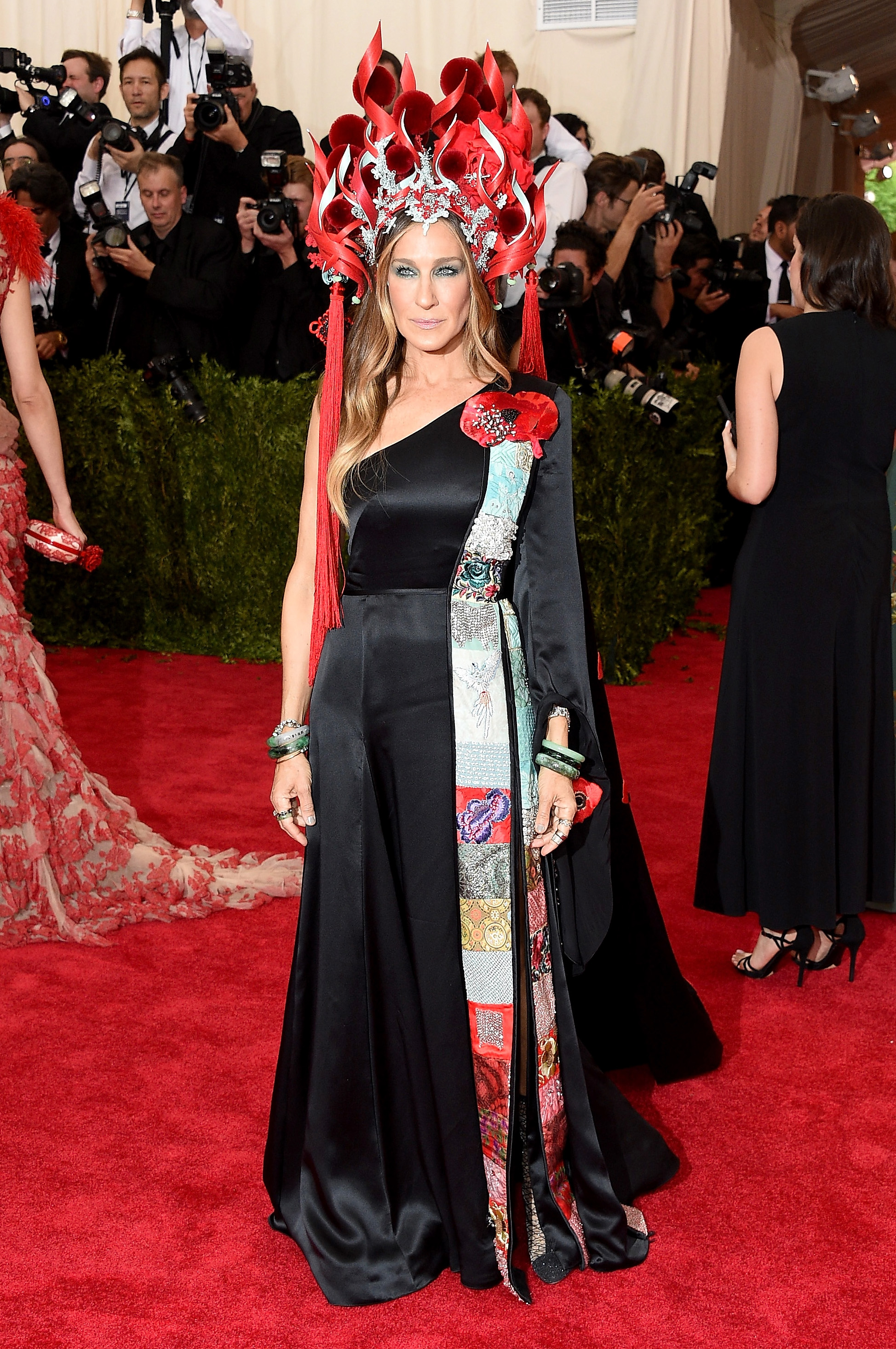 NEW YORK, NY – MAY 04: Sarah Jessica Parker attends the “China: Through The Looking Glass” Costume Institute Benefit Gala at the Metropolitan Museum of Art on May 4, 2015 in New York City. (Photo by Larry Busacca/Getty Images)

Is Kim Kardashian dipping into swimwear?

Many are speculating that Kim Kardashian may be planning a move into swimwear, either with her Skims brand or through a new venture. This week, fans became obsessed with the idea of an impending swimwear launch when the international celeb replied to someone who had tweeted “S W I M B E R L Y” at her, with a “S O O N C O M E.” This sent her avid followers into a tizzy, only fueled further by the Skims official Twitter account replying to Kardashian’s exchange with three black heart emojis. In fact, a swim or resort line from our original Kardashian crush seems totally conceivable since, as pointed out by Page Six, her 2019 Skims trademark includes swimwear, swim caps, and beach cover-ups.

After going totally digital in 2020, the British Fashion Council’s annual Fashion Awards will be returning, this time in-person at the Royal Albert Hall in London. The 2021 event will honor “Leaders of Change,” individuals who have created positive differences in the face of the pandemic. There are five categories for the awards: the environment, people, community and craftsmanship, creativity, and culture. Last year’s recipients (albeit digital) included Raf Simons and Miuccia Prada.

Having shuttered with the rest of New York City when the pandemic hit, the famed Joe’s Pub will triumphantly reopen this fall, with a slate of performers and artists both old and new to the Pub. Featured guests include Norwegian Grammy-winning artist Sondre Lerche, hilarious comic cabaret singer Bridgett Everett, Broadway babe Peppermint, Yo-Yo Ma collaborator Kaoru Watanabe, and so many more. Plus, New York treasure Sandra Bernhard will be returning once again to Joe’s Pub for her epic New Year’s Eve spectacular, which regularly draws a who’s-who of the downtown Manhattan scene. Grab your tickets to shows now while you can!

Daily News: Saks Teams Up With WeWork, Tom Ford’s New Coffee Table Book Is Coming, The 2021 MTV VMA Noms Are Out, And More!