The Secret to WSJ. Magazine’s Print Success in the Age of Digital 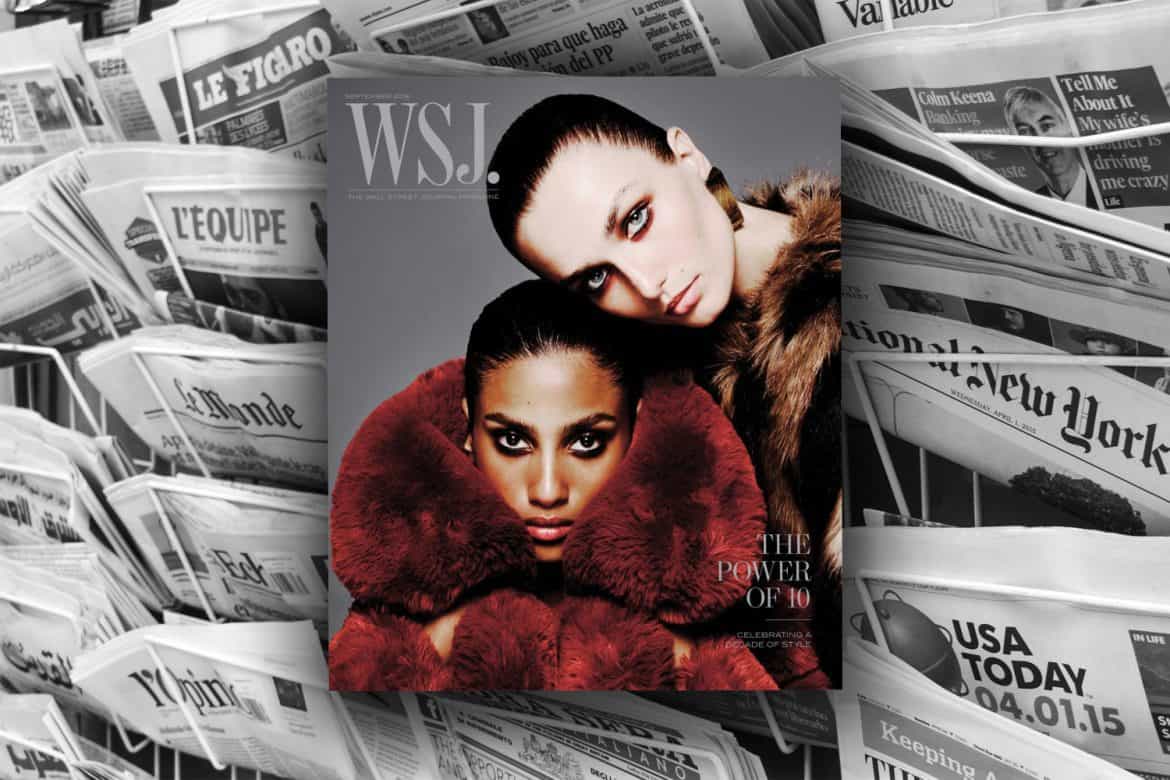 WSJ. has been around for a decade, and to celebrate, the title unfurled five epic covers of 10 supermodels, shot by Inez & Vinoodh, for its September issue. But Anthony Cenname, WSJ.’s publisher and The Wall Street Journal’s VP of luxury advertising, didn’t rely on a big anniversary to pull in record-breaking numbers. Cenname shares how he and EIC Kristina O’Neill have made WSJ. such a haute read.

You’re one of the few titles that actually has positive September issue news!
I’m really excited, because this has been our largest revenueproducing issue, ever. We’re up 3 percent in ad pages from the prior year, which makes us very happy. There are 18 new advertisers in the issue, and other advertisers increased [buys], much larger than we ever expected. The inside cover is a Chanel campaign, and we’re the only magazine in the month of September to break this campaign. Other advertisers, such as Cartier, Balenciaga, Hermès, and Fendi, are all in, to the tune of four pages, and others, like Carolina Herrera and Chloé, upped their advertising units from single pages to spreads. We also had a lot of increase from American fashion advertisers, such as Michael Kors, Coach, Ulla Johnson, Lafayette 148 New York, and St. John; we’re seeing them sit well within our core advertising, which are prestige advertisers from Europe. Also, our Fall Preview issue in August was a record breaker. We were up in revenue and ad pages, with nine new advertisers. We’re starting off fall really bullishly.

How is WSJ. not just surviving but thriving in the tenuous print advertising landscape?
The magazine’s audience is very, very wealthy. We’re talking to an average household income of more than $125,000; an audience that consumes $278 billion annually on [consumer and] luxury goods. Also, the relevancy of the particular medium inside the trusted news source of The Wall Street Journal, which is not a polarizing news source, makes it attractive to the marketers, coupled with the [editorial] environment. Kristina and her team do such a great job to create an escape, and a premium fantasy that resonates really well with people who aspire—as well as readers who are still aspiring but have the money to be able to buy the product. At the end of the day, advertisers need to be able to put their premium brands in front of an audience that can actually buy them. It’s rare these days to find a product that actually does that. 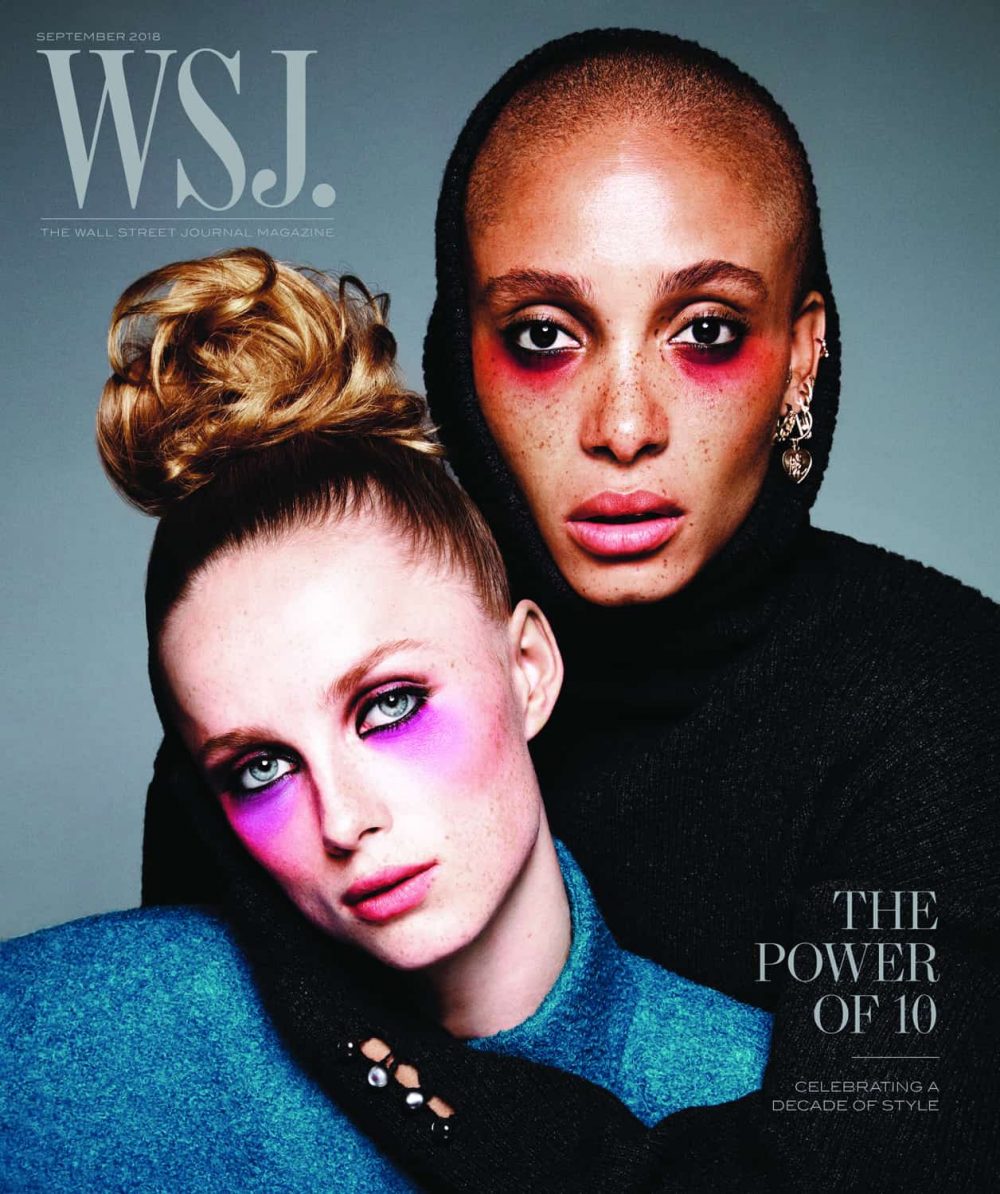 Did the anniversary element help boost your numbers for September?
Very, very few advertisers buy advertising based on anniversary issues today. Years ago, you were able to say, “I have an anniversary coming up, would you join me?” and based on relationships and long-term symbiosis with the publisher and editor, advertisers ran more advertising. But I don’t see that as the trend moving forward.

WSJ. has been dabbling in live events by being part of The Wall Street Journal’s D.Live conference. Do advertisers respond to or get excited by this?
From a business perspective, it’s an audience that pays $5,000 a ticket. When someone’s spending that much money to be able to come to listen to content live, it means that they would like to shake hands with the people being interviewed, but also that they want to be a part of hearing news coming down the pipe in technology. I refer to our audience, psychographically, as a multihyphenate, and a multihyphenate is someone with multiple professions, multiple skills, and, therefore, multiple paychecks. These people have become attractive to marketers these days. D.Live has been one of our most lucrative conferences, and The Wall Street Journal does a number of B2B [business-to-business] conferences within the financial sector. But technology is something that affects everyone’s lives, including B2B and B2C [business-to-consumer]. As people emerge as multihyphenates, they set up businesses in ways that they need to be at the forefront of technology. No one provides content in the technology space, or news within the technology space, as well as The Wall Street Journal does; we look at every company as being a tech company.

Your annual Innovator Awards is such a hot-ticket event filled with power players. How have advertisers responded?
When WSJ. launched the Innovator Awards seven years ago, it was the advent of impactful earned media. It’s sort of like the start of the gala season. Everyone wants to be a part of the experience, and it’s the hottest ticket in town; it’s something that many advertisers really want to be a part of. This issue will trend to be up, and the sponsors this year are very, very strong. It’s become the envy of the magazine world. 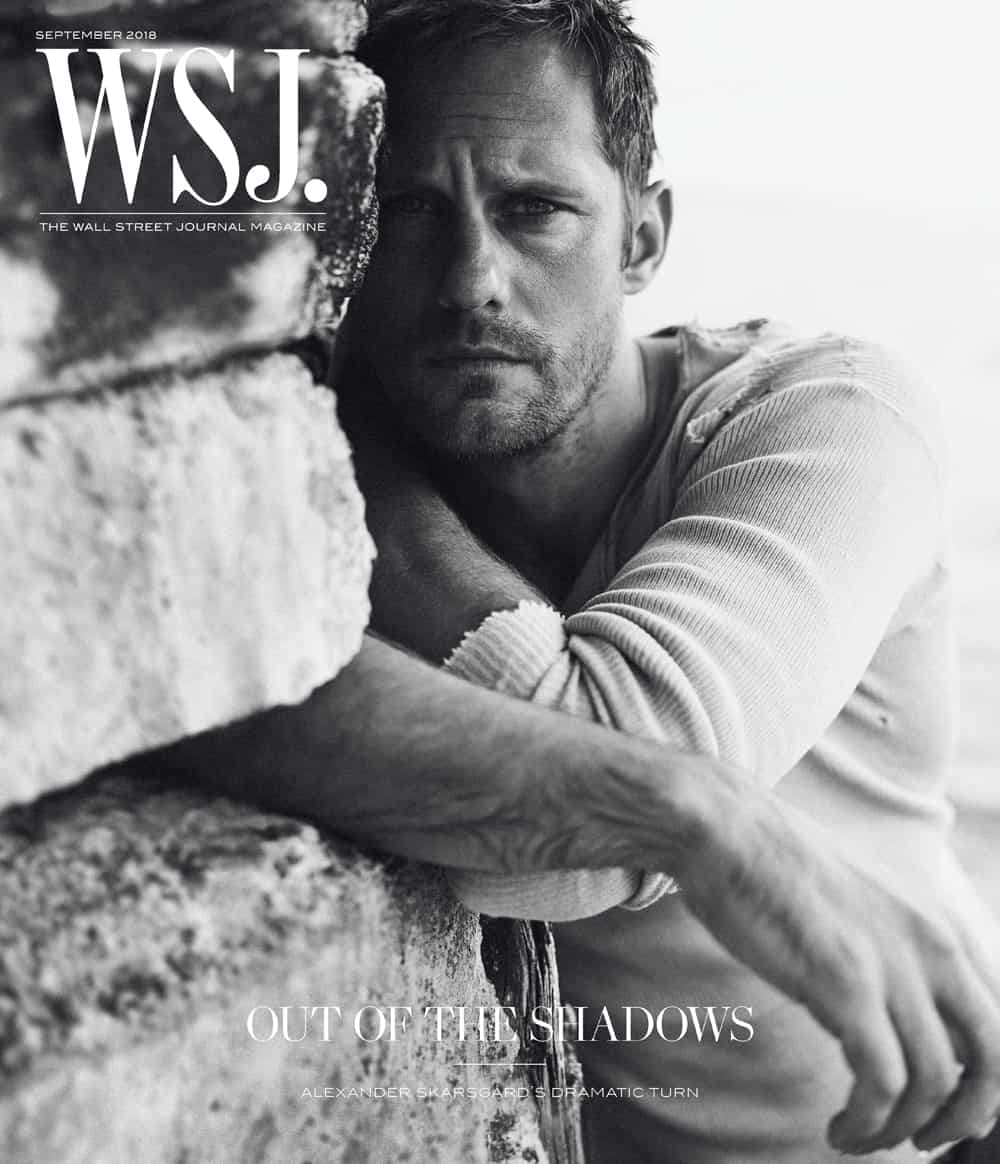 The mag released its first book, On Point: Life Lessons From the “Columnists” Interviews In WSJ. Magazine.
That particular project is near and dear to Kristina and her team. When we do anything, we always think about The Wall Street Journal audience; when Kristina started here, she wanted to find ways to create stronger connective tissue to the readers of The Wall Street Journal itself. She succeeded strongly, because in 2013, she created “Columnists,” with six luminaries speaking about one topic every month. It’s usually a topic that’s interesting to someone who’s driven by success and ambition—aka, the multihyphenate.

What do you think of the bleak reports about the death of the September issue…and, even, of print?
It makes me sad to read articles about the demise of print; I’m picking up some of these magazines’ September issues, and they don’t really look like they’re demising at all. Many magazines are being sort of crucified by the media right now, and [these publications] probably brought that upon themselves because they haven’t learned to become true content companies in their own right yet; many of them are still figuring out how to do that. The strong, smart ones will evolve and get there. I’m an optimist.

Thank goodness! What makes you hopeful?
Many of those brands will overcome this minor setback they’re going through right now with September issues. Sometimes in this industry, we’re our own worst enemies. We’re very critical; in the fashion media world, we have to be because we’re always trying to better up. But we have to realize a lot of consumers out there still want the feel of a magazine or a printed product. I hear it every day. I’m actually hearing it more and more with younger people, which is quite nice and refreshing. CEOs and presidents of luxury fashion companies are constantly asking me what they can do to become content companies, too. At the end of the day, content rules.

Stylist Law Roach on the Power of Black Girl Magic