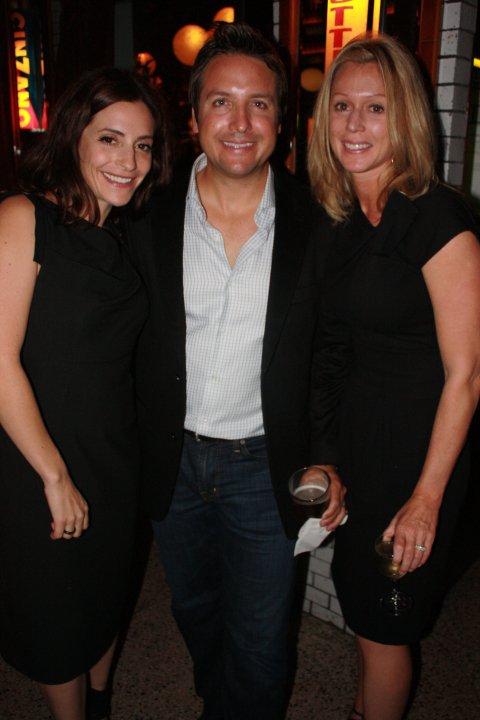 In the late nineties, Christine Turner opened the doors to her boutique PR agency in Denver. Fast-forward 20 years, Turner has outposts in New York, Chicago, Portland, and Miami, and it’s showing no signs of slowing. Turner and longtime colleague SVP of lifestyle Mariana DiMartino weigh in on two decades rep’ing some of most coveted destinations and resorts, fitness, lifestyle, and accessory brands, and what’s in store for the next 20.

What are each of your backgrounds?
Christine: I studied journalism and worked at an advertising/marketing agency, where I realized my strengths and focuses were PR. I had a desire to be super selective about brands. In March 1997, we started Turner. I choose brands we can grow with, and I feel we have an authentic voice in the PR field.
Mariana: I was a journalist and competitive snowboarder in Denver, but I wanted to be a writer. I entered PR as a copywriter, but it became like watching paint dry [Laughs]. So I sent out resumes to every single PR firm in the city. Then 18 months later, Chris called and the rest is history. Our first client together was Airwalk.

What were your early beginnings like?
Christine: We focused on general PR in 1997 with a number of different clients. Then we changed focus in 2003, which made it easier to recruit team members. The reasons people work at Turner are because of their passion about travel and tourism or the types of lifestyle brands Turner takes on. We have focused on quality and understanding where we want to be.

What does Turner offer in comparison with other PR agencies?
Mariana: We focus on human development and knowing our niche. We realized as we grew there were many subdivisions in the style conversation. Most of our brands we have 5, 10, 15 year relationships with—there was a sweet spot in the heritage conversation and the functional fashion conversation. We fit the intersection between heritage and function. We know our consumer is stylish with a lean toward adventure.
Christine: We shifted our focus in the last 10 years based on where consumers get their news and where they shop. In 1997, we focused on driving up retail sales through traditional PR, but with changing media came freelance journalism, bloggers, influencers, and the need for celebrity seating. This led to us hiring a lot social media experts and influencers.

What is your relationship like?
Christine: We travel together 35 weeks out of the year. We have a great relationship, valuing and respecting each other’s opinion, empowering one another’s strengths and differences, and our strengths are very different.
Mariana: Anyone who meets the two of us say that we are opposites. We represent two sides of the brain, and at this point we are family. With almost two decades together, Chris has made me a better human.
Christine: I can’t imagine the last 17 years without Mariana. There is no journey without Mariana in it. We share the same core values and view on life, but I have more of a business side while Mariana has more of a creative side, and this makes us a winning team.

Which key hires have been crucial to the growth of the agency?
Christine: I don’t think a company works without every single role. When the market crashed in 2008, our industry was changing very quickly, so we needed to hire people with very different skill sets. We hired Angela Berardino in 2008, who is still with us today as chief strategy officer. She helped start our social media division in 2008. We hire a lot of specialists.
Mariana: We position ourselves in the style arena. We hired Kelsey Comstock to run the wellness division. Venessa Correa runs our lifestyle/style division and has been with us for a little over a year. Melanie Dennig runs our modern outdoor division and has been with use for several years. They have been key in growing subdivisions and they are now in different offices. It’s true that you’re only as good as your people.

What are you looking for in Turner employees?
Christine: Integrity is key. We find people that have the passion, smarts, and diverse talents. We don’t want a bunch of people just like us.
Mariana: At a young level, we hire people we see developing. It’s important to look at how hardworking someone is, and find people who have a passion for the industry. We have had several interns who are now account coordinators. We want to find people who are the right fit for us, and us for them.
Christine: Many of the people we had move on have moved on to their dream job. We feel we have helped with their success, and that is very gratifying.

What were some key growth points for the company?
Christine: There isn’t a specific year where we grew the most—it has been a steady growth year after year. In 1997 I started Turner in Denver and in 2005 we opened our New York office. We launched the digital division in 2008, opened in Chicago 2015, Portland in 2016, and this July we are opening a Miami office. Denver and New York are our two main offices. We were acquired by a larger, full service ad agency three years ago, which gave us an operational backbone and helped us grow. We are a fully operating individual company but our partnership has let us stay true to our company.

Would you expand internationally?
Christine: Right now, we represent a lot of international brands in the U.S. and Canada. The only other market we have seriously talked about is London, because many of our brands have asked us about doing PR there.
Mariana: We want to be the best in the field and grow at a smart pace even if that doesn’t mean rapidly.

What is the biggest misconception about Turner?
Mariana: People are surprised by size of company. We are middle-sized and we don’t want to be large.

You mentioned you’ve traveled together frequently—what are your most memorable trips?
Christine: Before we opened our New York office, we spent half the year traveling to New York, staying in hotels all over the city. We spend a lot of time in Vegas because of trade shows.
Mariana: When we turned 10 we went to Brazil together. We plan to do something like that for our 20th. We have been all over the U.S together, mostly for trade shows!
Christine: In addition to Rio, Florianopolis and Bahia, Brazil for our 10-year anniversary, we also worked together in Montego Bay, Jamaica, as well as Nairobi and Naivasha, Kenya in ’08 for a service trip with Heart for Africa. Tracey Ornelas, our billing manager, was on the trip as well. We spent a week helping to build a fence around an orphanage in Kenya. It was a pretty amazing experience!

How else will you celebrate 20 years?
Christine: We will host events in New York and Denver for all our favorite people!