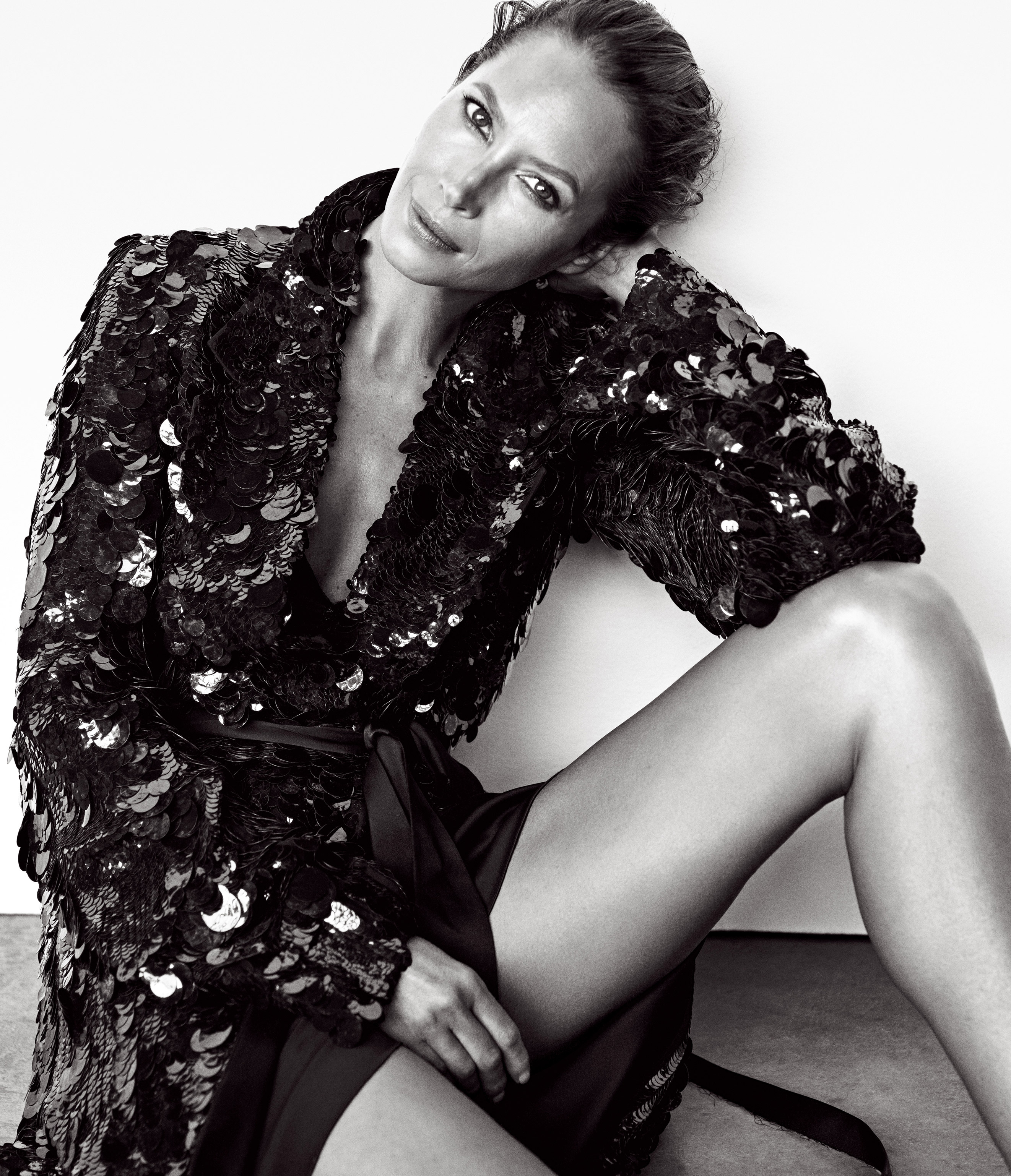 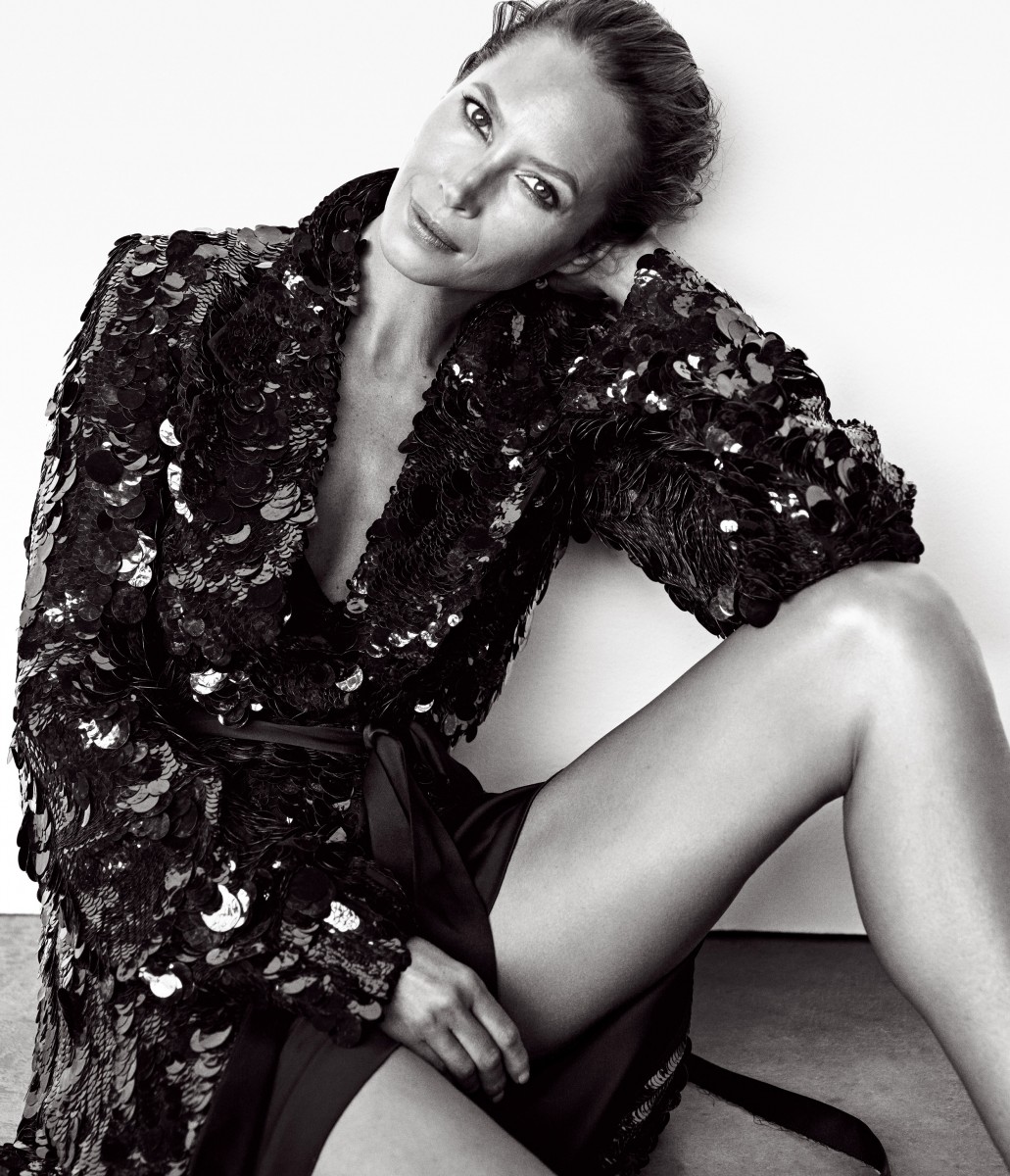 Almost 30 years after her career-making Eternity campaign for Calvin Klein, Christy Turlington Burns graces the March cover of WSJ. One leg of the model “trinity” (alongside Naomi Campbell and Linda Evangelista), Turlington Burns has recently been pioneering ventures of her own. One such endeavor is Every Mother Counts, an organization she founded in 2010 to help put a stop to preventable deaths related to pregnancy and childbirth. Photographer Mikael Janssen captured her essence in portrait form, while writer Julia Reed got the model-philanthropist’s full story in an intimate interview…

On whether she misses modeling: “Not at all. I don’t miss anything about it. Except the trips.”

On first leaving California for New York: “I was like, ‘See ya. The world is big; I’ve got places to go.’” 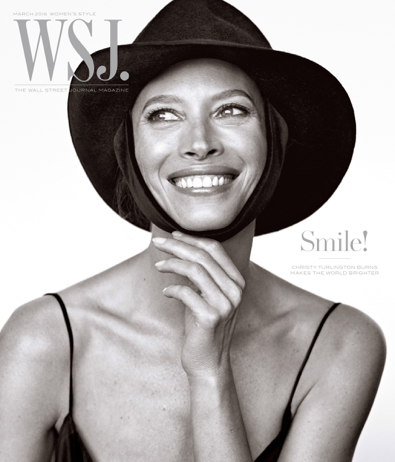 The project she’s working on with her husband: “It’s a documentary about 1980s New York and the people who introduce me to culture and art and music and fashion. Everything was so open in those days; there was such cross-pollination.”

How her charity, Every Mother Counts, started developing projects: “The need is everywhere so you go where there is already something brewing you can complement or there’s someone on the ground you can trust.”

On running marathons for the organization: “The running efforts have been huge for us. I was never really a runner, but I didn’t want to have a team and not be part of it. And it was kind of on my bucket list at one point, so I thought, Yeah, I can run for Every Mother Counts.”

On her sister’s marriage to Brian Burns, Ed’s brother: “I knew I was going to need to love whomever he ended up with. If the relationship hadn’t worked out, it might have made the holidays a little weird. You can imagine how Christmas would have gone down.”

Arthur Elgort, fashion photographer: “I clicked with [Christy] from the moment she walked into the studio. She was so normal, so bright, so nice. And then, of course, I liked her face.”

Ed Burns: “[Christy’s] always been very driven—everyone is just amazed by her energy. It’s been fun for me to watch her and it’s been for for us both to watch the kids. They’re old enough now to get a sense of how much their mother gives, how important it is to give of yourself.”