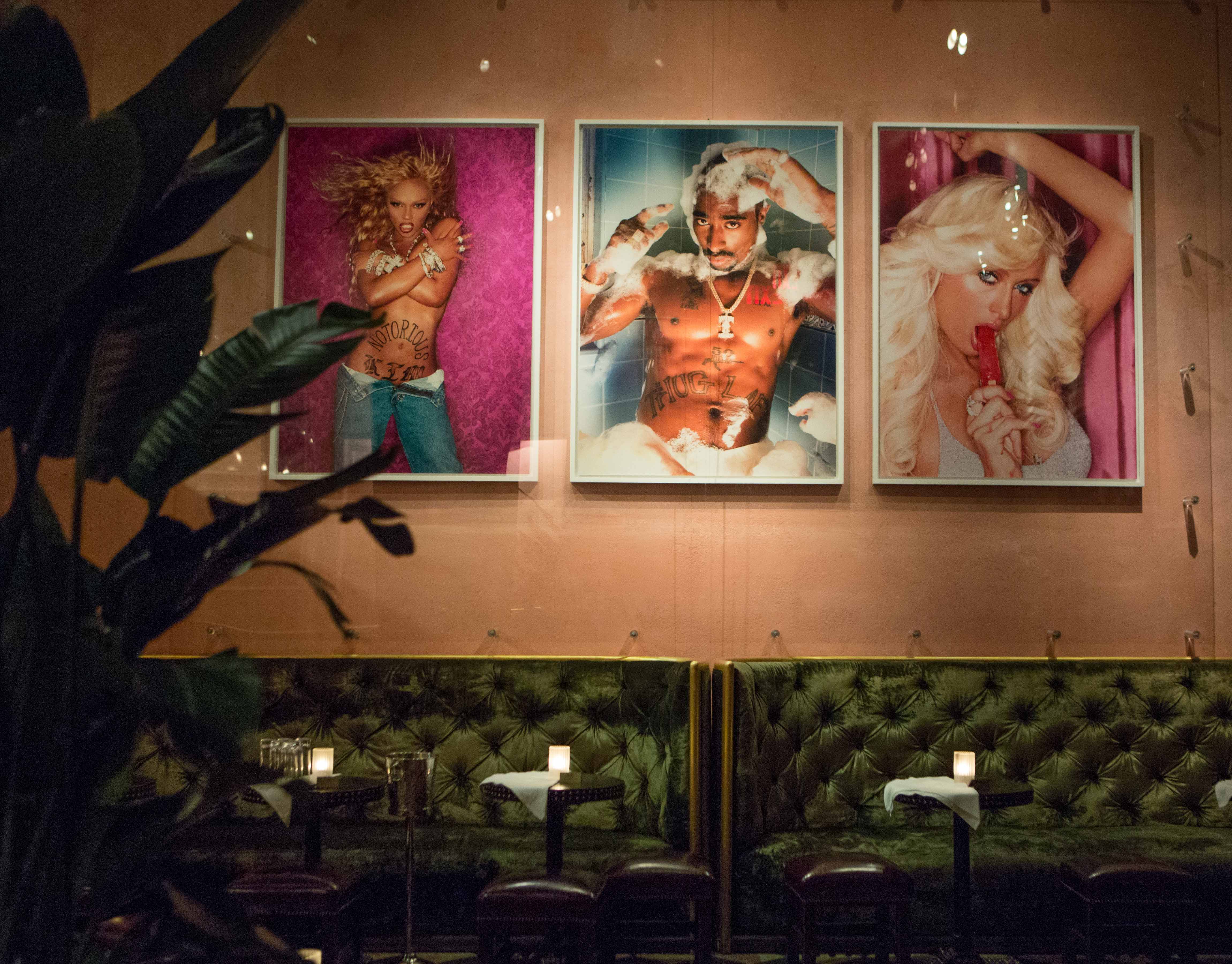 Paris Hilton, David Beckham, and Uma Thurman have checked in to the Gramercy Park Hotel for a few months. They’re all part of a new art installation at the hotel’s Rose Bar where works by David LaChapelle are on display until September. The walls also have images of Leonardo DiCaprio, Britney Spears, Tupac, and Sarah Jessica Parker. LaChapelle was MIA at last Thursday’s unveiling, but Johnny Byrne from his team was on hand to walk VIPs through the works. Byrne pointed out that the appearance of Hilton on the walls has a special significance as she was famously rejected at the door in 2006. LaChapelle also returns to the editorial world this month shooting Lana Del Ray for the latest edition of Flaunt magazine. 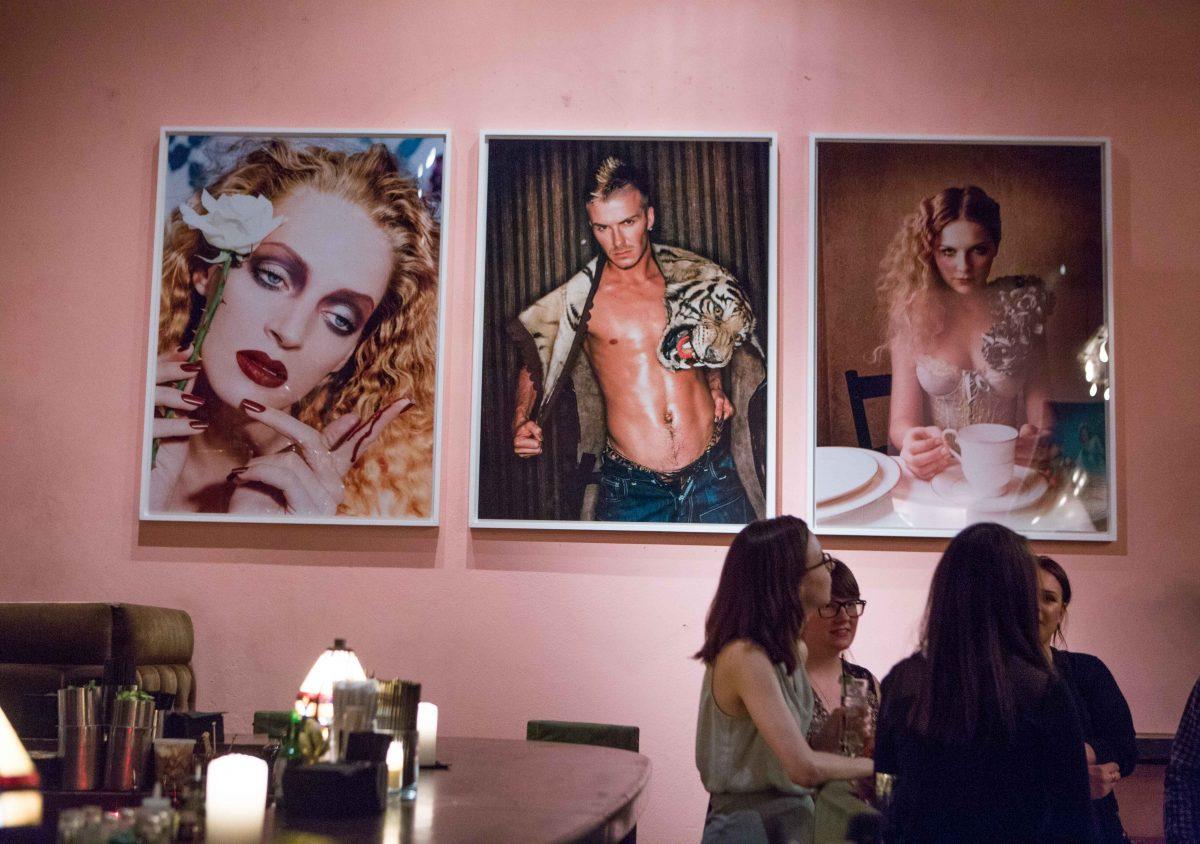 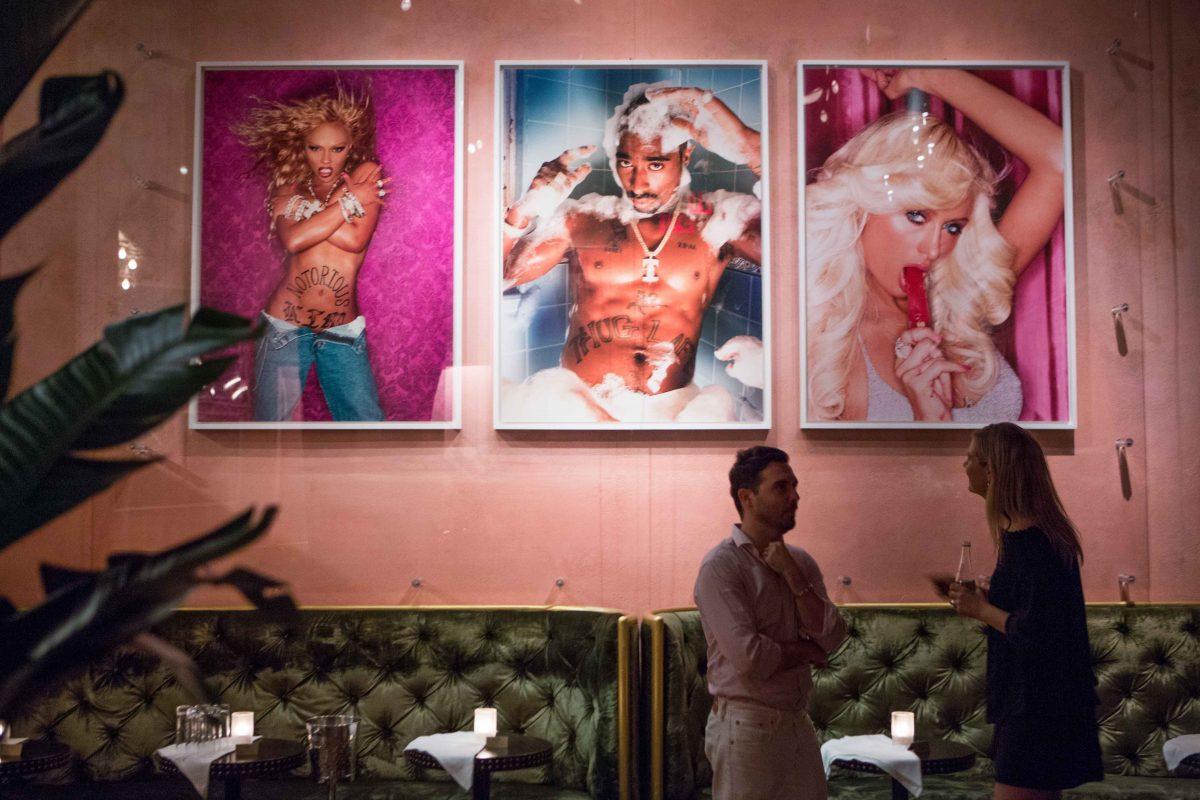 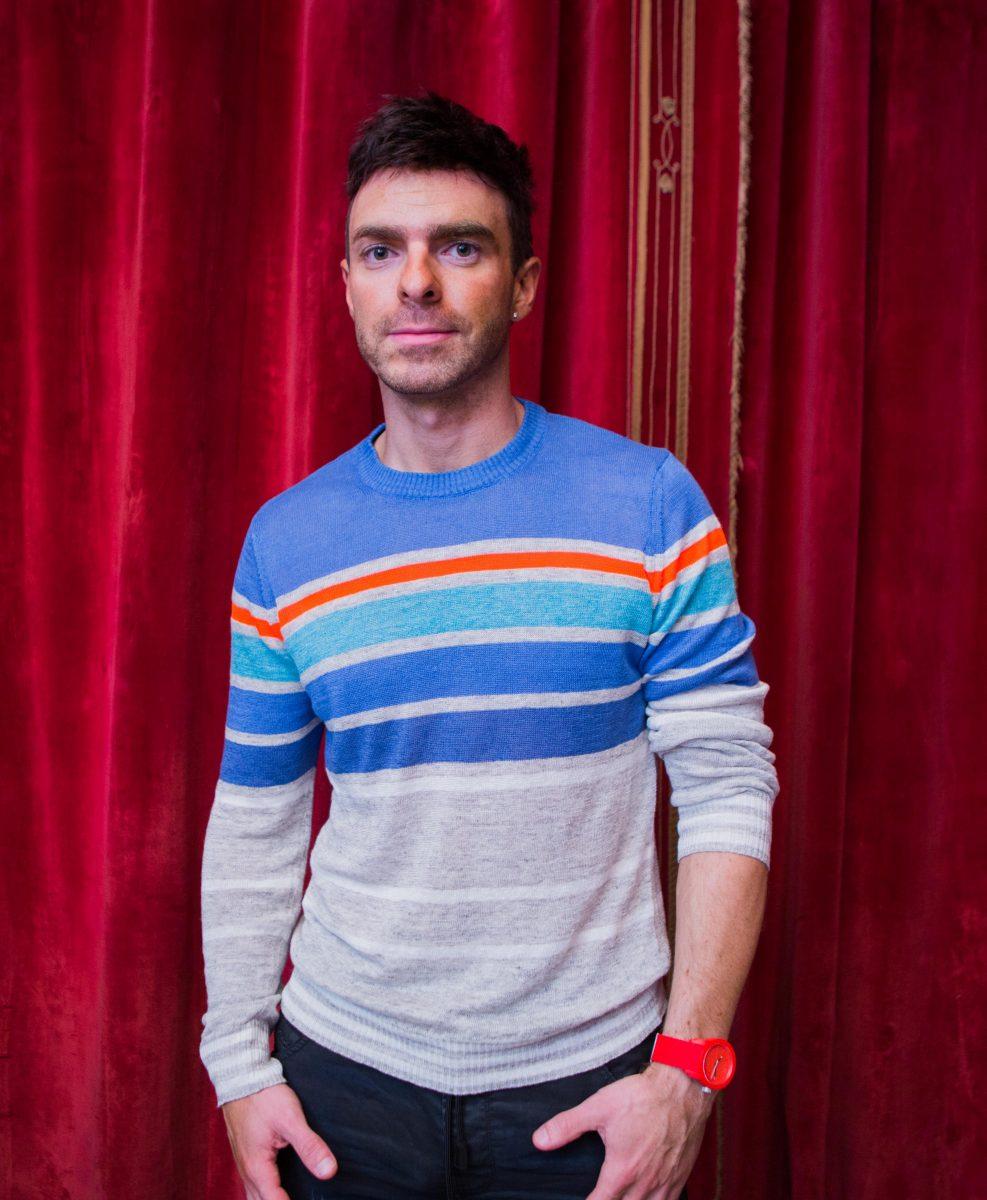 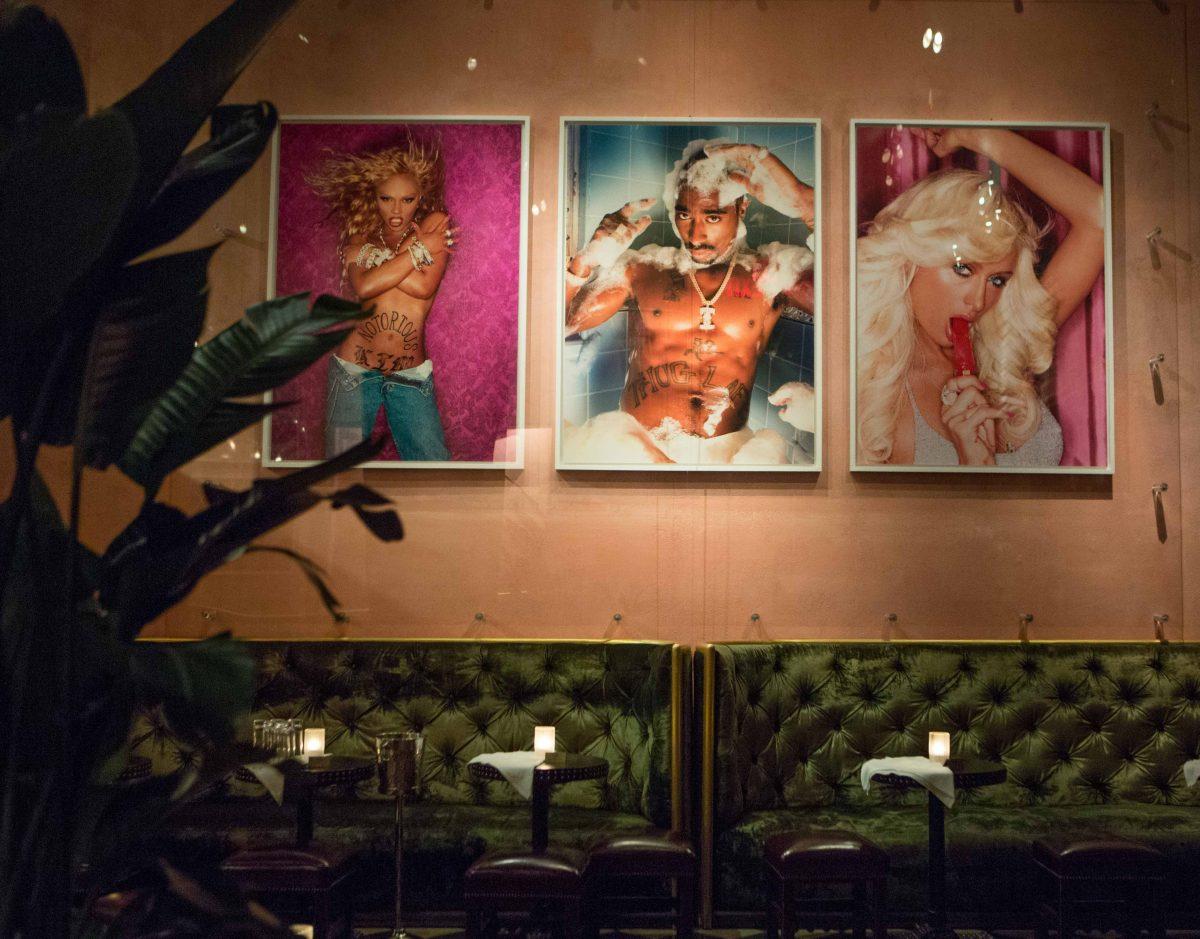 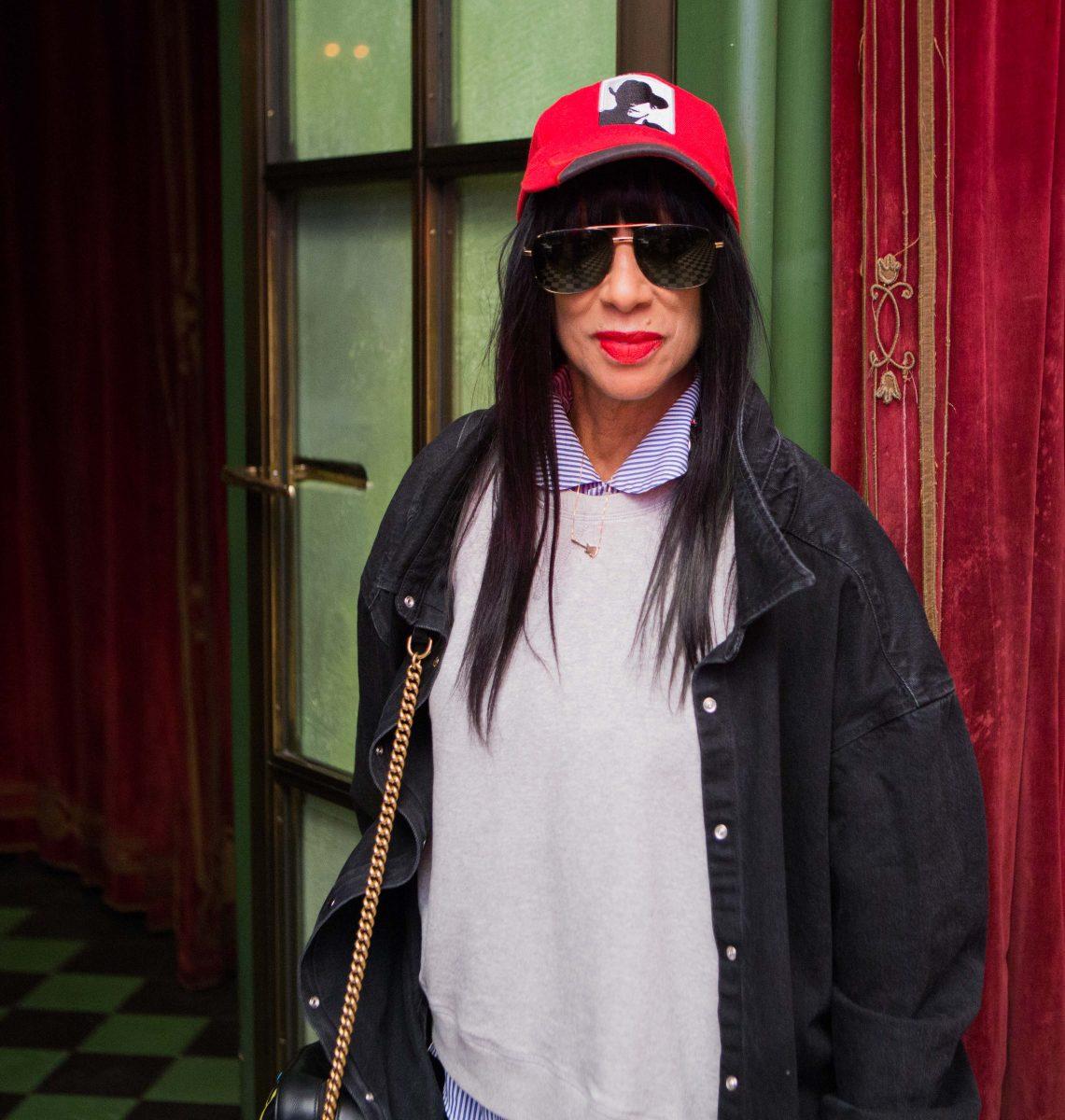 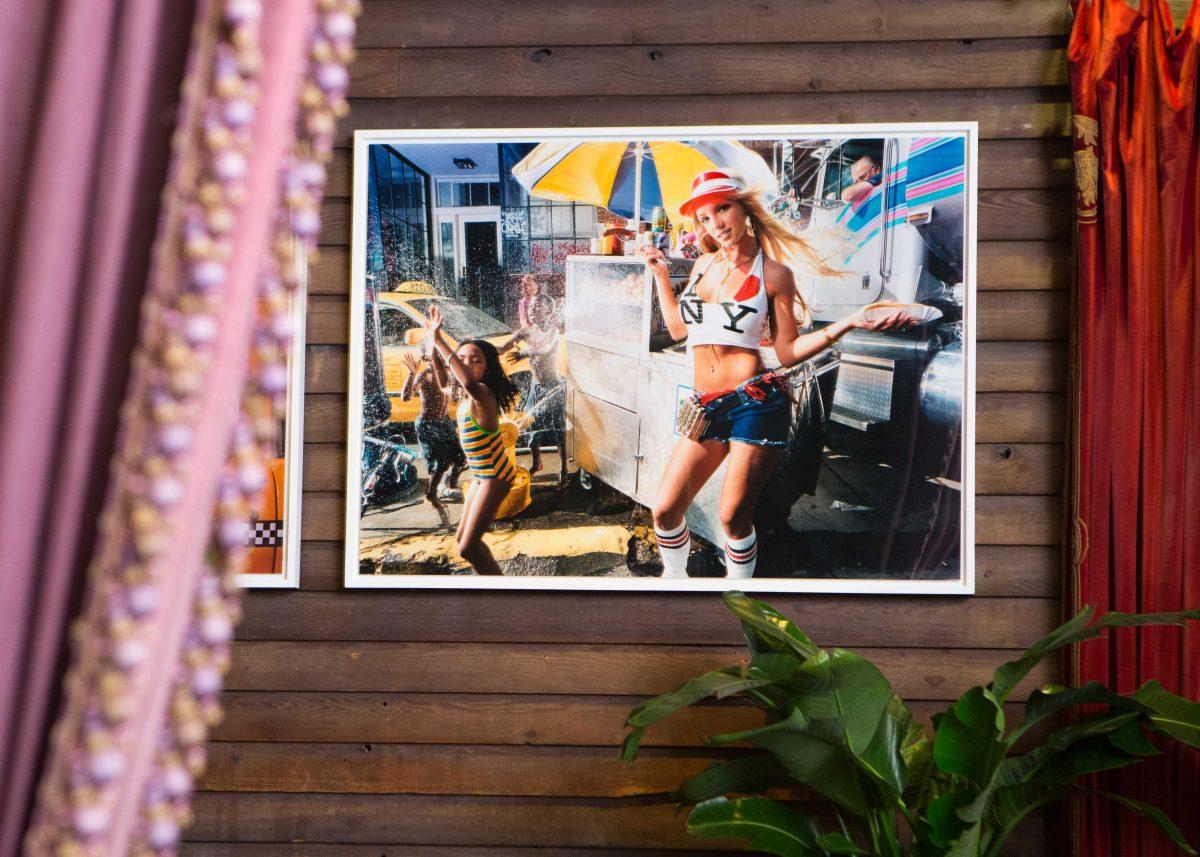