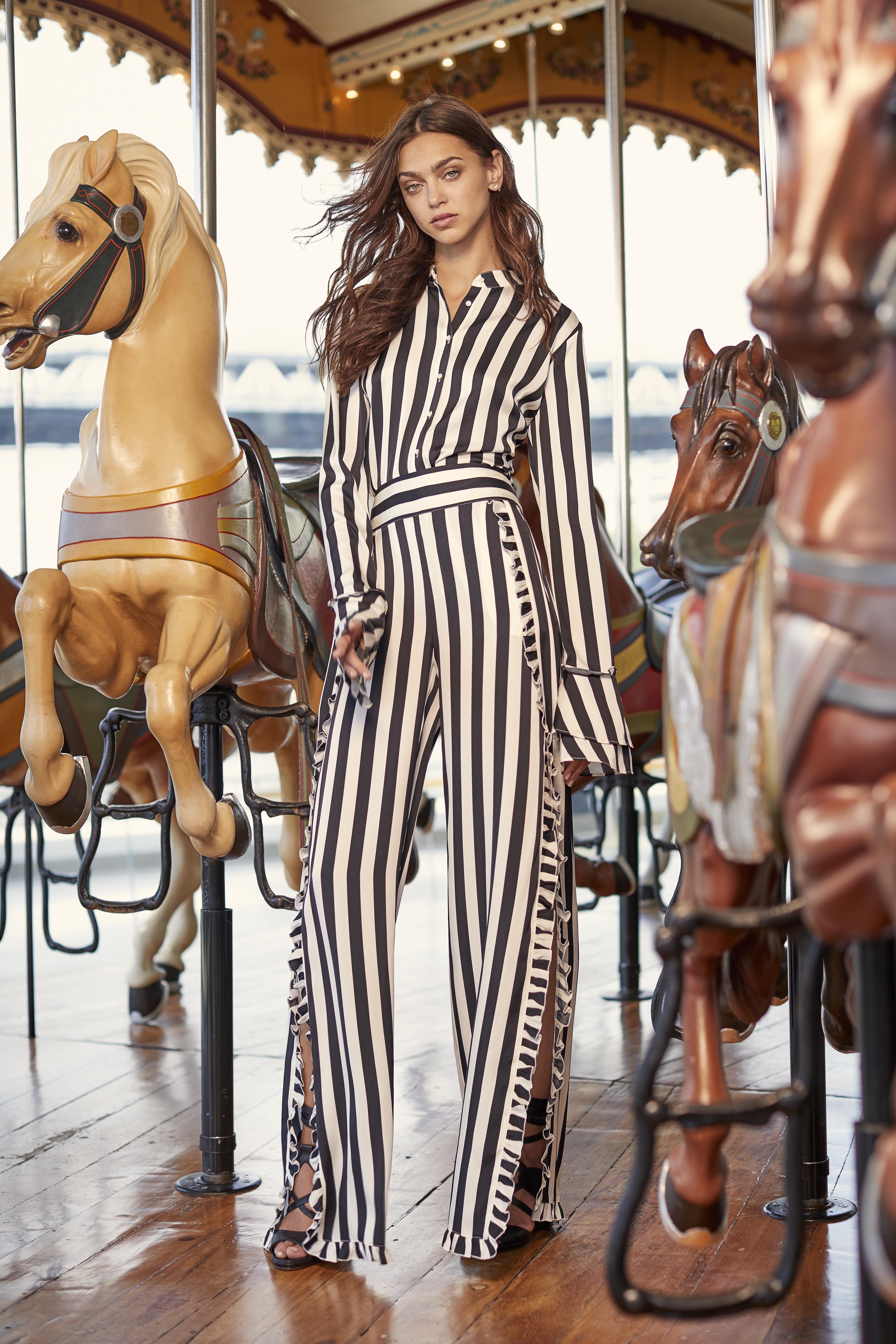 Nicole Miller invited editors across the Brooklyn Bridge to Jane’s Carousel in Dumbo to check out her latest for Resort 2018. The collection included sporty wide-leg pants and sweatshirts in silky eveningwear material mixed with feminine touches like ruffles on otherwise masculine looks like a black and white striped button down and matching pants. The latter was easily a favorite.

“We picked this location because it was sort of the juxtaposition of pretty and industrial,” Miller told The Daily. “The collection was the mix of pretty and hard. I brought in all the geometric to kind of oppose the ruffles. Everything’s been so ruffley—you can’t kill a ruffle these days. I’m not a ruffle kind of girl, but a little ruffle goes a long way. I was trying to make the patterns less sweet by having geometric patterns everywhere.”

After walking through the collection, Miller shared her earliest carousel memories, which surprisingly tie back to a scam artist. “We lived for a brief time in Syosset, Long Island and there was this place called The Jolly Roger, which was my first memory of an amusement park,” said Miller. “About 25 years later, I was working for a guy who was telling us this story one night about how he bought this old amusement park in Long Island. I said, ‘What was it?’, and he said, ‘The Jolly Roger.’ So, my boss had bought the old amusement park and he had closed it and was auctioning everything off. He found an auctioneer and got him to come in and auction everything off. But the auctioneer ended up splitting town and leaving the country with all the money! Isn’t that crazy?” A sweet story turned edgy—how apropos!

Afterwards, Miller fired up the Merry-go-round and took all of her employees and remaining guests along for a ride.