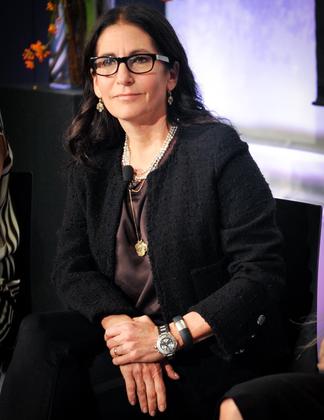 This week, we caught with make up savant Bobbi Brown at her posh Soho HQ while checking out her debut line of stylish frames with Safilo. The array of specs and shades that comprise Bobbi Brown Eyewear are meant to complement various face shapes and jive well with that signature, ultra-flattering, just-enough-made-up Bobbi makeup M.O. Read on for Brown’s thoughts on all things glasses, her latest culinary adventures, and more!

Why did you decide to foray into eyewear?
Well, I had the opportunity. I wanted to design a pair of glasses that I loved. I was having trouble finding the perfect frames for myself, so I started off by designing the ‘Bobbi’ frames. I realized that people have different face shapes—not everyone can wear the Bobbi. So I did a bigger-sized frame, then a smaller size, and we kind of went from there.

What’s the biggest faux pas on the specs front?
Wearing really unflattering, not-stylish glasses. I’d rather see someone wearing something too big and funky than a pair that’s not stylish.

It’s finally warm-ish! What’s spring all about for you?
Getting home from work, putting my sneakers on, and going for a run near my house in New Jersey. Hopefully I’ll get rid of the five pounds I gained sitting on my couch after coming home in the dark all winter!

How’s your vision?
I have astigmatism, so everything’s fuzzy. I always feel a little dizzy if things aren’t clear or sharp.

Loved your speech at Sunday’s Cherry Bombe Jubilee. What’s new in Bobbi’s kitchen?
My son and I both went to the grocery store separately and we bought the same exact food! We have so much broccoli.

Like mother, like son! What’re you cooking up lately?
The last thing I made was a cauliflower crust pizza. It was really good. It’s gluten-free and wheat-free. You use egg, parmesan cheese, and shredded cauliflower, bake it, and put some cheese on top. It’s delicious!

Mary Murcko Named Publisher At Self