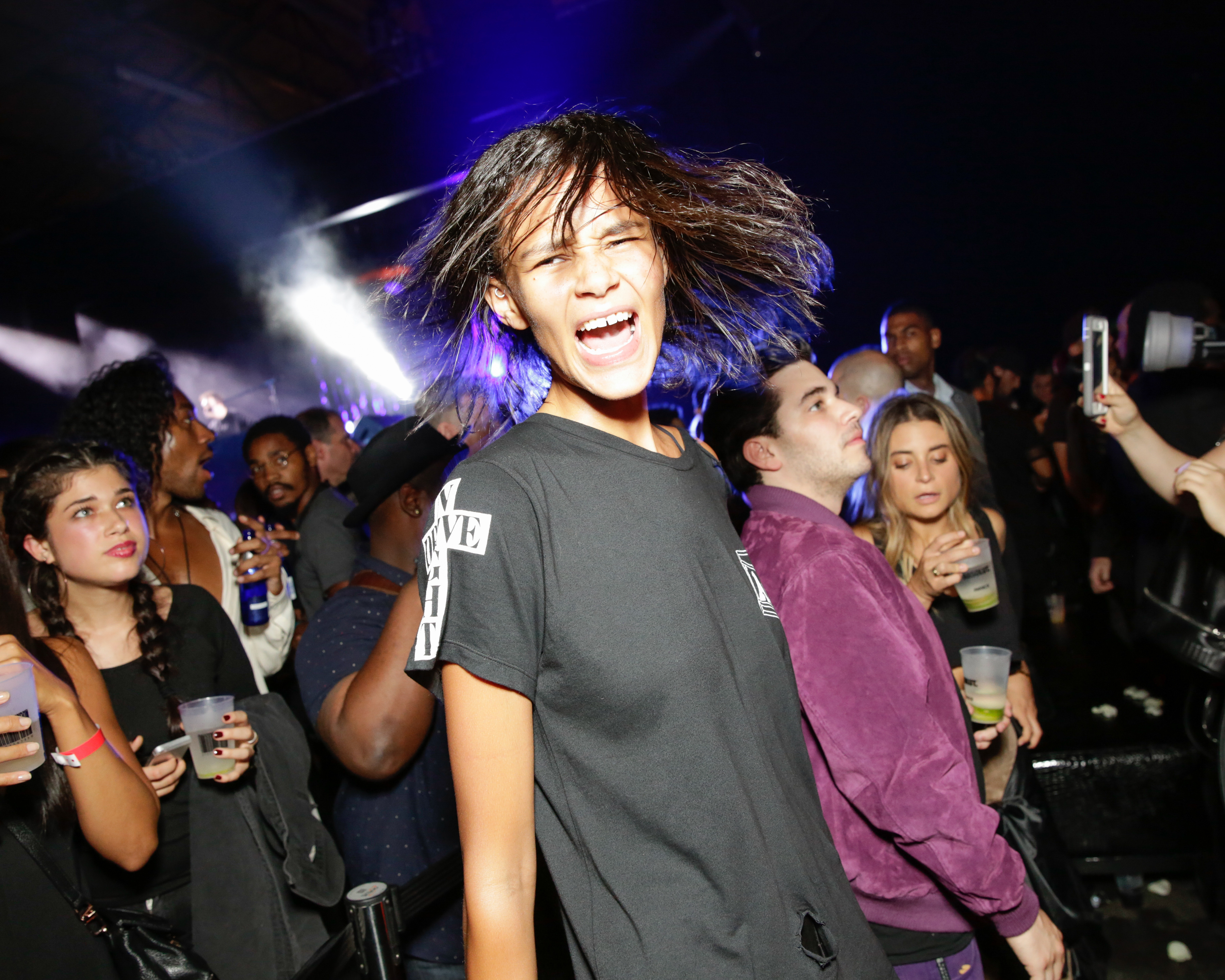 Alexander Wang’s Wild After-Party: All of the Details

Alexander Wang’s after-parties are legendary. Remember when Courtney Love performed at the old gas station by Milk Studios? Or the time he created a full-on amusement park in a parking lot? We could go on. This year, for his 10th anniversary collection Wang outdid himself. After the show, up went a screen unveiling a giant room at Pier 94 complete with dancers on stripper poles and Hooters babes with trays of burgers and hot wings. Hooters at a fashion show? You’ve got to love Wang for his brilliant sense of humor. We asked the chicsters in the crowd when they were last at Hooters, and not one person we interviewed had ever even been to a Hooters…or at least they weren’t confessing. What’s more? Those poles were frequently spritzed with bottles of water featuring a dollar bill with Wang’s face on it.

The crowd went wild at the after-party with the models, in particular, really letting loose. Wang is a marketing genius and a hype machine in addition to being a designer, and the energy surrounding his shows and parties is contagious. Later in the evening, Wang took to the stage near the DJ booth to announce that there would be not one, but several surprise performances for the evening. It started out with an energetic showing by Tinashe and her backup dancers, followed by a brief set by A$AP Rocky, and much, much later Ludacris and Lil’ Wayne took to the stage. When we left, there were still swarms of people trying anything and everything to get in the door. Let the images speak for themselves!