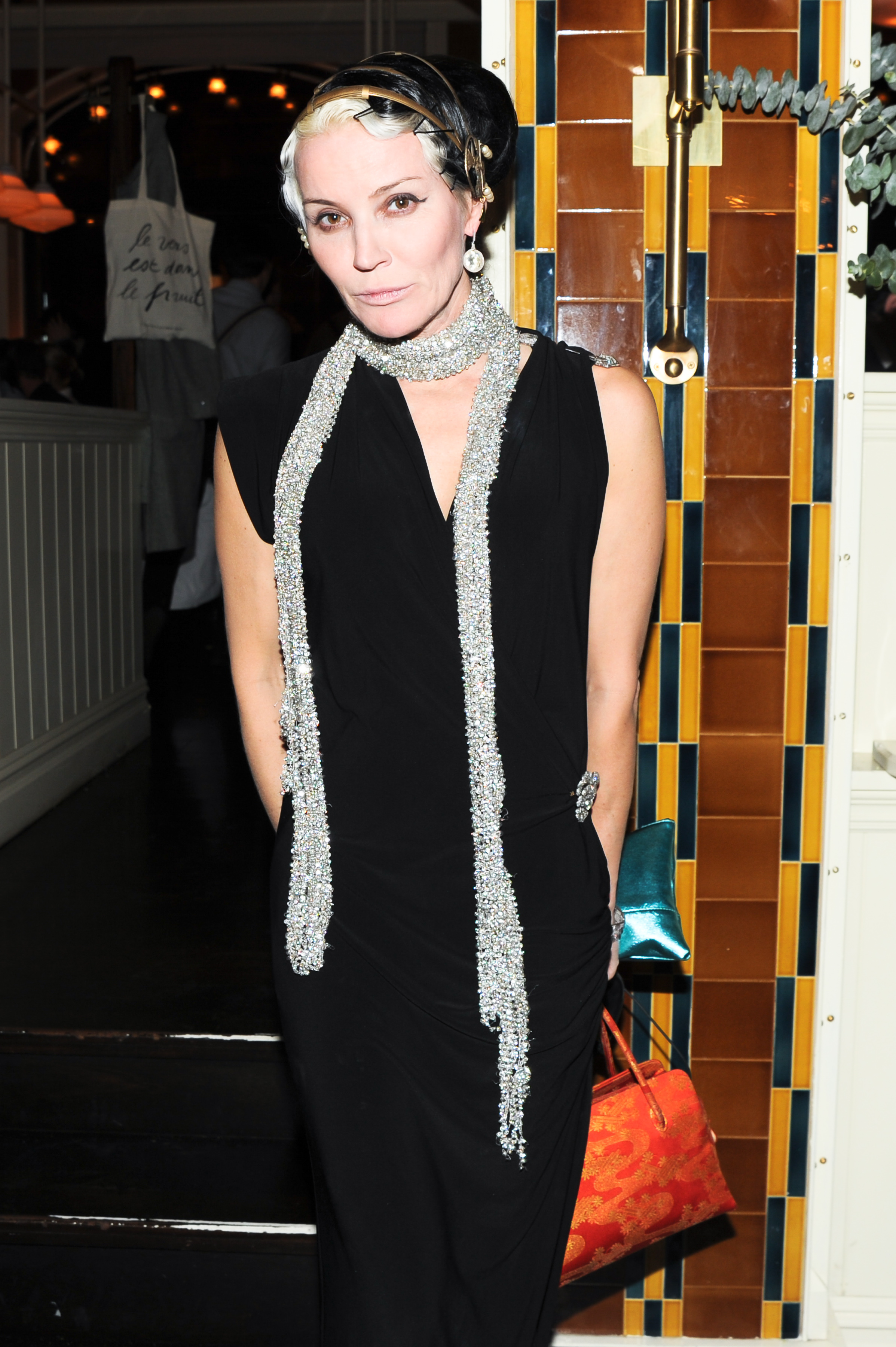 If you’ve been wondering where fashion scene regular Daphne Guinness has been of late, we’ve got news for you: She’s been recording her first album. The socialite and fashion icon (or fashion eccentric, to some) has been spending most of her time holed up with Tony Visconti, a superstar producer known for working with the late David Bowie. Her album, Optimist in Black, is scheduled to be released sometime in May.

Two years ago, Guinness dipped her toes into the music world with a single titled “Evening in Space,” which was accompanied by a trippy video directed by David LaChapelle (see below). Visconti produced the single and Guinness wrote and sang her own lyrics in futuristic clothing by Iris van Herpen and Noritaka Tatehana. We can’t wait to see what Guinness will be wearing come time for her big album tour.