Zimmermann's Nicky Zimmermann Fills Us In On Their New Outpost 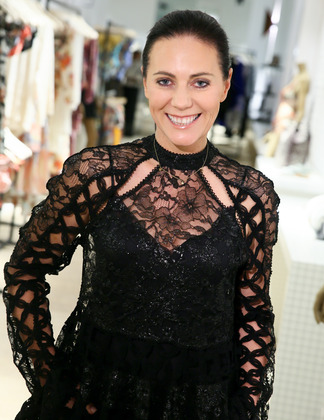 It’s a G’Day for New York when Australian designers’ Zimmermann officially opened the doors to their new digs at 55 Mercer Street in Soho. Before she welcomed the fashion folk to a kick off party on Wednesday night to celebrate, Nicky Zimmermann filled us in on the new store and their plans to keep going and going and going…

Why is this the right time for a new Zimmermann flagship?
This all happened when the lease was up for us on the other store, which worked out really nicely for us. The size of the store was the most important: we wanted to show our whole collection.

Tell us a little about the boutique’s look.
We wanted the store to have a salon feel. Our architect, Don McQualter, wanted to make the store look comfortable but quite industrial as well. It’s a mix between strong elements and I think that it worked.

What are your favorite features of the store?
The thing that I loved in particular was the giant wooden lights when you first walk in. McQualter is a little bit like me; there’s sort of a Seventies vibe to what he does and I just think he has the coolest ideas! I loved how he replaced an old window pane with mirrors.

Where else would you like to open up stores?
I’m driving to the Hamptons this week to check out stores. There is a spot in East Hampton that we have our eye on. From there, we want to open up more stores in New York, hopefully on Madison Ave. or in the West Village.

Where were you before you arrived in New York?
I literally was home in Australia for a day and a half before I came here. Before that I was in the Cook Islands for a swim photoshoot, which is really quite remote from New York! It’s a six-hour flight from Australia and you cross the International Date Line, so you lose a day, which is really weird. But it was an incredibly beautiful place.

Where do you usually hangout when you’re here?
I’m lucky that I have some good, old friends that live here, so I get to hang out with them. We go to some nice restaurants and good bars; sometimes it’s the newest place and sometimes it’s just an old favorite. But there are so many incredible restaurants to go to in New York City that you never really have enough time! There was a new one that I went to the last time called Ladybird and I really loved it. I love The Dutch, and Lafayette, too. There are just so many…

Zimmermann’s Fall ’22 Collection Is Written In...